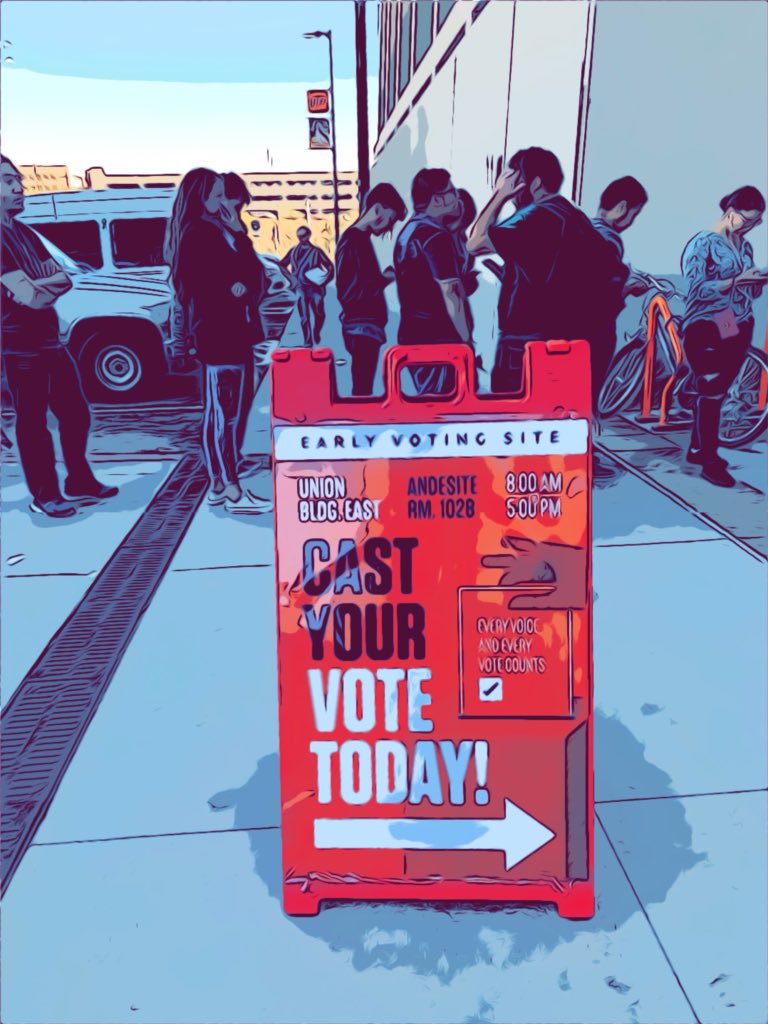 Turnout by younger voters in El Paso is skyrocketing, driving a voting surge that continues to lead the state. This was evident at the mobile early voting station at UT El Paso Thursday, Oct. 25. In all, 1,267 votes were cast on that Thursday, the first of two mobile voting days on campus. Early voting was also available on campus Friday, Nov. 2. At UTEP, voters said they were there for a variety of reasons. Student and veteran Fred Matney sought to lead by example.

Student Kaelin Walker had stronger words for what drove her to wait up to an hour to have her say in the election.

Walker was also proud of her role in Tweeting to get the attention of Pizza to the Polls, a non-profit organization that sends pizza to polling places with long lines. In the end, 25 pizzas were delivered to campus. Nearly 10,800 people age 18-29 had cast ballots as of Sunday’s seventh day of early voting, accounting for almost one in every eight people who voted by that point. At UTEP, most didn’t seem to mind the long line, but were determined to get their vote in. In 2014, young voters accounted for only about one in 12 voters in El Paso; during early voting that year only one in 20 voters was under age 30. And younger voters can continue to grow their influence on the 2018 El Paso election.

The percentage of voters age 18-29 has increased during each day of early voting, and that age group makes up 24 percent of all El Paso registered voters. Young women in particular are showing huge voting gains, already up 67 percent over the 2014 vote total for women 18-29.  More than 55 percent of voters 18-29 so far have been women.

UTEP student Ashley Soto said she wanted to use her vote in order to be heard.

For more information on the young voter turnout and day-to-day election analysis, go to KVIA.com. https://www.kvia.com/november-2018-election