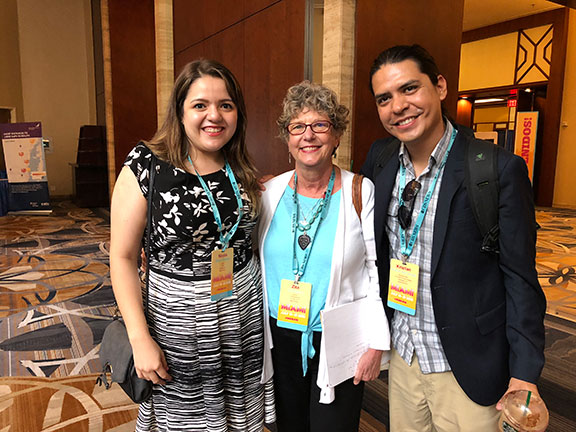 This year is marked by a major NewsMatch fundraising campaign to expand student journalist training, launch of a cross-border community engagement project; and expanded reporting about the borderlands. A 10th anniversary celebration showcase of student photography Nov. 19, 5:30-7 p.m. at UTEP’s Centennial Museum. Please join us.

As this year of polarizing, fear-mongering political discourse about the border comes to a close, I bring you good news about Borderzine, the online magazine we launched a decade ago to prepare new generations of bicultural news professionals and ramp up coverage of the U.S.-Mexico borderlands.

The news lab experiment that began in a basement computer lab of the UTEP Communication building – just a stone’s throw from the colonias of Ciudad Juarez – Borderzine is poised to make even greater contributions to the national effort to create diverse newsrooms that reflect who we are as a nation.

Here’s our promise to you as we look to the future: another decade of hard work to increase the pipeline of journalists of color working in news media by training one student journalist at a time and sharing the untold stories of the border region with the rest of the world.

It’s alarming that after several decades of news industry efforts to boost diversity in newsrooms, less than 4 percent of news media professionals at national media outlets are of Hispanic/Latino background. Even more distressing is that less than half of that tiny percent hold news management positions where they can affect future hiring and news coverage. The most recent issue of the Columbia Journalism Review focuses on the diversity challenge and can be found here.

It’s clear that queda mucho por hacer – there’s still much to do – until newsrooms accurately reflect the growing diversity and changing demographics of our communities.

In the meantime, allow me to brag a little about our achievements in journalism on the border. Since our launch in December 2008, Borderzine has helped place dozens of bicultural journalism grads in major newsrooms such as CNN, the Washington Post, Houston Chronicle, Dallas Morning News, Al Dia, Univision, Telemundo, the Associatee Press among many others.  One has reported for the AP in Mexico, Brazil and now Miami; another is currently on assignment to cover the refugee crisis in Central America; several are producing or reporting on sports for ESPN; one now sits on the CNN digital news desk in Atlanta.

Most of these young journalists were born or raised on the U.S.-Mexico border, many speak two languages, and they all possess the binational, bicultural sensitivity so necessary to accurately report on issues in our interconnected world, where global and local more often than not converge. We are proud that their career development began in our newsroom-classroom where they honed their reporting, writing and multimedia skills.

Over the past 10 years, more than 400 Borderzine student reporters have published hundreds of multimedia stories in English and Spanish about the border region’s unique life and culture. Starting in January we will work with journalism students and professors in El Paso and Ciudad Juarez to develop news media products to dispel negative stereotypes of the border region and tell the real story of fronterizos, what we call those of us who live and work here.

In the meantime, below are a few of my favorite Borderzine stories. Please read and share them on your social media. Please click on the headline to go to the story:

Mexicano, Chicano or pocho: Who am I?

If you like what you read, I urge you to contribute to this exciting and ongoing work through the national NewsMatch campaign. Each individual dollar donation is matched dollar-for-dollar through Dec. 31.

Our hope is to raise at least $25,000 in individual donations to provide more real world training and experiences to students through internships, professional development opportunities and study abroad. And please sign up for our weekly newsletter here.