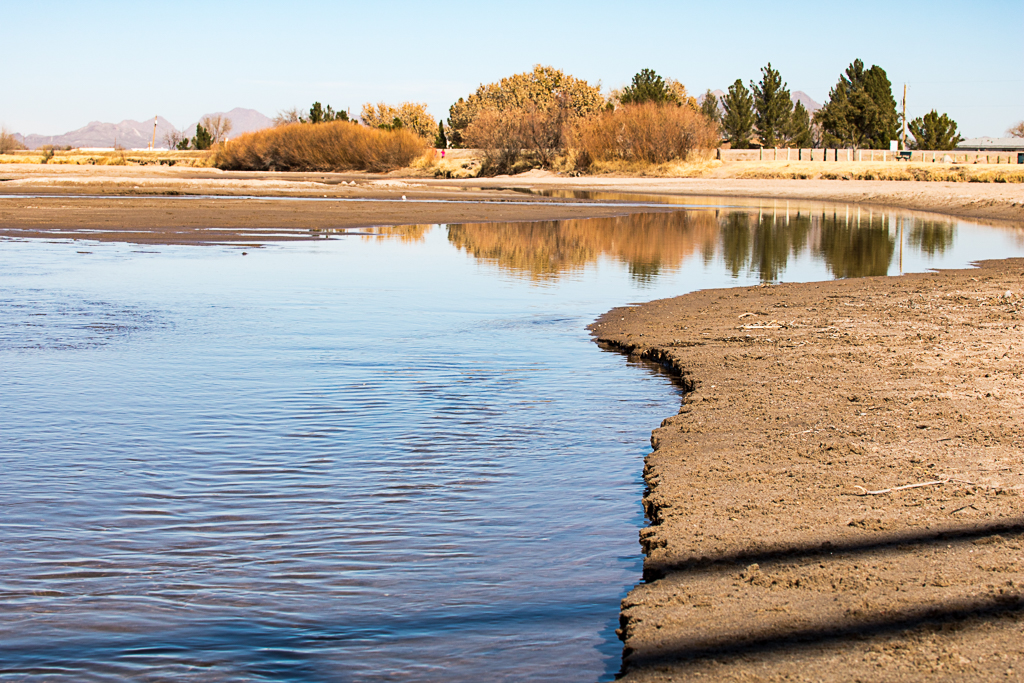 The Lower Rio Grande in New Mexico extends from Elephant Butte Dam to the border of Texas and Mexico. These photos were part of a student photography project in the spring 2018 semester at UT El Paso when the river flow was reduced for the season. The images were taken along the river between Las Cruces and Sunland Park, New Mexico.

According to the New Mexico Office of the State Engineer Interstate Stream Commission: “The Rio Grande Project consists of Elephant Butte and Caballo Reservoirs, multiple diversion dams and several hundred miles of canals and drains within New Mexico and Texas. The project was designed to provide a reliable supply of surface water to specific lands in what are now Elephant Butte Irrigation District (EBID) and El Paso County Water Improvement District No. 1 (EPCWID1), plus 60,000 acre-feet/year of water to Mexico under the terms of a 1906 treaty. The allocation of Project water to New Mexico and Texas lands is approximately 57 percent and 43 percent respectively. Water is released from Caballo Reservoir during the irrigation season and diverted at the Percha, Leasburgand Mesilla Diversion Dams for use by New Mexico farmers in the Rincon and Upper Mesilla Valleys. Water is also released from Caballo Reservoir and diverted for use by Texans in the Lower Mesilla Valley and at the Mesilla Diversion Dam for use by Texans in the El Paso Valley. “