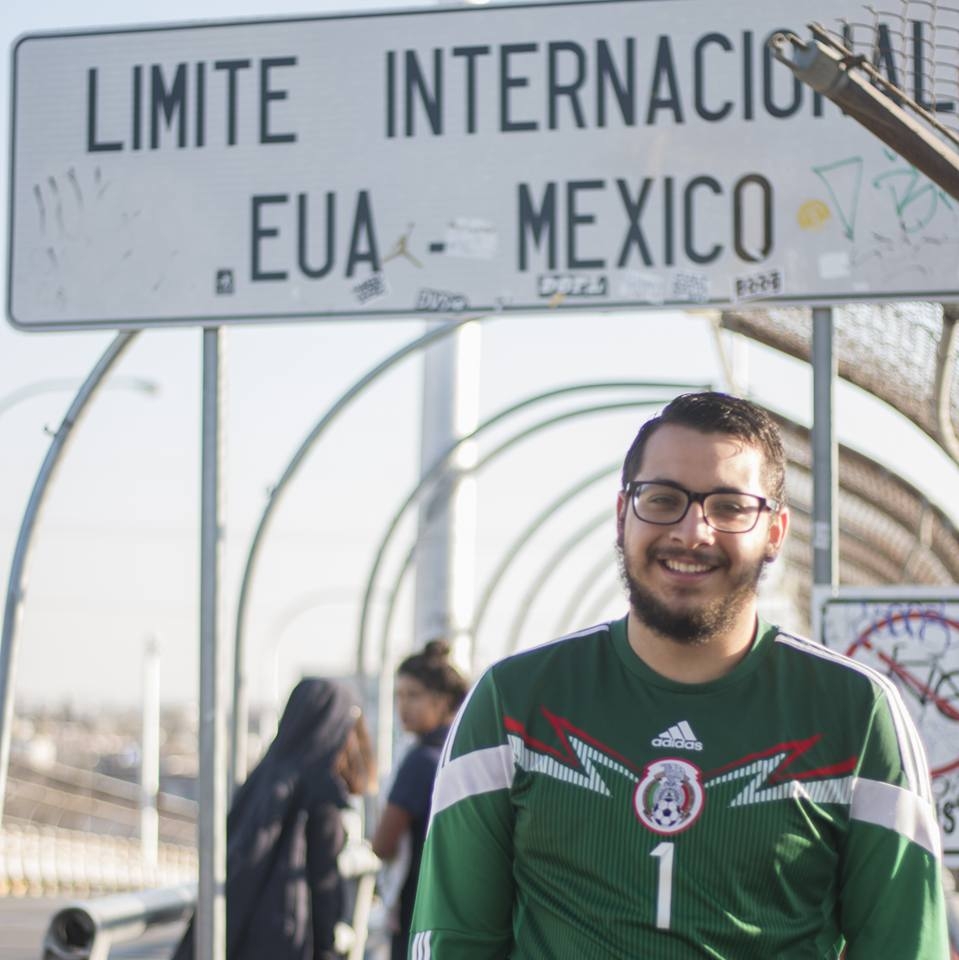 As a child of the U.S., Mexico border, I’ve recently found myself lost between languages, cultures and racial terms like Latino, Hispanic and Mexican-American. Do I know who I am and where I belong to? No.

Many children born in the U.S. whose parents were born in other countries grow up with the opportunity of learning two languages and the history of two countries—but at what cost does this come with?

A couple of weeks after I was born in Denver my mother brought me to her hometown of Ciudad Juarez Mexico, where I would spend the first seven years of my life. I saluted the Mexican flag before the start of each school day when I attended elementary school.

At first I identified as Mexican because I spoke only Spanish until about third grade. Further proof of my Mexicaness was demonstrated when I would cry whenever Mexico’s national soccer team would lose a game.

I would wake up to the songs of Mexican singers like Pedro Infante, Los Tigres del Norte, Mana and of course some of the best hits of Juan Gabriel.

My parents, grandparents and great-grandparents were born in Mexico. So, I guess all that made me Mexican, right? I was a young kid who was sure and proud of his identity. But that all changed when I stepped across the border.

My mother never liked the education system so before I could even learn about Mexican history and the importance of that history I was forced to move back to the U.S. I was not happy to be leaving my house, my father and everything I knew behind to go to Denver with my mother.

Before the move to the U.S. I started asking questions about who I was and what term would best fit my situation since I was born in the U.S. and not Mexico. My parents told me that I was Mexican-American and that I had a chance to learn about two cultures.

Unfortunately for me, my mother relocated us to a neighborhood with a school where 95 percent of the students were white and didn’t speak Spanish. I didn’t know a single word of English.

I was often bullied in school. The other kids made fun of me and told me I didn’t belong in the U.S. A few kids called me a “wetback” and said I wasn’t supposed to be here because I was a Mexican who couldn’t speak English.

I was confused because this was the first time where I encountered a problem with my race and ethnicity. For the first time, I saw how people were bypassing who I really was based on my skin color and language.

And on top of that, whenever we would visit Ciudad Juarez, my family members would tell me that I was “gringo,” that had forgotten my roots and that in a couple of years I would stop speaking Spanish. They said I couldn’t say I was Mexican because I was living in the U.S. and I would hardly visit Mexico. If I wasn’t good enough to be a Mexican or an American, how could I even consider myself a mix of two nations? When I started to realize these things I lost sense about who I was and where I belonged. Not having an identity I felt secure in has affected me deeply, especially when I went through a long period of depression in my junior year in college.

One of the big things I felt I was missing was a native knowledge of Mexico’s history that I would have learned if I attended school there. Instead, I learned the U.S. version of history where white people are seen as the heroes while minorities are shown as a threat to public safety. That led me to decide to minor in Chicano Studies to learn more about the history of conflict people from Latin America have had to navigate in this country.

I hated the feeling of not knowing where I belonged, so in the summer of 2017 I traveled to St. Louis for an internship at the St. Louis Post-Dispatch with the hope of gaining some insight into my identity situation by being in a place where there were few Latinos.

As I would walk through the hot streets of the Missouri city I saw how black and white people looked at me differently than I was used. I felt as if they were asking themselves if I was an undocumented immigrant.

Even so, while I was in St. Louis I felt more comfortable than I ever have in El Paso. I can’t explain it, but there’s just something about living in this border town that makes me question myself all the time. My next move will be away from the border to try another community where I might be able to be myself without having to always be thinking about whether or not I belong.