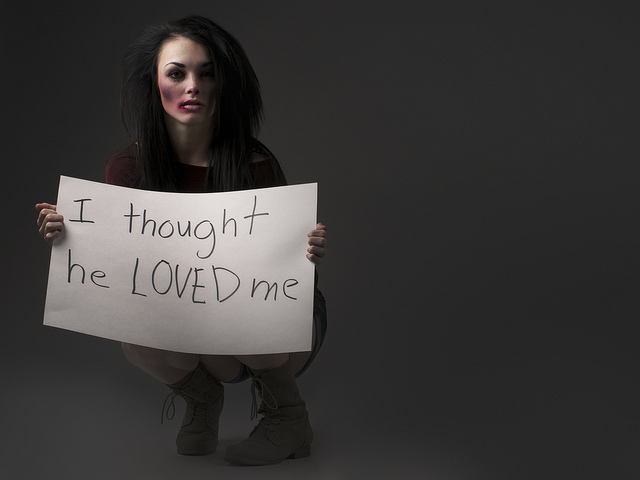 EL PASO – Domestic violence reports are on the rise in Texas, which may be a sign that community education efforts are helping more victims to speak up. Samuel Horstman talks about the services the CASFV provides for victims. Photo by Ashley Favela / Borderzine.com

“In 2015, there were nine deaths in El Paso County making us the third highest in Texas,” said Samuel Horstman, community relations specialist for El Paso’s Center Against Sexual and Family Violence, which works to confront and prevent domestic violence, which can worsen over time.

The Center Against Sexual and Family Violence has provided services to combat sexual and family violence in El Paso since 1977. In 2016 they served nearly 4,000 people – 74 percent were women, 25 percent were men and about 1 percent were transgender clients.

“The number has not been changing but rather a number of reported incidents has risen,” he said.

Efforts to get people to report abuse are the first steps in getting them help.

“The real concern that goes along with domestic violence victims is that people don’t want to report it because they’re scared, they’re ashamed,” said Horseman.

Although a majority of domestic violence victims are women, men also experience abuse, he said.

A person who is facing domestic violence may not always recognize the signs. Domestic violence is a physical or emotional attack by someone “within your family or somebody that lives in your household,” Horstman said.

According to CASFV, there are six key signs of behaviors in relationships that can be considered domestic abuse. It is not a healthy relationship if your partner:

Family, friends and others should also know how to recognize signs that someone they know is in an abusive relationship, Horstman says.

The CASFV offers a variety of services to anyone suffering from abuse. The organization has a 24-hour hotline, known as the Hope Line, that people can call for help. The organization runs an emergency shelter at a confidential location. The center also offers advocacy services that help victims, survivors and their families with protective orders, access to support groups, therapy and support through the entire process.

“We help everyone regardless of your past, criminal history we do help you because you’re a victim of domestic violence or sexual assault you do deserve help,” said Horstman.

One of the big challenges in a community like El Paso is protecting undocumented immigrants who are victims of domestic violence.

Horstman says a lot of the time aggressors will tell their victims who aren’t documented that they will report their status to the authorities, threatening to have them deported and take away their children.The center offers immigration services for clients.

The Center Against Sexual and Family Violence will be hosting its annual fundraising event, an evening of jewelry shopping called Lend Us Your Ear, at 5:30 p.m. on Thursday, Sept. 28 at the Epic Railyard. Tickets and more information are available at this link.