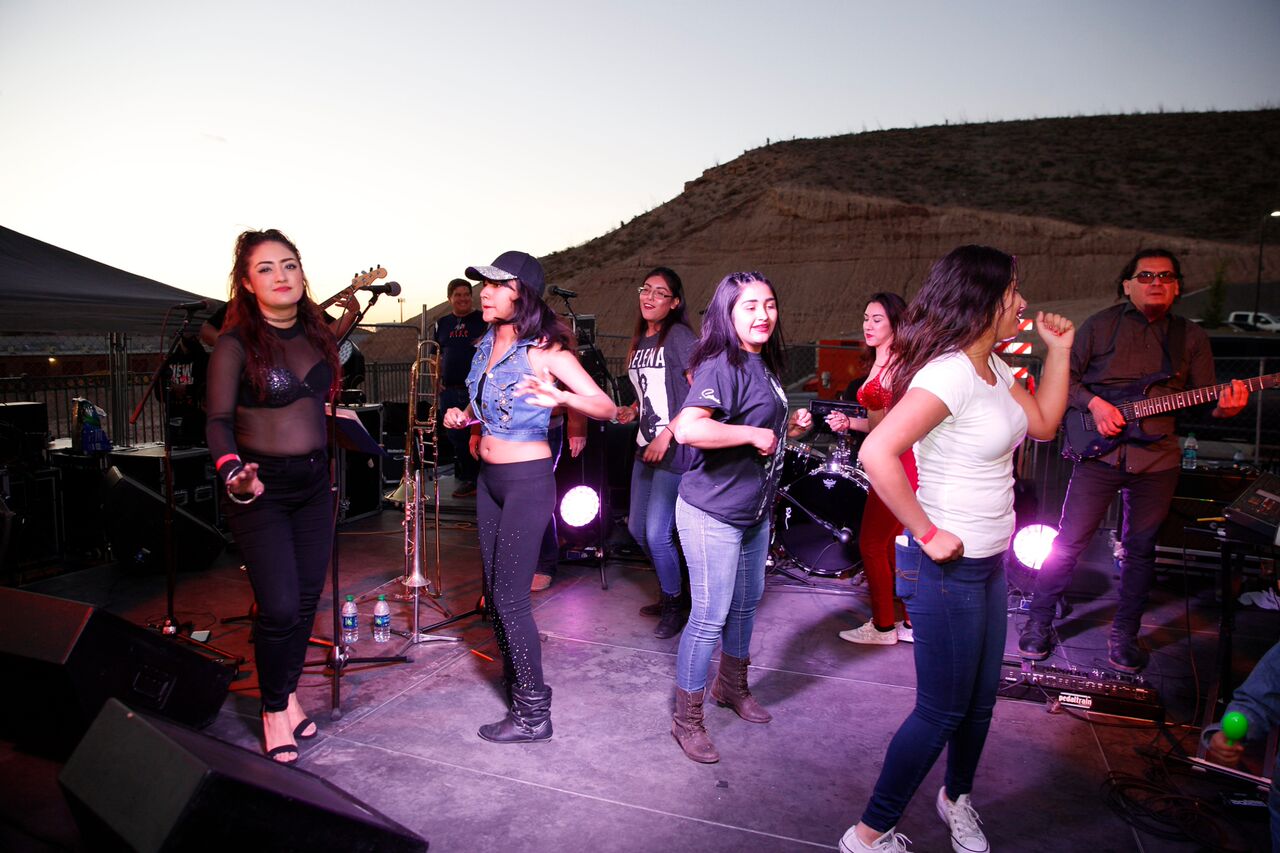 “Anything for Selenas,” the iconic line from the 1997 Selena Quintanilla-Perez biopic starring Jennifer Lopez, still sums up the feeling many El Pasoans have for the late Tejana songstress.

The crowds turned out for a weekend of honoring the singer’s life sparked by the Selena Celebration movie festival at the Alamo Drafthouse at Montecillo March 31 through April 2.

The festivities began with a party at the Later, Later bar, 109 N Coldwell The whole night belonged to the “Reina de la Cumbia” as people cheered, danced and sang along to all her hits.

The Alamo Drafthouse had six screenings of the movie “Selena.” The $12.99 tickets included access to the April 2 Bidi Bidi Banda concert by an Austin tribute band in the theater’s parking lot. Those not attending movie screenings were able to attend the concert for $5. El Paso’s own Selena impersonator, Diamond, was the closing act.

The weekend celebration included a photo booth, and a Selena look-alike contest,  The Glass Half Full Taproom at Alamo presented Selena trivia and karaoke on April 1.

Here is Selena’s last performance in El Paso, Tx in 1994.