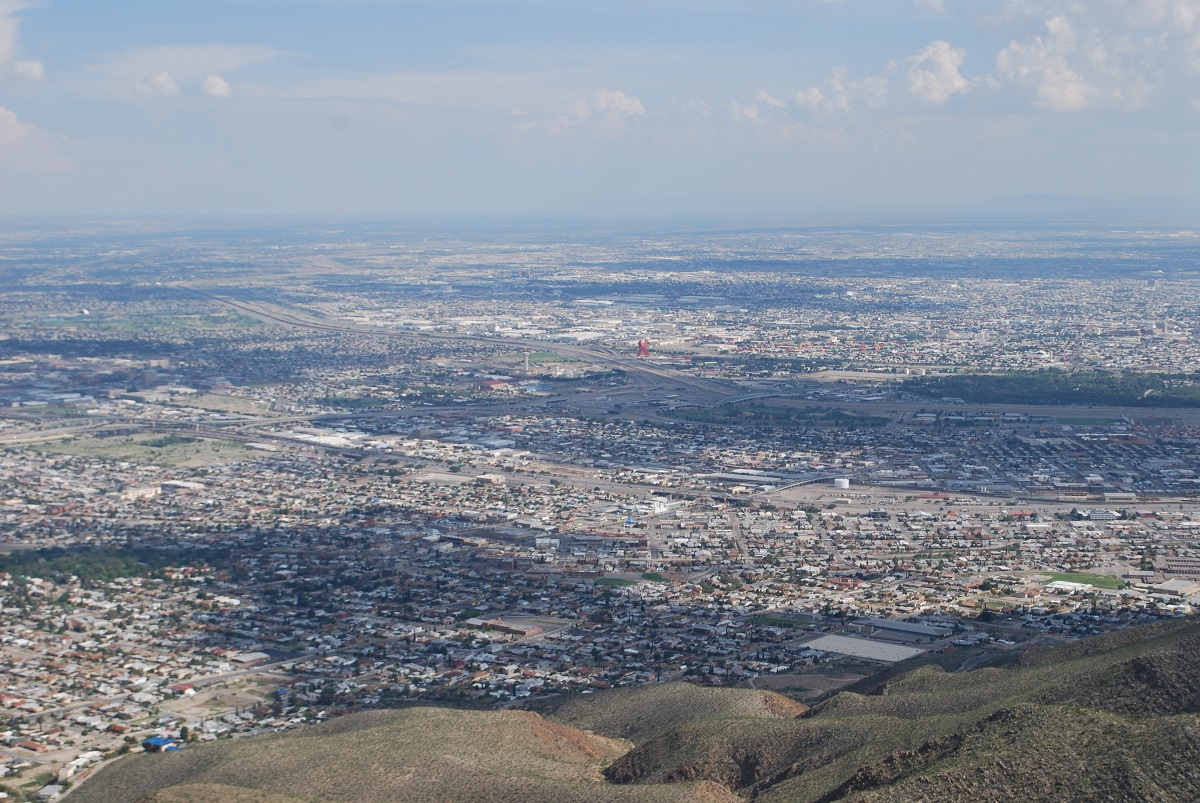 A view of the El Paso/Juarez metropolitan area. Photo by Nora Rausch / Borderzine.com

In a study published in the September issue of the International Journal of Environmental Research and Public Health, researchers at the University of Texas at El Paso and Northeastern University looked at school performance among fourth and fifth-grade public school children in El Paso. They found that children exposed to higher levels of airborne toxins had lower grade point averages,

Study author Stephanie Clark-Reyna, a second-year doctoral student at Northeastern University who attended UTEP as an undergraduate, said she hopes the research will have an impact on how El Paso addresses its unique air quality issues.

“Air quality in El Paso is concerning because of the trucking industry. Last time I looked it up, something like 800,000 trucks passed through a single port of entry in one year,” Clark-Reyna said.

She points to another study that found adverse health outcomes in people who worked at international ports of entry, because they were exposed to high levels of diesel particulate matter, which she said “is a huge problem.” “The scary thing about these chemicals is that they are ubiquitous in the environment and can be found nearly everywhere,” she said.

In addition to a large binational trucking industry, the study cites other causes of increased airborne MDs in El Paso, primarily the “numerous large scale polluting facilities such as Western Refining, Phelps Dodge Copper Products, and those associated with Fort Bliss and its US Army Air Defense Artillery Center, as well as a high flight volume international airport,” all of which contribute to higher levels of MDs in El Paso County. The El Paso study also found indications of air pollution’s impact on body weight, where children exposed to higher levels of MDs also had a higher body mass index. The study data supports the hypothesis that MDs contribute to a higher BMI, which, in turn, leads to a lower GPA.

During the study, Researchers controlled for eight other variables that are also associated with lower academic performance, including qualifying for free or reduced price meals, the level of the mother’s education, teenage motherhood, the mother’s race, the mother’s English proficiency, as well as the child’s age and sex.

Clark-Reyna said overall there is a great need for chemical policy reform and “innovation to reduce the amount of toxics that are released into the air from factories and refineries.”

Researchers focused solely on airborne MD’s, but they are found in everyday personal care products such as shampoos, lotions and perfumes, and in cleaning products, and food packaging, according to Clark-Reyna.

“To be honest, it is harder to avoid the chemicals in the air since you have to go outside and breathe air,” Clark-Reyna said.