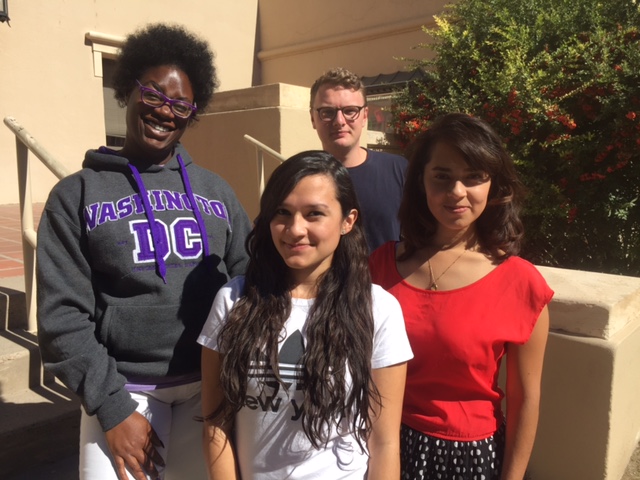 This year’s contentious presidential election will most surely be remembered as one that broke new ground on many fronts: first woman on the ballot, first business tycoon/political outsider to run for the oval office, first time hot button issues of immigration and free trade made it to the national debate stage.

After election day we’ll also know whether the race for the White House has produced a long-awaited milestone regarding the national Latino vote, which many believe to be a sleeping giant that will soon wake up to vote in large enough numbers to affect the outcome of a presidential election.  This remains to be seen.

A question in the minds of many is whether Latinos will be motivated to cast ballots in greater numbers than before because of Republican Donald Trump’s anti immigrant rhetoric and hate speech against Mexicans, Latinos and others, and promises to stop illegal immigration by building a “beautiful wall” between the United States and Mexico. Mexico will have to pay for it, he has said.

Some election experts remain skeptical about predictions for a larger than usual turnout of Latino voters, But others insist there will be a significant surge in the Latino electorate, fueled in part by the “Trump effect.”

A study by the advocacy group NALEO Education Foundation, for example, predicts that 13.1 million or more Latinos will vote next month – about 2 million more than the number that voted four years ago. Although 27.3 million Latinos are eligible to vote, historically they have voted at 50 percent or less.

“We consider this a ‘floor’ and anticipate that the actual number of voters will surpass this projection,” NALEO Educational Fund Executive Director Arturo Vargas told Borderzine recently. “I believe that… Mr. Trump’s campaign has increased the awareness and motivation among the Latino electorate and it could well contribute to a higher turnout rate than in 2012,” Vargas added.

Regardless of who wins, Democrat Hillary Clinton or Republican Trump, the stakes are high for our predominately Latino border region, not only because of possible changes in immigration policy but also doubt about the future of the 22-year-old North American Free Trade Agreement, which has been a prime economic engine for the nearly 12 million residents of the 2000-mile border since it took effect.

Here’s a good primer on issues in the Border region. http://www.migrationpolicy.org/article/us-mexico-border

Early voting numbers for El Paso County and other Texas counties reveal an unprecedented level of interest in this race, with turnout in El Paso increasing by more than 100 percent over 2012.

With so much at stake for the border region, Borderzine is proud of this series of stories that shed light on the impact of the election on the El Paso area and Southern New Mexico by student journalists at UTEP and NMSU, with collaboration and mentorship by investigative journalist Sandra Fish of New Mexico In Depth. Thank you, Sandra!