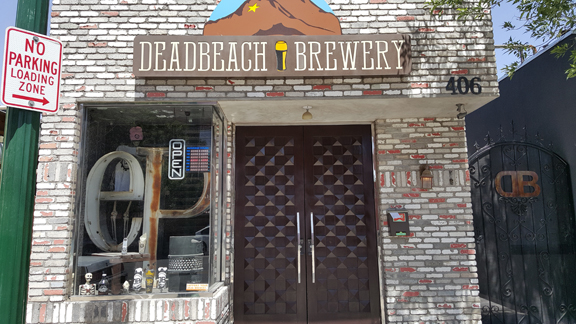 El Paso, TX – Carlos Guzmán opened his first bar while he was stationed in Iraq. Well, it was sort of a bar. And it sort of just happened.

Guzmán was having a hard time buying liquor in Iraq, so he asked his friends and family to stash some little bottles in their care packages.

“Little did I know that within a month we’d have over 50 bottles,” said Guzmán who was in the U.S. Army.

That was too much to drink, so he decided to sell it. His Iraqi contractor friend, “Big Daddy,” helped him rent an apartment in Baghdad. Guzmán added leather couches, a television and opened for business.

It was like Rick’s Americana, he said. “It was sort of Carlos’ café.”

Business was so robust that Guzmán branched out, buying liquor from the shops on the Christian side of Baghdad. He made a killing.

Guzmán brought that entrepreneurial spirit home to El Paso in 2005, went back to school and earned an MBA.  He and a business partner started and sold a bio-diesel company and now they are weeks away from opening the El Paso Brewing Company.

Their brewpub will join two other recent startups – DeadBeach Brewery and Ode Brewing Co. — in a city that’s just waking up to the craft-beer craze.

The El Paso brewers have already bonded over beer, sharing their brewing knowledge and even their raw materials. Run out of hops? They’re just a text message away.

“I don’t want to put up borders around any of us,” said DeadBeach’s Justin Ordonez.

“We offer something different here at Deadbeach than Ode and El Paso Brewing does, just in the style and ambiance,” he said.

The walls at Deadbeach hold paintings of the goddesses of grain, water and hops, in bold blues, greens and golds. All the art is locally produced like the beer, which is pulled from Day-of–the- Dead-like skeleton taps.

Ode Brewing sets itself apart by operating a restaurant, too. El Paso Brewing is still under construction, so it’s hard to tell exactly how it will look.

As they bring new beers to El Paso, the three brewpubs also are breaking down the stereotypes that artisan beer is for white dudes and that Latinos only drink Coronas and lime.

All three breweries have become part of a small but growing community of Latino brewers. The first Latino-owned craft brewery opened in Chicago in 2011, according to Business Insider.

The El Paso customer base reaches Latinos and people from all walks of life, including local military personnel and people passing through.

“We get a lot of people who aren’t necessarily from El Paso. We’ve had people literally get off the train over here a couple of blocks away, come over here, have a couple of beers and go back on the train to the next city,” said DeadBeach’s Jason Hunt.

The goal, the brewers said, is to create places where people can gather to talk about anything and everything over local beer infused with local honey, local wheat, fresh orange zest, chilis, pineapple, guava, coriander, and chocolate.

He has collaborated with brewing friends in Austin and Dallas.

“What is great about the industry is that it is very communicative; it’s very passionate about giving information or knowledge or sharing beers,” Montoya said.

Montoya and his buddies were regulars at three brewpubs in the small town of Strasburg, Virginia.

“I would do the gauntlet and try every single beer, and beers we didn’t like we would slam ‘em and move on to the next beer,” he said.

When Montoya moved home to El Paso, he hooked up with Jaxon’s, a brewpub that is now closed.

“This is a really big industry in a lot of other towns. One of the big things to do when you visit a town is check out the breweries because of the flavors because of what it puts out,” he said.

Beer says something about a place. Beer says “this is our town this is how we do it,” he said.

Carlos Guzmán wants the community to be involved with the tastes El Paso Brewing Company will offer.

“We’ll invite people to make beer in our pilot system. We’ll have contests here and whichever one wins, we’ll produce them in the larger scale in the bigger system,” he said.

Guzmán has a clear vision his brewpub: “We would like the place to seem like it’s always been here — something like a nice little place you really want to go to, it’s very familiar and we’ll have a lot of hops around so you’ll get some of that hop aroma, so it will smell very beer like, and you’ll see a vibrant crowd here that is enjoying a lot of good beer.”

Local beer, good company and more local beer – that’s the brewpub experience in this borderland town and all across the country.

“Beer is the bridge,” Guzmán said.

This multimedia story was produced for the 2016 Dow Jones Multimedia Training Academy by Bonnie Stewart, Stacey Patton and Indira Somani.