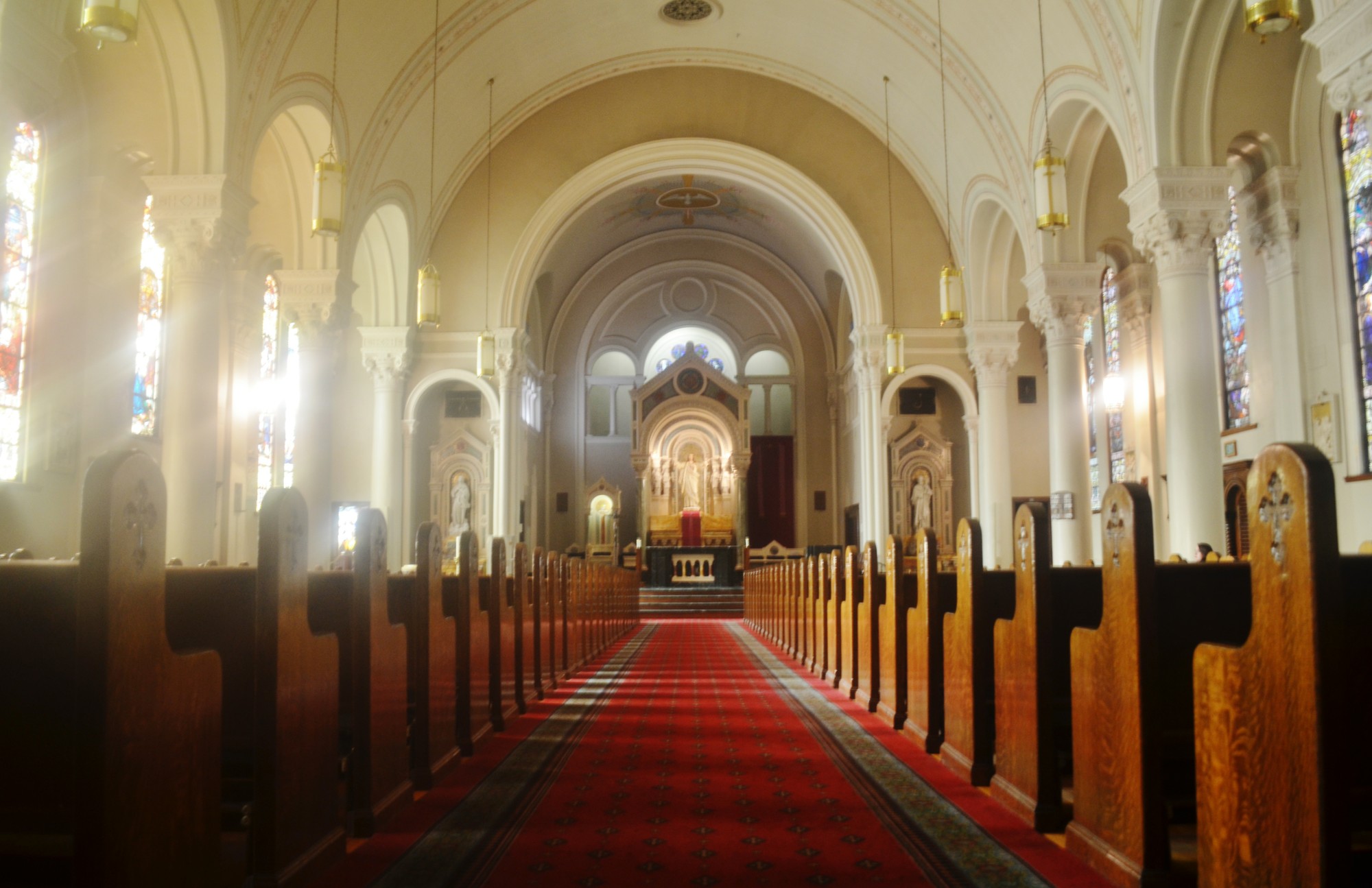 Sarahi Moyers remembers the day she told her mother she did not believe in God. She was a nervous 13-year old, who was about to feel slightly guilty, and at the same time very liberated by what she was going to say.

“No, not another one,” she said, referring back to Moyer’s 24-year-old brother Victor, who had similarly denounced his faith years earlier.

It was a conversation that has never been brought up again.

That day, the bond between mother and daughter was twisted and stressed by two opposing beliefs.

Fast forward 10 years later, and things have not changed. The steadfast atheist Moyers and the devout Catholic Burundi continue to work through a tense relationship. Burundi still tries to reconcile her daughter’s decision, while Moyers finds a way to live aside a faith she has no desire for.

“She’s a very intense woman and very headstrong,” Moyers said of her mother. “What she is most headstrong about is her religion, but in some weird, sick, twisted way I respected that. … Just as deeply as my mom feels about God, I feel that about no God, so I understand her.”

That understanding is what will bring Moyers and Burundi together on February 17, when Pope Francis makes an historical trip to the Mexican border. Moyers plans to spend the day supporting her mother in her quest to catch a glimpse of the pope in Juarez – or pay the price of admission to view the papal Mass simulcast at the Sun Bowl Stadium in El Paso.

Moyers believes if the tables were turned, her mother would do the same for her.

“If Richard Dawkins were to come to visit El Paso she would try to get me tickets,” Moyers said. “So the pope is coming. I’ll take her to see her dude. I really respect how strongly she believes in God, because I see that in me (with my beliefs).”

The growing hype surrounding the Pope visit might give off a sense of Catholic zealotry on the U.S., Mexico border. However, in actuality, El Paso, like much of the rest of the nation is becoming less connected to religious institutions.

In El Paso, non-religious affiliation has skyrocketed. According to the 2010 U.S. Religion Census: Religious Congregations & Membership Study, there was a 78 percent increase between 2000 and 2010 in people who do not identify with any religion. The same survey showed a one percent drop in Catholic affiliation, with almost 4,000 fewer residents identifying themselves as Catholic.

A 2014 Religious Landscape Study done by the Pew Research Center shows that Millennials are increasingly choosing a secular path, while Generation X (their parents), and Baby Boomers (their grandparents) still walk in line with faith-based doctrines, the most notably being evangelical Protestantism and Catholicism.

The study, done by the Pew Research Center, found 42 percent of adults that identify as non-religious in Texas are between the ages of 18 and 29. The largest percentage of people that identify as Catholic, Evangelical Protestant, Black Protestant, or Mainline Protestant are over 30 years old. In El Paso, 16 percent of the population falls between the ages of 20 and 29, according to the Texas Association of Counties.

Being non-religious in a predominantly faith-based culture is one thing, but being an atheist, where there is no acceptance of faith, spirituality or a god is a whole different level.

Openly presenting herself as an atheist has cost Moyers the loss of friends and alienation from some of her family members.

Her eldest brother, Anthony, is a father of five and devout Catholic, like their mother. Moyers said he doesn’t allow her to spend unsupervised time with his children because of her views. She recalls a time she tried to give one of her nephews a book on space. Her sister-in-law accused her of putting godlessness on her children, even going as far to say that she was trying to damn her kids.

“Me and my brother Victor are alienated within our own family,” Moyers said. “We’re not allowed to spend a lot of time with the kids by ourselves. It’s almost like they think we’re lepers, and being within our vicinity is going to infect them. It’s just very disappointing.”

But, just as Moyers navigates the stress of a being a non-believer in a Catholic family, Gina Lawrence finds El Paso to be more welcoming and open than the small Mormon community she came from in Valencia, California, north of Los Angeles

Lawrence, 26, said she felt pressure living in a strict religious community. Every aspect of her life centered on the Mormon faith – from what clothes she was expected to wear, the jobs she could pursue and the people she could associate with.She left the faith and to this day, she does not keep in contact with her parents or her three younger siblings.

While El Paso has a big Catholic culture, Lawrence doesn’t see it as all-encompassing as the strict community she grew up in. A faculty advisor for a women’s reproductive right’s organization at UTEP called URGE, she advocates for issues like contraception and abortion rights that often go against the stance of the Catholic church. Lawrence said she feels that El Paso’s openness to things that may be in opposition to religious doctrine is what makes the city different from where she came from.

“Looking at the politics of El Paso, we are very much liberal, open-minded, and non-judgmental when it comes to issues I lobby around like abortion and same sex marriage,” Lawrence said. “El Paso is not a place where I’ve ever felt like any of those things were being attacked, and those are generally things you would associate with a religious community.”

UTEP Religious studies professor Cesar Rivera, believes that although El Paso has a deeply religious population, it does not go to the extreme of discriminating against people who have secular beliefs.

“There is definitely devotion to religion here,” Rivera said. “You can see that with the pope and how much enthusiasm there is about that. (We’re) probably pretty religious, but not that intolerant to different faiths.”

Yet, in a city where religion is woven deeply into the fabric of the culture it can still be a challenge for those who identify as non-religious to find a way to fit in.

“Before coming here I knew almost nothing about Catholicism and didn’t know very many Catholic people,” Lawrence said.” So once I moved here and started to understand what roles it plays in people life, it’s an interesting experience, but I don’t know where I fit into that whole spectrum of things.”

Javier Cortez is a multimedia journalism major at UT El Paso, with a minor in English. He also works as a reporter for the UTEP campus newspaper, The Prospector. He is co-owner of the website SportsTown El Paso.