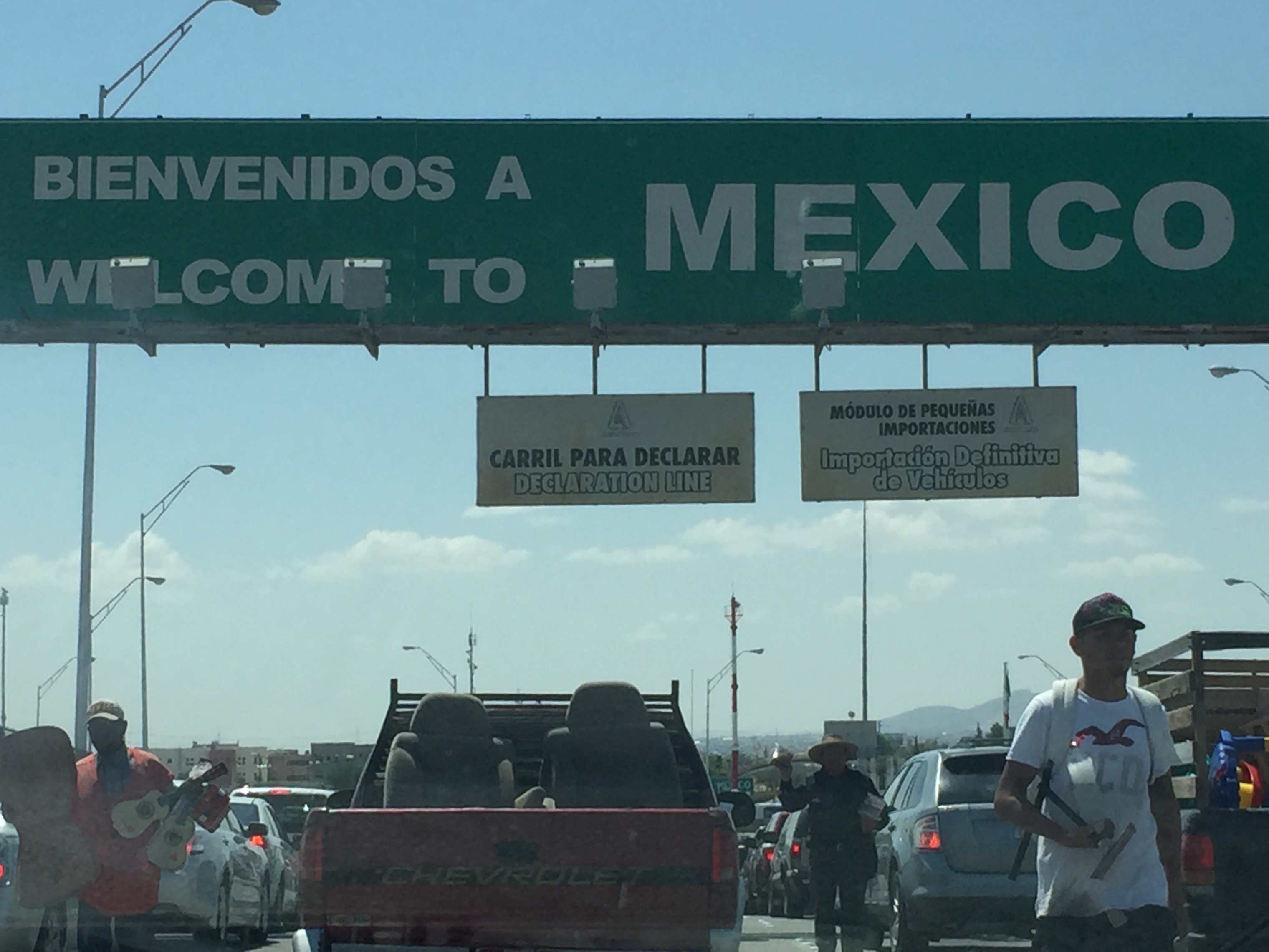 A few months before Nadiezdha Dominguez was diagnosed with esophagitis, a medical condition that causes irritation or inflammation of the esophagus, she experienced first hand the stark difference in emergency room care provided in El Paso as opposed to Ciudad Juarez.

She concluded that the treatment she received in a Ciudad Juarez emergency room in August was “worlds of difference” better than her experience at an El Paso medical facility in March.

The 20-year-old UTEP student who lives with her mother in an area between Fabens and Clint is still paying the $1,350 bill for the hospital services and the doctor’s consultation she received at the El Paso hospital.

Although she was diagnosed correctly, she could not afford to pay for her follow-up treatment in El Paso because she is uninsured and prefers to pay the “individual mandate penalty” rather than sign up for health insurance under the U.S. government’s Affordable Care Act.

Instead, she crossed the Santa Fe (Paso del Norte) bridge with her mother five months ago and visited a Juarez hospital to get treated. She returned to the Juarez hospital emergency room three weeks ago for a symptom related to her esophagitis, where she was quickly seen, treated and charged $20 for the visit.

“Here (in El Paso) as soon as you walk in, they put an IV in you and they leave you in a bed and the nurses get to you first and then the doctors for a short while,” Dominguez said. “Then, the doctor tells you what you have and then he gives you medication through the IV and then you get out.”

She is now taking medications omerprazol and cisaprida, used for gastroesophageal reflux disease (GERD), checks on a monthly basis with her Juarez doctor and meets with a nutritionist to treat her condition. Omerprazol is a commonly prescribed proton pump inhibitor, but cisapride has been withdrawn from the market in many countries due to side effects which may cause irregular heartbeats and death.

For years, Dominguez, a U.S. citizen, said she avoided the U.S. medical care system and relied on home remedies and over the counter medicine to avoid going to clinics.

“Before I began to get treated, I would get sick about once or twice a week. My stomach was already very weak from years of dealing with my untreated esophagitis, so my stomach would feel irritated. I would ‘fix’ the problem by waiting it out and tried easing the pain with ibuprofen and Pepcid, but it was just a temporary fix,” Dominguez said. Like many other border residents on the U.S. side, she generally depended for health care services for years in Ciudad Juarez, until the explosion of drug cartel violence some eight years ago made her too afraid to make the border crossing.

Dr. Eva Moya, who works at the Department of Social Work in the College of Health Sciences at The University of Texas at El Paso, said there were many people who stopped crossing due to the violence.

“There was absolutely a drop in people going to Juarez for health services,” Moya said. “There was fear of being a victim of violence, but in recent times, more people are beginning to feel confident and therefore, they’re beginning to go back.”

This transborder health care phenomenon occurs along the entire U.S.-Mexico border. According to a research done by the United States Department of Health and Human Services (HHS), “Mexican immigrants were 15 percent of California’s adult population, but were 80 percent of adults who obtained medical care and 51 percent with any health-related service.”

The table below was done by HHS in 2001 and includes data for Californians who traveled to Mexico for medical care, prescription drug purchase or dental care in one year. “You even get mariachis,” he joked.

Although the Affordable Care Act gives “more Americans access to affordable, quality health insurance,” according to the ObamaCare website, the U.S.-Mexico border has thousands of U.S. medical consumers who rely on Mexico for health care, from broken arms to a bad cough, to any type of surgery.

Silvia Horta, a U.S. citizen, works as a nurse at Regent Care Center, connected to the Del Sol Hospital. Horta says she knows the American hospital system well, but still chooses to receive the care and services offered in Mexico.

“Everyone in my family has the Affordable Care Act, but it only covers six visits per year and does not include emergencies to the hospital,” Horta said. “It also doesn’t include dental or optical insurance, so when we go to Juarez, we get check-ups, pharmaceuticals and we go to the dentist.” Horta says she goes to Juarez every two weeks and usually buys Tempra, an over the counter medicine that in the U.S. would be Ibuprofen. She also has monthly visits for her and her family with a doctor in Juarez who has been treating them for three years.

“My three daughters got their braces in Juarez,” Horta said. “It’s great. Not only is it cheaper to go to Juarez, but we also believe it better covers our needs.”

Most U.S. patients going to Mexico are economically driven, but it is important to consider that this tradition has allowed for Mexican doctors to build strong and stable relationships with American patients.

“People travel to buy a service and people buy services where the service meets your needs,” Moya said. “So, people value the service and care that they’re getting because they feel it’s quality, the cost is less, and they feel good about it, otherwise they would not return.” Mendoza estimates that U.S. patients occupy about 25 percent of the beds in his hospital. He said he believes that Mexico has better care because their doctors have more affinity for the patients.

“U.S. patients who come here often complain about U.S. doctors because they only spend about two minutes with them. Here, our treatment is more personal. The first consultation I have with a patient takes me about 25 minutes because I try to get to know them, make sure we are face to face and then I check them completely. The entire consultation is with me,” Mendoza said.

“Here in the U.S., I think it’s a lot more of a business than it is over there,” Dominguez said. “Mexican practices aren’t lesser than American practices. A lot of people have that misconception and most of the times it’s even better to get treated over there.”