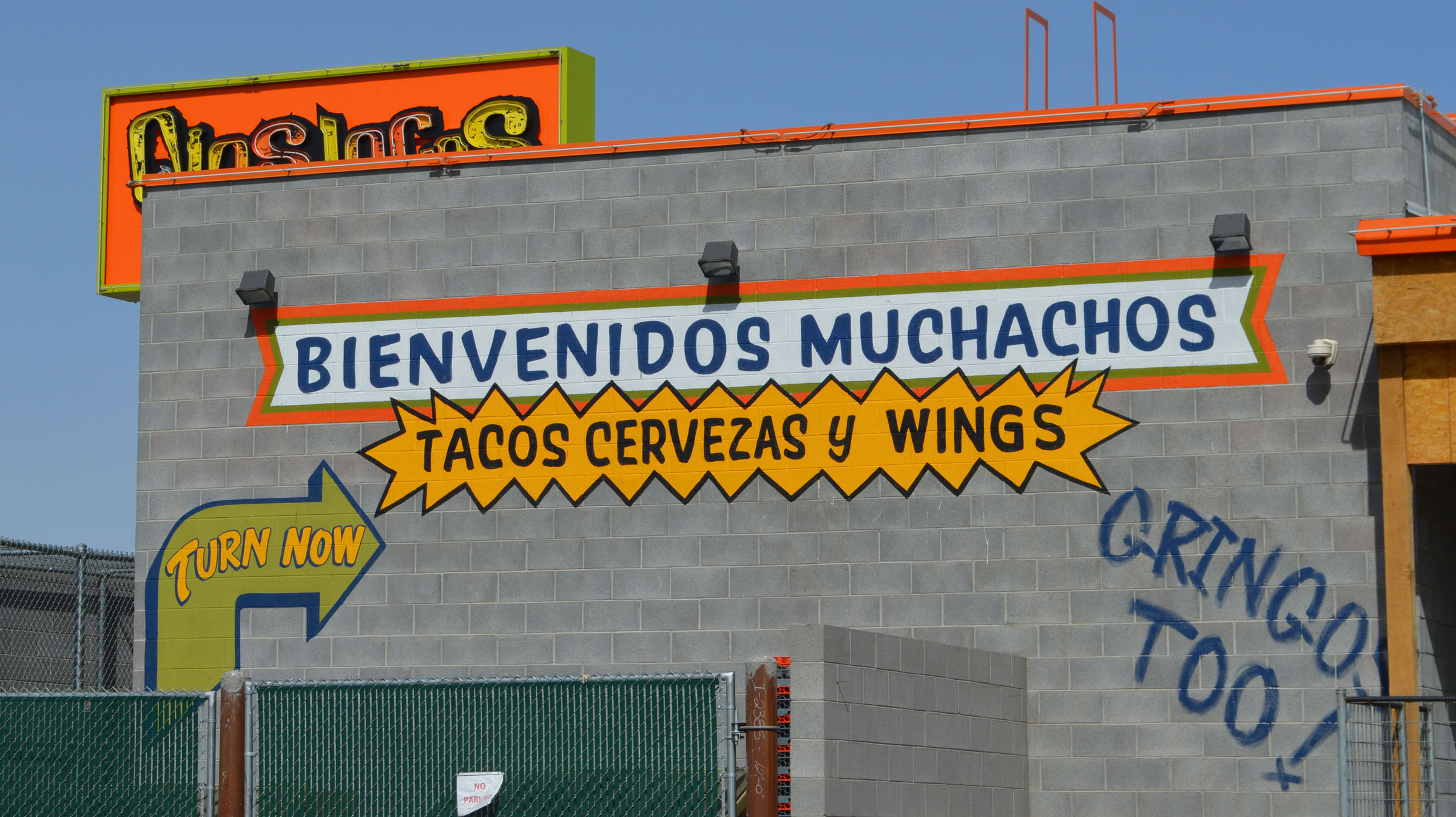 In the early morning, I usually listen to the news as I drive to school. This route takes 20 minutes, and I stay fixed to the radio listening to bad news mixed with humor in order to start the day with a laugh.

But then, my program goes into a break and the first thing that comes out is an advertisement for Tecate Light using Spanglish. We are exposed to this dialect in advertisements, music, television, and radio and in our bicultural communities it is not uncommon to hear Spanglish and that is how some companies aim their campaigns at young Hispanic consumers.

The problem with Spanglish

Spanglish is a linguistic phenomenon that occurs by taking parts of English words and mixing them with parts of Spanish words. The overlapping of these two creates variations in grammar because not everyone use it the same way.

This phenomenon is not an official language and it lacks specific structure and rules and is therefore used informally. Spanglish is commonly found in the modern United States and is used by the Hispanic-Americans in the country. The whole problem of this sub-language is that it claims to portray a piece of Hispanic culture but in reality it acculturates and accommodates to the American culture. This is a corruption of the Spanish language.

Personally I found the use of Spanglish improper in any situation, although I accept the fact that this is a way to stick to one’s roots. But it unwittingly destroys both languages at the same time. An instructor of Spanish at the University of Texas at El Paso discussing this phenomenon recently claimed that Spanglish wasn’t correct.

“It wrongly conveys one language into another, breaks the rules of a language that has taken years to develop, and promotes the misuse of language for future generations,” she said.

It may let Hispanics associate their native culture with a new one, but it does not fit into either one and creates a subculture, she said.

The benefits of Spanglish

On the other hand, it provides an alternative to the dominant culture, says UTEP linguistics professor, Jon Amastae. Spanglish is a valid use of language, he said, because it has an order that does not interfere with the rules of the main languages that are being used.It also provides for variation, and it’s always better to have more ways of communication in society, he said.

Linguistically speaking, it appears then that there is no such thing as a real or pure language all of them have evolved through time. But I don’t like Spanglish at all. When I hear someone mixing the mix of the two languages, it just sounds unpleasant to the ears.

When I ask the non-Spanish speakers I know about their thoughts on the matter, some like it, some don’t and some say it sounds like reggaeton (a genre of music that combines influences of reggae and hip-hop that originated in Panama and Puerto Rico). But all of them agree that it’s hard to understand and that they feel it impairs the communication between them in some aspects.

It’s a movement that takes place in all sorts of media. I mean who hasn’t seen Pitbull appear with an artist of your taste singing in Spanglish and adding the word “dale” at the end of an English sentence? Spanglish usage fails and dishonors our heritage. I doubt that a Spanglish user would be confident of his communication skills in Latin American soil.

Video – An exploration of Spanglish in El Paso

Viewpoint: “I am not a Coconut”

If you found yourself offended by this, please don’t be. My parents are Mexicans and I was born in the United States, but I’ve held on to my roots and don’t forget where I came from.

That’s why this matters to me and I don’t want my culture to follow a path that is unworthy of it. The ironic part is that I understand why some people prefer to use this dialect: it’s easy, it’s convenient, it’s funny and it’s used mostly for informal situations.

My family and I communicate in Spanish, but we use Spanglish every time we struggle to find a word or to explain something. It just comes naturally.

Either way, yo creo que it’s better dejar las modas to the side and maintain and appreciate our cultures así como son. Regardless of what my beliefs are it seems that I can’t fight back against this hybrid language. The media has already targeted the Hispanic audience and serves out Spanglish as the norm. Entonces, despite my beliefs, I guess Spanglish is here to stay.

Daniel Alvarez is a multimedia journalism student at the University of Texas at El Paso. He is fluent in English, Spanish and French.