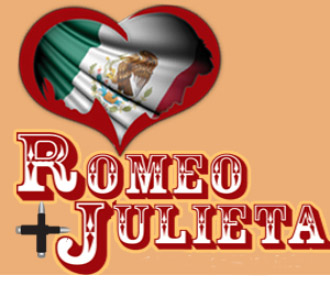 Set in 19th century Mexico, in this version of Romeo and Julieta, the Montagues speak English, the Capulets speak Spanish, and together English is spoken.  The aim is to contextualize Shakespeare into a more local and familiar setting.

Romeo and Julieta will be presented in four different venues throughout our border community between January 22nd and February 1st. Venues include UTEP, La Fe Cultural and Technology Center, the Philanthropy Theater and even a performance at UACJ in Juarez.  All performances are free and open to the public.

These performances are part of a $15,000 outreach grant that KCOS has received from WNET and the National Endowment for the Humanities to encourage audience development and engagement for the PBS series, Shakespeare Uncovered, which starts Friday, Jan. 30 at 8 p.m. on KCOS.

In addition to the local performances, KCOS is working with three local Shakespeare scholars, Dr. David Ruiter ,UTEP; Dr. Ruben Espinosa, UTEP; and Grace Haddox, EPCC, to create a series of short videos called Shakespeare Today, educating audiences on Shakespeare’s relevance and treatment of modern themes such as immigration, sexuality, power, culture clash, religion, power and more.  These short videos will air in between KCOS programming throughout January and February and also be available online at www.kcostv.org/shakespeare.