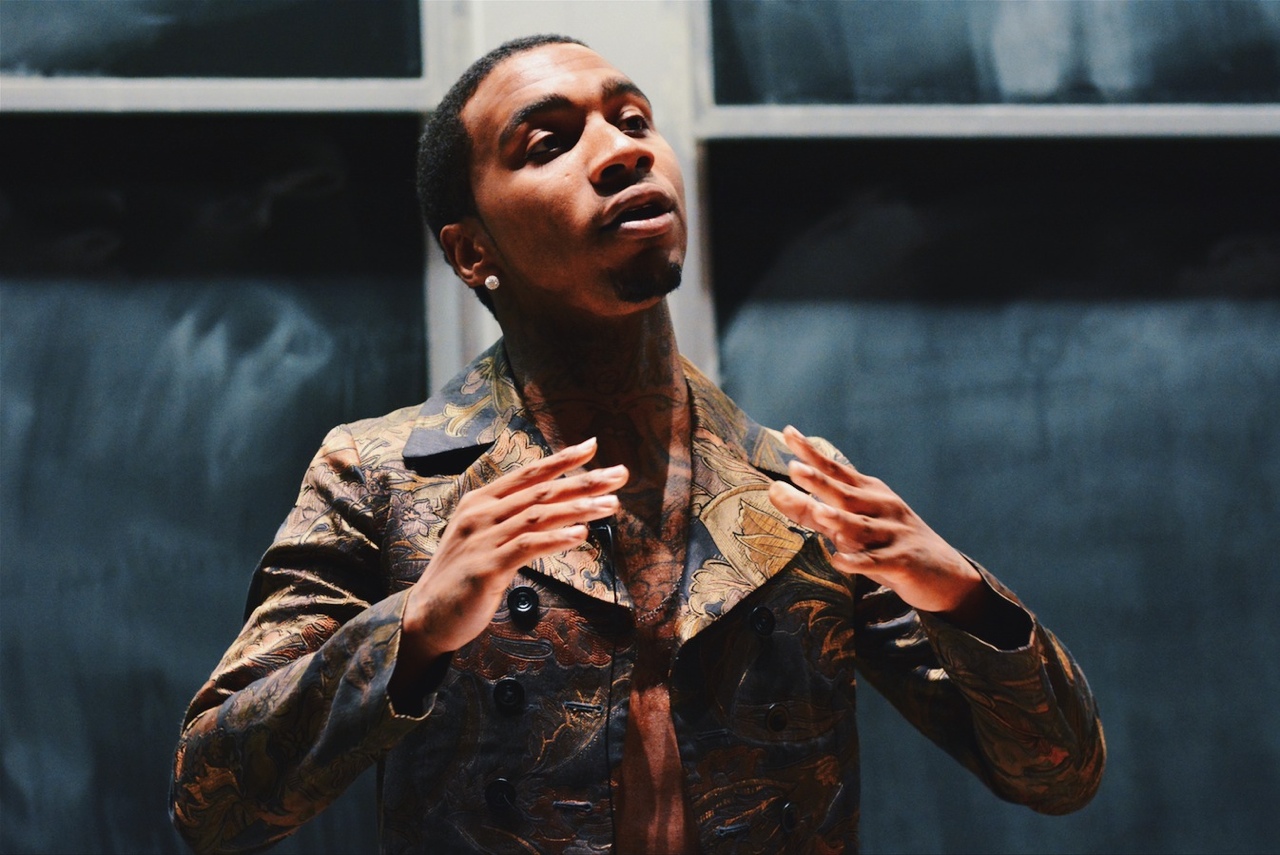 To many hip hop listeners, Lil B can come off as an oddball. And with such a large discography and inconsistent rap-style, hip hop fans may be reluctant to take what the artist, called The BasedGod, has to say seriously.

When I first heard Lil B, I thought he was hysterical. With “I’m Miley Cyrus” blasting out of my laptop speakers, all I could think was that there was no way a rapper could sound this bad on his own track and feel confident enough to release this! How can anybody listen to this guy? –Lil B lecture at MIT. Photo by @purewater

Born Brandon McCartney, Lil B lives in Berkeley, California, where he began rapping at the age of 16 with the hip hop group called The Pack who are responsible for the 2006 hit song, “Vans.”

Following The Pack’s success, Lil B has been riding a wave in cyberspace perpetuated by social media. He dominated the hip hop space within the digital realm by creating more than 100 MySpace accounts to promote his music which gained him a lot of fans.

Lil B expanded into other social media platforms, such as Twitter, Facebook, and even Reddit in order to build his online presence and connect with his cult-like following, known as Basedworld. Basedworld refers to the people who make up Lil B’s fan base and follow the “Based” or “#Based” philosophy.

Lil B and his followers promote a positive idealogy referred to as based. In order to be considered based one must be open, accepting of others, embrace the positive, possess a general sense of being in favor of social justice and most importantly, be yourself! However, due to his polarizing rap-style, these qualities may not always be present within Lil B’s music.

Based is also the kind of rapping-style that Lil B is known for. Based style, or “based freestyle,” lets Lil B express himself through a free-flowing “stream of consciousness” in what hip hop critics call a “half completed freestyle.” In other words, the artist engaging in based freestyle is imperfect and may not always rhyme or keep the beat.This has brought challenges to Lil B’s credibility as an artist from critics who say that Lil B’s style is just a way to crank out simple music at a high volume, without much refinement or effort.

One fan-made compilation of Lil B music, gathered off Myspace alone, Includes 700 tracks while another project, released by Lil B himself, consists of 855 tracks. At the age of 25, Lil B has claimed to have recorded well over 2,000 unique songs.

It’s undeniable that what makes Lil B so interesting is his ability to meet ignorance with monk-like introspection.

After hearing songs like “Wonton Soup” and “I’m Miley Cyrus.” I found myself browsing through scores of music videos that Lil B has uploaded onto his YouTube page.

The first music video that I came across that completely changed my outlook on Lil B, was for the song called “The Age of Information.” This was the first time that I ever heard The BasedGod take on a more traditional approach to hip hop and was actually showcasing his verbal skills in order to address a topic, that I felt, was rarely talked about in hip hop music, let alone society.

–Lil B, “The Age of Information” #TYBG

In this song, Lil B provides commentary comparing the difference between human and technological progression.

Granted that the number of ignorant Lil B songs eclipse the amount of songs that showcase Lil B’s lyricism however, songs like “The Age of Information” are considered to be hidden “gems” that are scattered throughout Lil B’s massive discography. With more than 50 mixtapes and counting, it’s difficult to determine the type of content you will be receiving from the BasedGod. This encourages Basedworld, to “collect” Lil B’s “rare” art for a chance to be the first to receive The BasedGod’s wisdom.

Hip Hop artists can take years to produce a well rounded project that can live up to fan expectations. However, Lil B is frequently creating and releasing diverse material that can satisfy your hunger for new music until his next release.

Lil B has proved to be one of the most influential rappers in hip hop within recent years. His cadence and musical style can be seen in artists like A$AP Rocky, Migos and upcoming meme rapper Yung Lean. Thanks to Lil B, hip hop is a lot more strange and a lot more flexible. Artists don’t have to worry about following a certain “sound” that hip hop listeners are used to, allowing them to create new things and progress the genre.

Along with his own style and philosophy, Lil B has also created his own dance to accommodate his based music. The dance started out as a YouTube video that Lil B posted on July of 2010. The trend caught on like wildfire and it’s now considered to be a full blown form in hip hop.

This past November, Lil B gave a lecture titled “Less Opinion More Perspective” at the Massachusetts Institution of Technology’s Computer Science and Artificial Intelligence Laboratory. Aside from answering questions about his personal life, Kevin Durant, and where he stands as an artist, Lil B engaged students within conversation regarding rape culture, police brutality and other contemporary issues that seems to be occurring within our society.

Whether critics like it or not, hip hop is evolving and its artists like Lil B who are at the forefront of constantly challenging the norms associated within the genre. Lil B isn’t afraid to do exactly what he wants, which may seem seem reckless, but he continues to show he knows how to make himself relevant.

May BasedGod be with you.