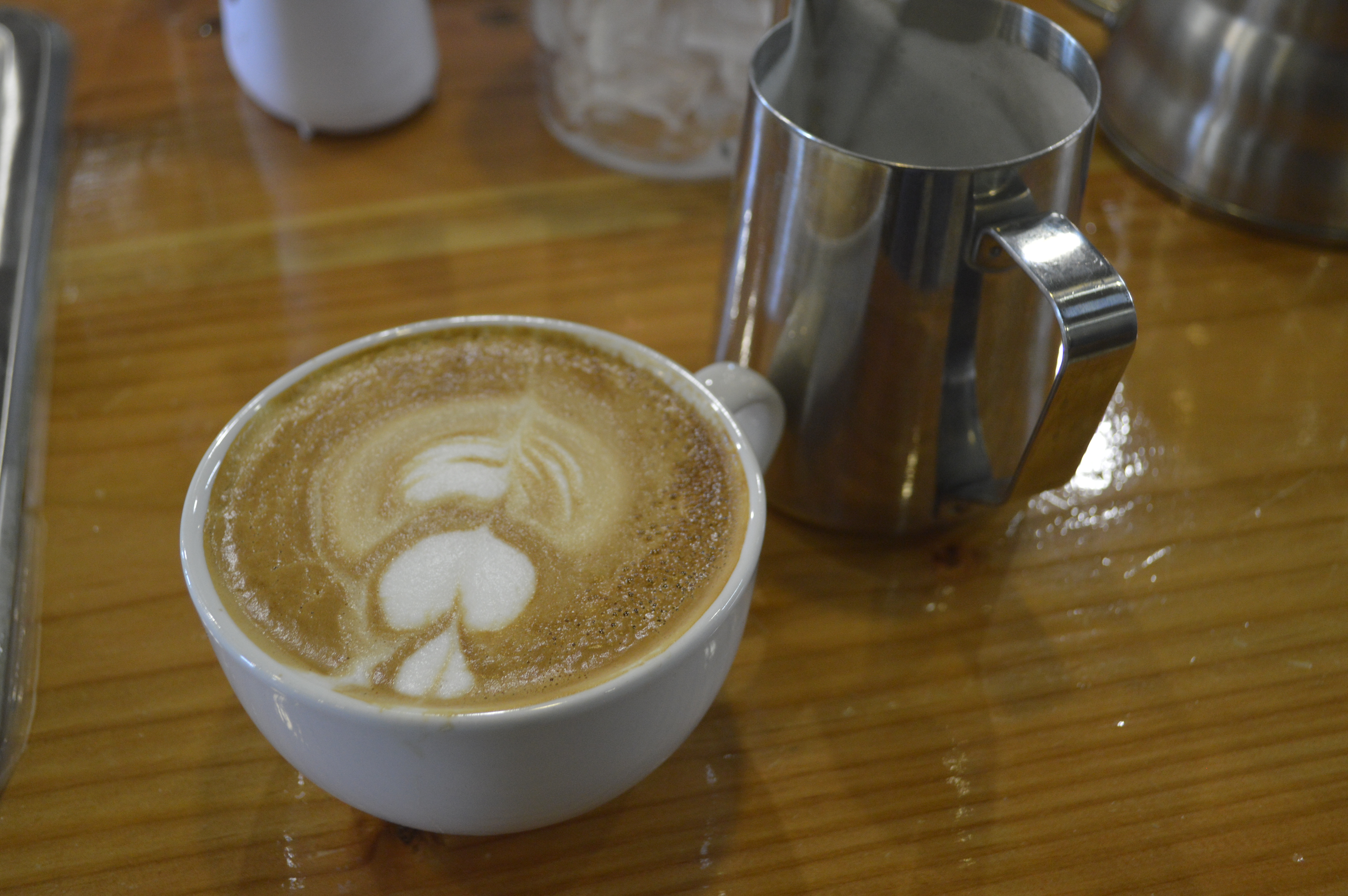 The national craft coffee craze has slow-dripped its way into town, and three entrepreneurs hope locals perk up, take notice and embrace the new brew.

Sales of craft or specialty coffees have given the U.S. industry a jolt, helping to drive up revenue 7.4 percent last year to $11 billion, according to the research firm IBISWorld.

The trend of drinking a $3-$8 cup of java made from premium, exotic beans from around the world and lovingly roasted on the spot by certified artisans has been piping hot in cities such as Seattle, Portland and Dallas.

2Ten sells 400 to 500 pounds of coffee a week – both to restaurants and to individual customers who roll up to its drive-through kiosk on North Resler Avenue. The coffee comes from around the world and is roasted here in El Paso at 2Ten’s warehouse, Svoboda says. The name “2Ten’’ is based on the perfect temperature at which Svoboda says coffee should be brewed: 210 degrees. “The whole idea about specialty coffee, or as some people like to call it craft coffee, is whole water-to-coffee ratio, the temperature and the time, trying to make that perfect cup of coffee,” Svoboda says. 2Ten Coffee Roasters sells coffee out of a drive-through kiosk on North Resler Avenue on the west side of El Paso. (Rick Brunson/Borderzine.com)

That attention to detail is what sets coffee artisans apart from chain retailers, according to Paulina Salazar, a certified coffee roaster who opened BLDG 6 on James Watt in 2013. BLDG 6 specializes in “single origin’’ coffee – green coffee beans that come from one farm in one country. She then roasts them in small batches on site in a gas-fired Italian roaster that’s in full view of the store’s customers.

Clearly, this is no ordinary joe.

“It takes a lot of work,’’ says Salazar, a 25-year-old UTEP alumna who has been drinking coffee – black – since she was 8 years old. “It takes around 10,000 hours of work from seed to cup. It’s a lot of work for just a cup of coffee, so that’s why we care so much about the green coffee because it took a lot of work for them to get a good bean. And then as a roaster we take good care and do a good roasting to bring out the best of the coffee beans. Then that goes to the barista and he does a good job doing the extraction of the coffee that way we don’t mess up what everybody worked so hard on.’’

Currently BLDG 6 offers coffee from Ethiopia, Mexico, Guatemala and Colombia. Salazar carefully tracks how and when the coffee beans she buys are picked and dried, as well as tracking what particular coffee beans are popular with her customers.

Regular customer Jonathan Munoz of El Paso drops into the store every other day. He checks out the large map of the coffee-growing regions of the world that’s on one of walls and tries different coffee from different countries. But he says his favorite is the dark roast Colombian.

“A friend told me about it,’’ Munoz says. “It’s amazing. I’ve been a fan from day one. It’s the taste. It doesn’t taste like it’s from a machine. I like the care they take.’’

Creating such a “coffee experience’’ and building a coffee culture in El Paso, a city hooked on Starbucks and convenience-store brews, are what Salazar and Svoboda say they’re hoping to accomplish.

“In the next couple of years I think we can open the eyes and palates of what people think coffee is really about,’’ Svoboda says. “The more that people can understand what coffee is all about and start respecting the fact of how that coffee got in your cup, I think you create the culture. But you can’t have a culture without education. So to educate people on it it’s difficult. It takes time. Most people don’t know what Ethiopian coffee tastes like. They don’t even know that coffee comes from Ethiopia, or Kenya or Rwanda or Uganda, or anywhere else out there.’’

Rick Brunson, 53, teaches reporting, editing and ethics in the journalism program at the University of Central Florida. He’s also a part-time production editor at the Orlando Sentinel, where he edits copy for print and online on the sports and news desks. Brunson joined the journalism faculty at UCF in 2003 after working for 19 years as a reporter and editor at newspapers in Orlando, Tampa, Daytona Beach and Charleston, South Carolina. In 2012, he served for a year as the writing coach at Orlando’s ABC affiliate, WFTV Channel 9, where he also wrote copy for the station’s newscasts and produced story packages for its website. In addition to teaching, Brunson serves as adviser to UCF’s chapter of the Society of Professional Journalists and in 2007 was the recipient of SPJ’s national David L. Eshelman Outstanding Campus Adviser Award. Brunson also was the recipient of two teaching and service honors at UCF: The Grasty Award for Teaching and the Teaching Incentive Program Award. In April of this year, he was promoted to Associate Instructor. Since 2010, Brunson’s teaching interest has shifted to mobile news production. He developed a Mobile Journalism course where students produce text, photo and video breaking news stories with their iPhones. As a result, he has taught “mobile best practices’’ workshops for the Association for Education in Journalism and Mass Communication, the Broadcast Education Association, EDUCAUSE and the Florida Scholastic Press Association. Brunson lives in Orlando with his wife, Ruthe, their son, Adam, and their dog, Sparky.