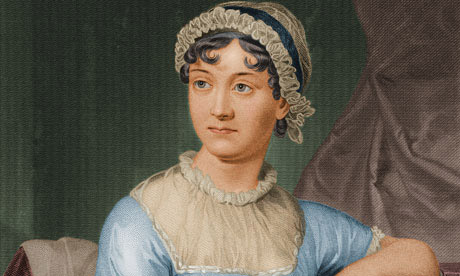 What would Jane Austin make of all this?

MIMBRES, N.M. — Some phrases and meanings of words come into sudden use, mutate and spread geographically, linguistically, and socially, almost like a communicable disease. They go viral. Years ago, words like segue, meme, trope, zeitgeist… were not popular words; they were hidden in obscure academic texts. And then, they went viral. Some words become popular for a while and eventually wear themselves out and became consigned to trivia games. Language is fluid and exciting, but it can also become annoying when some words are overused or misused. What would Jane Austin make of all this?

Lately, I have become increasingly annoyed with the word “actually.” My understanding of the word is it should be used to emphasize something that comes as a surprise, or correcting something that you believe is wrong. But as I listen to the frequent media use of this word, I think it is redundant. You either think something or you don’t. You either did something or you didn’t. How does inserting the word “actually” change the meaning or add verisimilitude? This is different from a statement like “He actually said that?” Now that’s a surprise!

It is what I thought when Governor Chris Christie using the word “actually” several times as he denied knowing about the lane closures on the George Washington Bridge that connects New Jersey with New York City. He said he was “actually” the one to work the cones and several other sarcastic “actuallies.” I am not judging the veracity of his statements, though I am suspicious; I am commenting on his use of the word “actually.” You be the judge, and then keep your ears open for how many news anchors use the word, and how often.

Which brings me to the word “like.” Same problem of redundancy, moreover a distraction. I haven’t written a blog for Borderzine in “like” forever. Don’t get me wrong, I liked writing a blog, but it was “like” getting tedious and “like” I needed a break. Give me a break. One semester a group of students from the Midwest came to UTEP for a semester to study the border before it became as dangerous as it did. Using “like” in the way I just illustrated seemed to be a more serious problem for these students than for our own. In one class a UTEP student counted the number of “likes” in a fairly short oration by one of these students. It turned out to be “like” 53.

The next time I talked to this student I broached the issue by telling her that others could hardly pay attention to what she was saying if they were counting her “likes.” She burst into tears and blamed the student who was counting, and I became a bit evil for even mentioning it. But, presumably, college students will eventually have careers, and these habits of speaking are definitely not professional. If you care about your students, you will help them become professionals and try to alert them to these not-so-professional linguistic pauses. In my day, it was the “uh” used over and over again.

I found out about “because,” not from hearing it spoken in a new way, but from a Rachel Maddow of MSNBC early in the year. It seems that the word no longer needs a connector in a sentence. Because has become a preposition.  See also Megan Garber, “English Has a New Preposition, Because Internet.” (The Atlantic, November 19, 2013). The new usage “actually” goes “like” “because” school (or parents or fail or love or job or cold or anything “actually”). Some people are excited about this new use, but it could easily become tiresome.

“Whatever” became popularized by the movie, “Clueless“, the teenage take on Emma along with the three-fingered hand signal for W, short for “whatever.” It is still used as a dismissive phrase, with only the hand signal or only the utterance, or both. A message of “Why should I even bother to explain?” This is entirely different from a statement such as “I will do whatever it takes.” What would Jane Austin make of all this?

Another one of my personal pet peeves is hearing someone, almost everyone, say “a whole ‘nother” instead of “another whole,” but I will leave that peeve without a rant, asking only that you listen for it. Even Rachel Maddow says it. I think maybe I am the only one it bothers.

Language is not static. People are constantly borrowing and inventing words and phrases, or changing them to describe new situations, or even to prevent others from understanding a communication (e.g. everything from pig Latin, Caló, code, et al.). The fluidity of language makes it exciting, and the ways in which we describe our world greatly influence the ways in which we perceive our world. For my taste, the more volume of words, the more borrowing, the more inventing, the better. It allows us to think in more complex ways and spurs curiosity about other cultures, other languages, other places. So, get your YOLO attitude on, learn the Harlem Shake (and its history), wear a little swag from time to time, and participate in a flash mob instead of trolling the Facebook. Bring along a dictionary for the old school stuff. Learn to write and speak in a professional manner because soon, you will need to.  Maybe one of these days you will be a meme or an icon.  ¡Suerte!

Author’s Note: My thanks for this blog go to John Del Rosario, a twenty-something whom I have known for several years, and who used to be a City Editor for Borderzine, for explaining meme, twerk, and YOLO to me. For those who are still old school, YOLO is this generation’s carpe diem, or short for You Only Live Once, according to Del Rosario who tells ridiculous jokes and writes really well. He is also somewhat of a music trivia historian, plays the ukulele and guitar, and grew up in Saipan. Thanks as well to Josie Jimarez-Howard for the “whatever” reference.