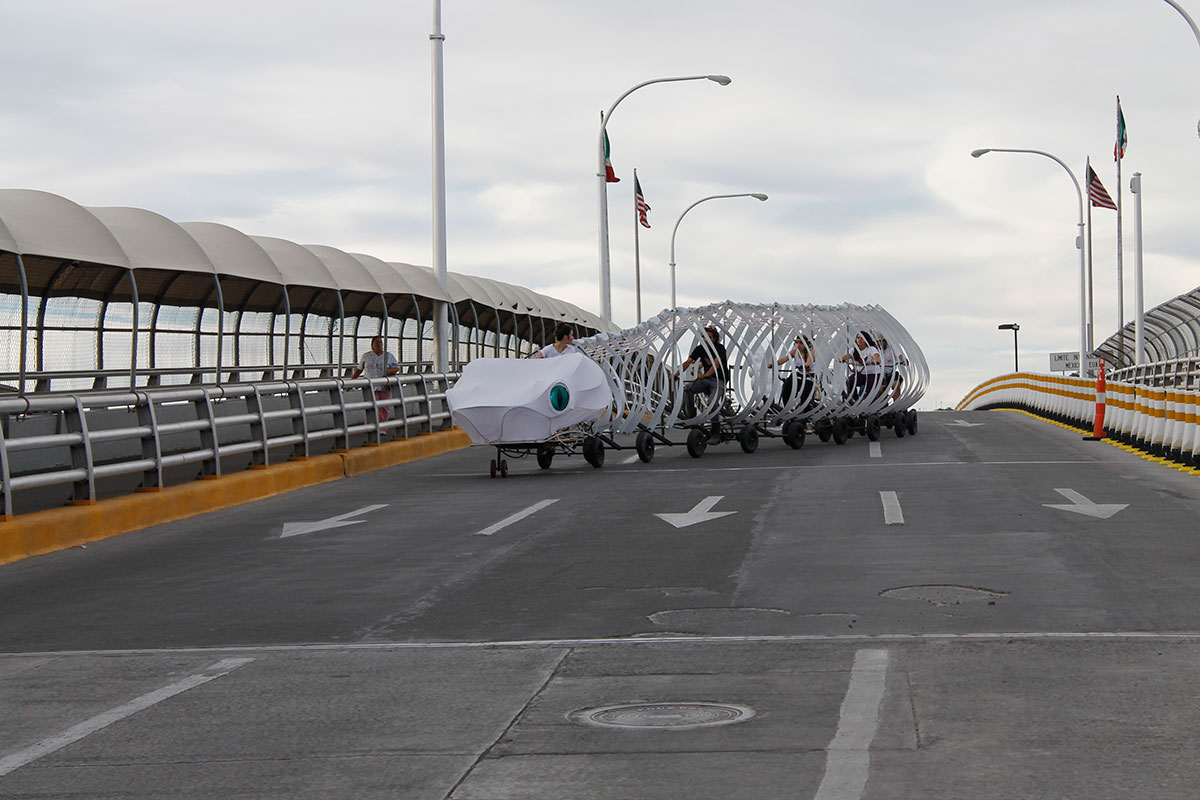 EL PASO — Methods of transportation are constantly evolving, in hopes of improving air quality and congestion. One increasingly popular alternative to driving in many urban centers across the country is cycling, and El Paso is embracing the trend in fits and starts.

The city’s tentative commitment to making El Paso a bike-friendly community comes at a time when cycling races or challenges have risen in popularity and cycling meet-ups such as Critical Mass are taking off.

Sem Gallegos, 25, service manager of Crazy Cat Cyclery, attests to the growing popularity of cycling in El Paso. Cycling for him is a passion and a way of life, as he started out trying to become a professional cyclist. Instead it is now his hobby and his job.

“It’s a green concept idea, it really isn’t as big (here) for example as in Austin or Portland where it’s huge, but it’s growing rapidly in all directions,” said Gallegos.

Emmanuel Barraza, 29, a cycling resident of El Paso, echoes the sentiment, “The cycling communities from Juarez and El Paso are growing very big.”

“Here in El Paso we have the Critical Mass, Zombie Rides, Velo Paso, which is an organization fighting for our right to ride, to be in the streets,” added Barraza, who  also mentioned a similar growing interest in cycling in neighboring Ciudad Juarez.

Barraza, a member of Lunáticos that rides from Juarez to El Paso and back, also participates to help plan routes for El Paso’s Critical Mass.

The Austin Bike Zoo, a group of entertainers, participated in the 2013 Chalk the Block this fall. They had previously participated in the Sun City Music Festival, traveling as far as New York to the Maker Faire in September 2013 to show off their pedal powered puppetry. The impromptu bike run attracted approximately 15 to 20 local cyclists to join in with their own bicycles and help the bicycle propelled animal creation.  The Rattlesnake consisted of six riders, who have to peddle together on six bikes shaped together to create the long slithering creature. “We went over there for fun. It was a good pilot trip, a good first trip with the rattlesnake into Juarez.”

“There was no statement at all other than the art work itself,” said Jeremy Rosen, co -founder of Austin Bike, who led the 80 ft. long Giant Rattlesnake bike run into Juarez and back to El Paso.

This was his second trip to Juarez, but this was the first time that he took over the slithering creature. “I went last year with the butterfly bikes. If you Facebook us or you look in our website you will see pictures of our Butterflies in front of the Plaza de Armas,” said Rosen.

Chalk the Block was three day long event, where Rosen and his team of volunteers spent each day giving people rides on the Rattlesnake and the Owl, another bike shaped as the colorful feather packed creature.

“I wanted to go to Juarez,” Rosen said. “I had talked about it for a long time. I had a loose plan that I was going to go, but the date and the time was never set in stone because I did not know how I would feel or my people would feel about going. If we would be too tired, if it was going to be too windy or we might just not feel like doing it. We really didn’t have the energy to do it but we did it anyway.”

Gigi Garcia, a resident of Juarez, who has also been riding for a couple of years, joined in the Rattlesnake bike run to Juarez and took her turn at pedaling the Rattlesnake.

“We need more things like that in Juarez, so we can see something creative and invite people to do things together,” said Garcia, adding, “The ride to Juarez was really short, but the Juarez bicycle community was very enthusiastic about it.”

Gallegos encourages cycling enthusiasts of all levels and abilities to participate in the races.

“We’ve done so many (competitions) through the years… we’ve always competed out in Juarez, in mountain bike races, and road races. There is also the big one, El Chupacabras, the 100 kilometer race, there’s a ton of events that we go out there for,” said Gallegos.

“I say go for it, I mean it’s an amazing sport. I think it’s very healthy and they should push themselves, within reason, push themselves to the next level.”

He points out that there is a wide range of demographics that shop at the Mesa store, which is one out of three in El Paso, but those who buy the highest volume of bicycles are customers in their 30’s.

“There is a mixed range, with the whole safe routes to school program that we did through EPISD, you see from kids to older people (riding). I competed in a race this year where the highest age finish was 84 years old, so there is quite a range.”

Gallegos believes El Paso needs to promote the sport and to push the idea of cycling so that it becomes a reason why people come to El Paso to visit and live. “It’s growing rapidly, as a sport. I think we should definitely nurture it and continue to push for more advocacy as far as cycling is concerned.”