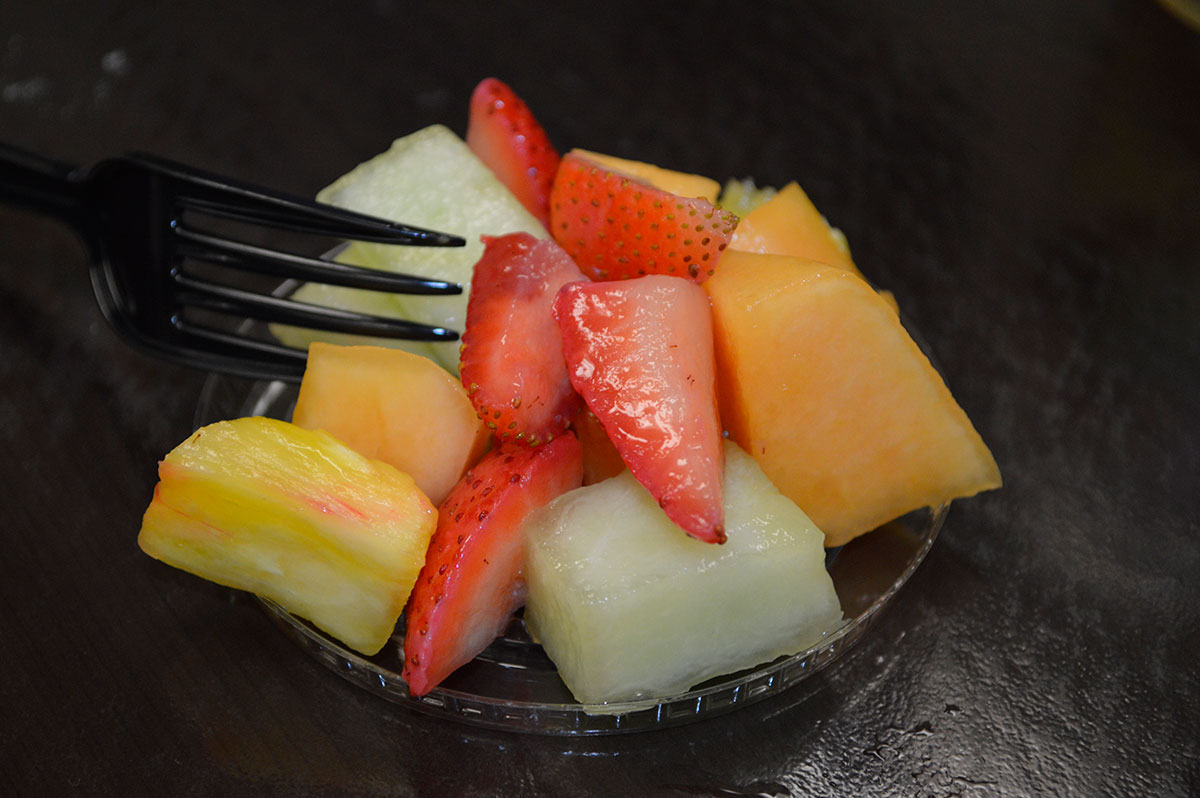 As I planned my week’s meals, I realized it was time for fruit and vegetables to become a huge part of my diet, but organic food is not always affordable. (Marisol Muñoz/Borderzine.com)

EL PASO – More and more people in the world are suffering from diseases such as diabetes, obesity, and cancer because of their eating habits, but many of us sometimes change healthy food for better-tasting foods that are not suitable for a daily diet.

Since eating healthfully is becoming a trend and I’m a junk-food lover, I decided to change my eating habits to improve my fitness and health. A few months ago, I started working out at the gym, but I knew I would also have to make better meal choices if I wanted to adopt a healthier lifestyle. As I planned my week’s meals, I realized it was time for fruit and vegetables to become a huge part of my diet, but organic food is not always affordable. (Marisol Muñoz/Borderzine.com)

After reading blogs and health magazines online, I decided that I would give organic food a try, at least for a week.

First, I thought about the types of foods I would eat during that week. Sometimes people think it is hard to eat healthfully because it may be expensive. I learned that you have to look for better deals. Eating smart, shopping smart.

As I planned my week’s meals, I realized it was time for fruit and vegetables to become a huge part of my diet, but organic food is not always affordable. In fact, normally it is more expensive than conventionally raised food.

When looking at prices of organic meat and dairy, the difference with normal food was even greater than for fruits and vegetables. For this reason, I mostly eliminated meat and dairy products from my diet. Dairy was not a problem at all because I don’t like milk and I don’t really eat dairy products.

When I went grocery shopping, I went to different markets like Wal-Mart, Target and Cielo Vista Natural Market but saw that in most places you don’t find a lot of organic products.

I bought green grapes, peaches, strawberries, raspberries, and vegetables such as lettuce, celery, spinach, and carrots.

My beverages weren’t organic, but I decided I was only allowed to drink water, coffee, and smoothies made with organic products.

It was really hard for me to eat that way all of a sudden. I’m the kind of person that if I crave a hamburger with bacon and French-fries every day, I would have them. I work in a hamburger joint and sometimes I craved a burger so much that I had to be eating something during my whole shift. That way, I avoided having a burger.

My favorite snacks became edamames, lettuce and tomatoes with lemon and a little bit of salt. I love coffee but in those four days I drank around three cups a day and more than a liter and a half of water. The food I ate the most was baked sweet potatoes. I loved them fried but I tried them baked so they would be healthier.

Even though I was eating more healthy meals, I still felt hungry after eating and I ended up with a grumpy attitude.

My attempt to eat healthy only lasted four days. On the last day, my friend and I had a date for dinner after school. She wanted sushi so bad and I accepted with the promise I was going to have the healthiest thing in the menu. I asked for a crab sunomono, which is a Japanese salad, but the smell of my favorite fried sushi roll was so tempting and I ended up having one. It tasted so good that made me realize that eating healthy shouldn’t be a sacrifice.

At first, I felt sad because I could only accomplish a few days of my challenge. Later, I started reading about healthy lifestyles and people who are vegetarian and saw how it took them a few years to gave up unhealthy food. They did it slowly.

It is hard when you don’t have good eating habits and then try to completely stop from one day to another. People say that for a change like this, you need time. Now, I think this is one of the things that you should do slowly so that you don’t quit in the middle of it.

There is a quote from Audrey Hepburn that I love and sometimes when things are difficult for me this keeps me going, “Nothing is impossible – the word itself says I’m possible.” So I hope one day I would be able to say that I have more healthy eating habits.