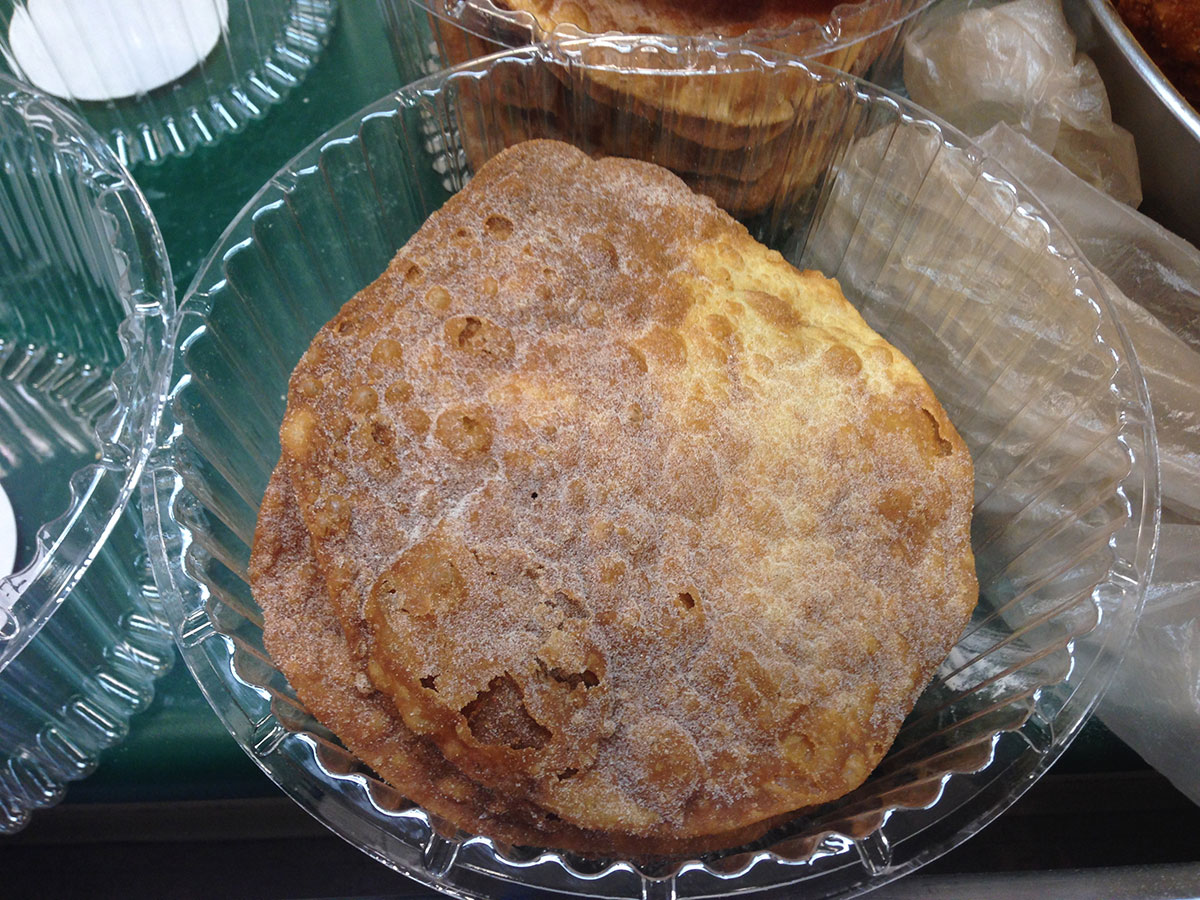 EL PASO — Christmas, on the border is different than anywhere else in America. Traditions from south of the border come together to form a unique and delightful style of holiday mirth. Traditional foods originating from Mexico and beyond have made their way here and ingrained themselves into the local culture. Buñuelos are a tasty treat that span across many cultures thanks to the Middle East’s influence on Spain. Traditionally they are served at Christmas for the Christians, Rammadan for the Muslims, and Hannakuh for the Sephardic Jews. They are made as little biscuits or pressed flat like a flour tortilla. They can be filled with all sorts of sweet confections in order to enhance the mild flavor of anise and wheat. Locally, they are produced in the flat form and covered in cinnamon and sugar. These are a favorite holiday treat around the world. Tamal comes from tamali, a Nahuatl word (the language spoken by the Aztecs) that means wrapped food. (Karina Moreno/Borderzine.com)

Tamales are a favored food for festivities on the border region and during Christmas they are always in demand. Tamales are made from the corn-based dough —masa— which is usually steamed in a cornhusk wrapper. Inside is where the holiday magic occurs as a variety of fillings can be trapped away in its delectable innards. Locally, they can be found with pork mixed with a red salsa or in the form of a tamal de dulce, sweet tamale that contains raisins and, often, other dried fruits.

Although Menudo is a weekly tradition for some, it finds an annual increase in popularity during the holiday season. Menudo is a soup noted for its almost mythic properties of curing hangovers. It is a time-intense food to make but it’s well worth the investment. It is made from beef tripe, which may scare some weaker stomachs away. The broth of the soup is made from red chili pepper and it is usually garnished with onions, cilantro, lime, oregano, and more crushed red pepper.

In the United States, fruit punch is a regular at many holiday get-togethers, however it is almost always served chilled. In Mexico and the border region it analog is called ponche, and it is served warm. Piloncillo, cinnamon, apples, oranges, guavas, and tejocotes are usually found in this holiday beverage warming the spirits of all who consume it. Champurrado is a warm chocolate beverage that is popular during the Day of the Dead and the Christmas season. It is made with chocolate and corn flour, and finds itself categorized as an atole style beverage. It also utilizes the unique cane sugar piloncillo. It can use water or milk as its liquid base and can be complemented with vanilla, cinnamon, and anise seed.

Instead of the traditional cup of eggnog, one can have a cup of rompope, its south of the border cousin. The key difference is that rompope has the added flavor of vanilla in the mix. It is a beverage that is popular all year round as well, distinguishing it further from the very seasonal eggnog.

Capirotada, a bread pudding traditionally served on Good Friday also finds a place at tables during the Yule season. It represents the suffering of Christ during his crucifixion —the bread his body, the syrup his blood, the raisins the nails, and the cinnamon the wood of the cross. Some variations of the recipe add meat and cheese to the mix.

Rosca de reyes is the Mexican version of the traditionally European Kings Cake that is used to celebrate Epiphany. Inside both types of cakes, little trinkets are hidden. In the kings cake a trinket will vary depending on who bakes it but with rosca de reyes it will be a little baby Jesus figurine waiting to be found. The figurine in the rosca de reyes represents the flight of Jesus away from Herod when he wanted to kill all the newborns to secure his own power.

The traditional holiday food of Mexico has been influenced by many other cultures and its own influence has spread. The nature of the season is one of sharing and what better to share than delicious food.