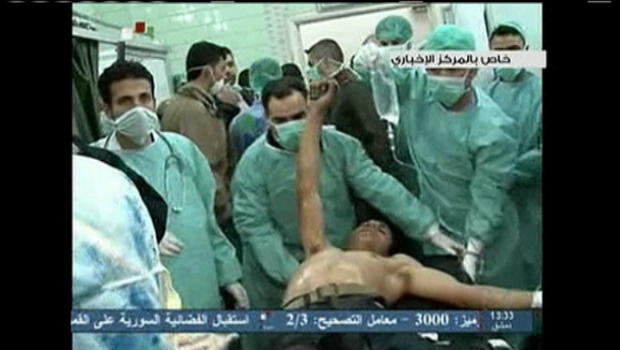 "Obama has made the case that the U.S. empowered by the world’s fear of and revulsion for chemical weapons should hit Syria hard. After all, we have seen the corpses – little ones and big ones – pile up, choked to death by sarin gas."

LAS CRUCES, N.M. – They say politics makes strange bedfellows. Sometimes politicians call that compromise, something we have not seen much of late in Washington, but I can only imagine true-blue Beto O’Rourke’s face when he woke up this morning next to right-winger U.S. Senator Ted Cruz.

Their procrustean bed had sliced off O’Rourke’s left side leaving Cruz with all the covers and most of the mattress. "Obama has made the case that the U.S. empowered by the world’s fear of and revulsion for chemical weapons should hit Syria hard. After all, we have seen the corpses – little ones and big ones – pile up, choked to death by sarin gas."

The ties that bind them are doubts about supporting President Obama’s decision to strike at Syria’s caches of chemical weapons. Obama has made the case that the U.S. empowered by the world’s fear of and revulsion for chemical weapons should hit Syria hard. After all, we have seen the corpses – little ones and big ones – pile up, choked to death by sarin gas.

What is the world to do? After all, 189 countries (Syria is not one of them) have signed on to the international agreement to ban these weapons. So the consequences should be clear and Bashar Hafez al-Assad should pay them.

But hang on a minute. Russia has a chokehold on the United Nations and the British…well they’d rather not get involved.

What does history show us abut the world’s reaction to murder on a massive scale and genocide?  The 20th century is littered with the calcified remains of international agreements to stop the wrong and do the good.

Remember, when Ethiopia’s regent Haile Selassie appealed to an impotent League of Nations in 1936 to help stop the advance of Mussolini’s Fascist hordes in the dawn of World War II?

Remember when a paralyzed Franklin Roosevelt and a preoccupied Winston Churchill looked the other way as the Holocaust cremated millions of Jews in war-torn Europe?

Remember when the blue helmets of the United Nations turned away from the Rwandan genocide?

Politicians – compromising and cooperating only when that covers their own backsides – have a way of rationalizing the unthinkable, of contemplating horror and packaging it neatly into refrigerated trucks that disappear down the sad blacktop of history.

It is clear that Cruz will never support anything proposed by Obama. But O’Rourke should hold his conscience accountable not only to his constituents, but also to history.