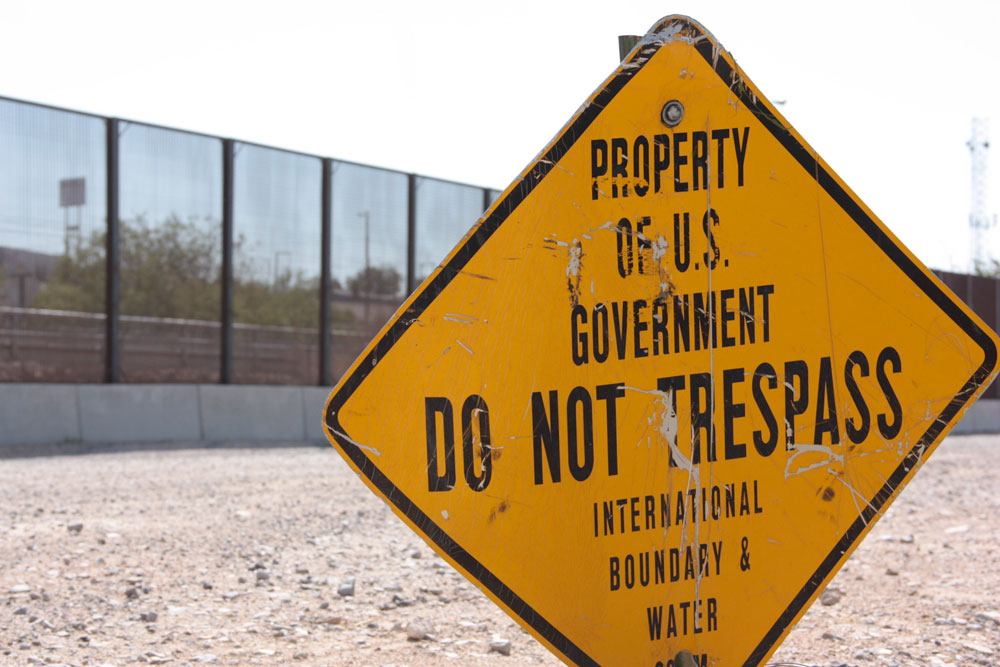 Republican members of the House Subcommittee on National Security on Oversight and Government Reform brought up numerous concerns for border patrol executives about a new report and border security in general at a hearing Thursday.

The Secure Border Initiative Network used technology to create a so-called “virtual fence.” Deemed a failure four years after it began, the program was shut down in 2011.

“I know you can never satisfy any government agency’s appetite for money or land, but I’m really skeptical as to whether we can officially and effectively spend all the money we’re throwing at this effort,” Rep. John J. Duncan, R-Tenn., said. Rep. Jason Chaffetz. R-Utah, says he is concerned that the U.S. Customs and Border Protection does nothing to track of immigrants when they leave the United States. SHFWire photo by Caleigh Bourgeois

Rep. Jason Chaffetz, R-Utah, the subcommittee chair, said his main concern is that border agents do not track immigrants and international visitors when they leave the United States. Therefore, it is almost impossible to keep track of immigrants who overstay visitor visas.

“It’s probably the biggest gaping hole we have in our border,” he said.

David Murphy, acting assistant commissioner in the Office of Field Operations for U.S. Customs and Border Protection, said there is no system for tracking exits right now, but the Department of Homeland Security is trying to create one.

DHS currently measures success rate by the number of people it catches crossing the border without authorization. Apprehensions have recently gone up, after a period of decline.

However, Rebecca Gambler, from the Government Accountability Office, said the current evaluation system is ineffective at actually measuring success. She said border security should instead set up a series of goals and measure success by comparing progress to those goals.

“The Department of Homeland Security has not taken steps to assess or quantify the contributions that fencing is making to border security, and we recommended that they conduct a cost-effective analysis to do that,” she said.

Rep. Trey Gowdy, R-S.C., said he also wants a goal, but asked Gambler to specify what that goal might be.

“If you were empress for the day, what would you do? ” he said.

Gambler said she was not sure what the goal should be, but the GAO should have a better idea when a new report is finished in July.

Gowdy was not satisfied.

“If you don’t … prove to your constituents that you have a reasonable but ambitious security goal, that makes it pretty tough,” he said.

Chaffetz said he is upset that border security is not properly keeping track of its success level, especially when it comes to people leaving the country.

“I think it’s the untold story of the immigration problem and mess that we have,” he said.

The House leadership has said the Senate bill is unlikely to get a vote on the floor. The Senate bill calls for doubling the number or border agents.

Committee members reflected many Republicans’ concerns over border security, which may or may not affect votes if a bill gets to the House floor.

Editor’s note: This article was previously published by The Scripps Howard Foundation Wire.

Caleigh Bourgeois is fascinated by almost everything and always asks questions. She decided to turn these pushy qualities into a career and has been pursuing journalism ever since. Going into her senior year at Ohio University’s E.W. Scripps School of Journalism, Caleigh has participated in a number of extracurricular activities and internships. Recently, she completed a news internship at NBC’s “Today” show in New York. Her daily duties included everything from assisting in editing, story writing, shooting video and the occasional coffee run. With passions for writing and meeting new people, Caleigh loves reporting and has created dozens of television news packages for Athens, Ohio, PBS affiliate, WOUB News. She also anchors and produces nightly newscasts and creates multimedia web stories for WOUB. Caleigh has also interned with WLWT, the NBC affiliate station in Cincinnati, where she shadowed reporters, edited video and wrote web stories. She also served as an online video producer for Ohio University’s Communications and Marketing Department, hosting, writing and editing web shorts. In her spare time, Caleigh enjoys adventures of any kind, running and biking. Along with her journalism major, Caleigh takes many history classes, a subject she has always been enamored with. She hopes to report on the major historical events of her generation, from all areas of the globe.

One thought on “House Republicans fume over border security issues”