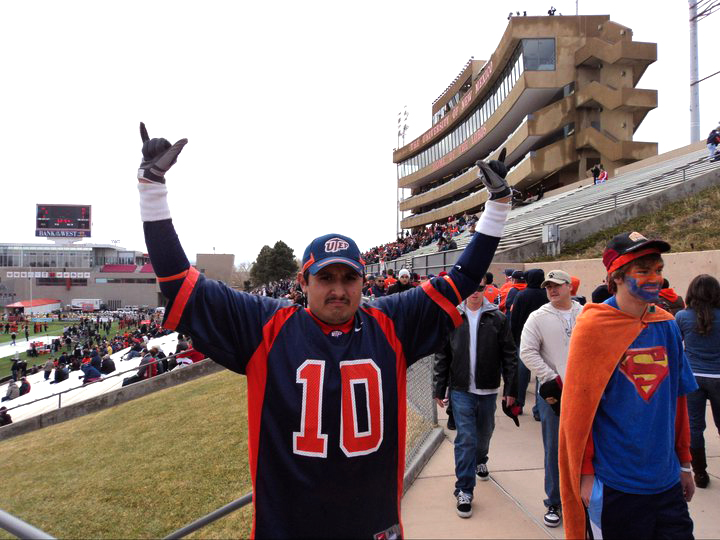 With all those schools switching conferences for various reasons, I can only just scratch the surface in this column. There are many schools changing for the better, but maybe switching conferences can be harmful if the school is not really ready for the change. A change can be for good, for better, or for worse. More recently the NCAA Division 1 had many teams switching into other conferences such as WAC, Conference USA, Big East, BIG TEN, ACC, and others for various reasons, such as fame, more money, more national exposure or just to cut back on travel time and costs.

Ever since 2010 when the University of Nebraska in Lincoln decided to leave the BIG 12 conference to join the BIG TEN in order to create a 12-team conference, other schools did the same thing.

A domino effect was created. After those three teams jumped, a huge wave of other teams moved to other conferences.

The University of Belmont in Nashville, Tennessee, for example, left a conference in order to get shorter travel distances for games. For years they played in the non-football Atlantic Sun Conference playing road games in Georgia and Florida, often travelling by plane and staying the night in hotels.

Belmont got the chance to leave the A-Sun for the Ohio Valley Conference (OVC). For them it’s a good thing because now they don’t have to spend the night in a hotel or don’t have to travel by plane for half their road games. Now they just hop on board a good travel bus. Their furthest away road game in the OVC is the same distance as the shortest trip outside of Nashville to play an A-Sun team.

To Belmont it is a winning advantage because they wanted join the OVC ever since they left the NAIA ranks to transition into the NCAA division one but couldn’t at the time because the OVC required teams to have a football team. But today the OVC dropped the football policy and this year Belmont won the OVC basketball tournament and went to the NCAA tournament.

Louisiana Tech University in Ruston, Louisiana is another school that left a conference to cut back on travel expenses. For years they played in the Western Athletic Conference as the easternmost school and the rest of the teams were out west.

This year Louisiana Tech will become a member of Conference USA where the road games will be shorter but they will still have to come out west when they play the UTEP Miners here. Another team that also left the WAC was the University of Hawaii in Honolulu, which joined two different conferences for different sports. Hawaii joined the MWC for football only and the Non-football Big West conference for all other sports.

For years Hawaii was a constant traveler. When they went on the road for road games it was jet lag for them because the student athletes constantly missed class often but the coaches made sure that the players always brought their homework on the road and took tutors with them to help out with classwork.

When Hawaii had two conference road games in a row to save money, they stayed in the mainland after the first road game instead of going back to Hawaii, returning to the mainland a week later.

With this method Hawaii saved more than $25,000 in airplane costs. In 2011 Hawaii got an offer to join the MWC as a football only school with travel limited to the western part of the United States and joined the Big West Conference for other sports where the travel is only limited to California for non-football games.

Making the current, conference member drop a sport because there are not enough members to sponsor it is a consequence of conference realignment. Notre Dame and Miami at the 2010 Sun Bowl in El Paso. (Domingo Martinez/Borderzine.com)

The conference that is going to be a non-football conference is the Western Athletic Conference. The WAC is well know because UTEP used to be a member and won the football title in 2000 and went to a bowl game in 2000 and 2005. That started up the Mike Price Football era.

Winning men’s basketball titles took the Miners to the NCAA tournament under the legendary Don Haskins.

Football had its highest moment in the WAC in the 2000s when Boise State and Hawaii went to three BCS bowls, where Boise won the Fiesta bowl twice over the University of Oklahoma and TCU.  Hawaii went to the Sugar Bowl but lost big time to the University of Georgia. As of today both schools are now a members of the MWC in two different directions Boise State is a full member and Hawaii is only a football member.

The University of Idaho in Moscow, Idaho, and New Mexico State University in Las Cruces, New Mexico (just 45 miles west of El Paso) will be joining the Sun Belt Conference in 2014 as football only schools, but remain full members of the WAC.

As I noted at the top of this blog, I am only scratching the surface of NCAA team realignments and only time will show if the tsunami of change is for better or for worse.