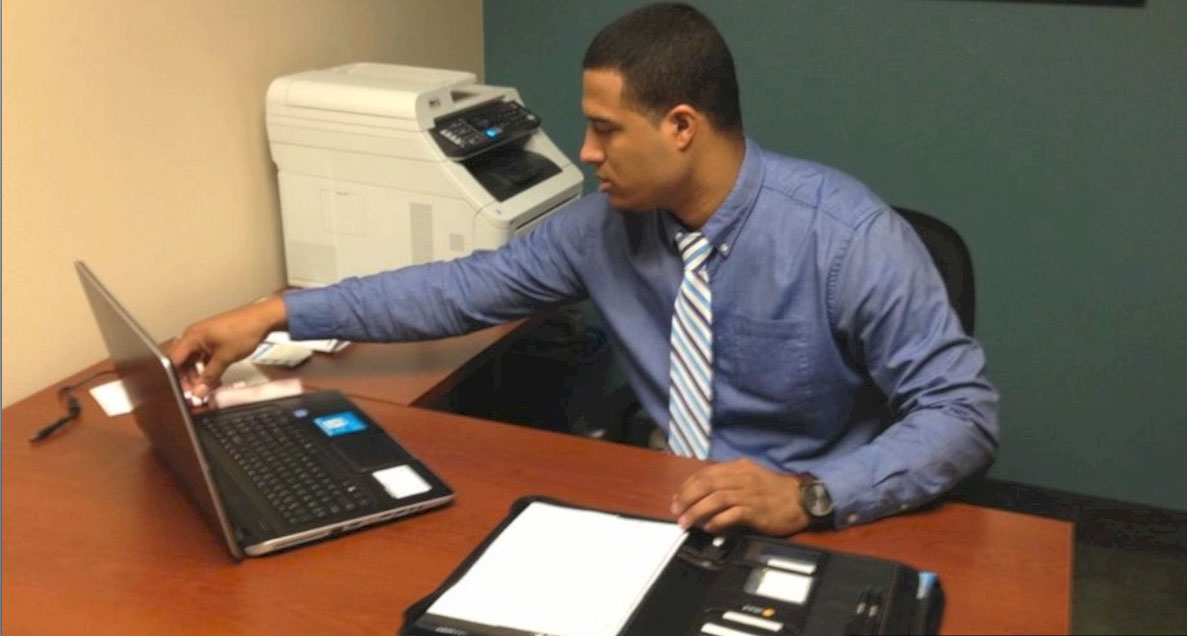 EL PASO – Kobe Bryant and LeBron James, arguably two of the greatest athletes of all time, started their pro careers right after high school, skipping college. But for college athletes shooting their last basket or throwing their last touchdown, the end of a season means a transition from a life of organized athletics to a real world of hope and frustration.

Although they have one advantage – a college education – in reality a lot of players who do exceptionally well on the college field or court struggle with the fact that they’re out of the limelight once their senior season is over.

“It was a hard adjustment at first because you’re used to a routine of practicing and being with the guys,” said Trevor Vittatoe, former University of Texas at EL Paso (UTEP) star quarterback. “After trying for two years, I’ve fallen short of making an NFL roster.” “Getting cut from the Colts sucked because I felt I really had landed my dream job and when it didn’t happen, I was down,” said Vittatoe. “But I just went right back to what I was doing before. Working.”

With only a tiny fraction of NCAA students making it to the pros, many student athletes reaching the end of their college career still remain hopeful that they will get their shot at the next level.

“Now that the season is over, I’m in the gym working hard every day,” said Jacques Streeter, UTEP senior point guard. “I graduate in May, but I’m really excited to enter the draft. I’ve worked so hard.”

Only about 1% of college players go pro and only a smaller percentage are able to play overseas, but UTEP has seen many student athletes make it to the big leagues.

“I came to UTEP to graduate and get a marketing degree, but I also came to play basketball for Coach Tim Floyd,” said Streeter.

Many student athletes become stars at their universities yet fail to see the importance of attaining a degree and have nothing to show for their college experience. As for Streeter, he said he will not only  enter the draft, but will also get his degree.

According to the Texas Tribune, more than a dozen schools didn’t graduate at least half their players in recent seasons. With a population of approximately 18,975 undergraduates, UTEP graduates 10 of every 100 students, 2.0% being student athletes. Of those student athletes, there is a 67% graduation rate. Vittatoe wanted to become a dentist but chose business management at UTEP because of its athletic program. (Courtesy of Trevor Vittatoe)

Many student athletes fail to get the most from their studies. UTEP stars such as Vittatoe and Streeter and other collegiate athletes have generated millions of dollars in revenue for universities and other companies every year but fall short of a legitimate student experience because of the demands of sports.

“I believe that athletes have an opportunity to choose what degree suites them best and feeds their interest,” said Aaron Price, former UTEP assistant football coach.

“Unfortunately, because of NCAA rules and regulations and the time constraints athletes have, sometimes they have to settle for a degree that is most conducive to staying eligible.”

Vittatoe and Streeter, like many high school athletes, selected a university based on the athletic program rather than the academic program.

“I picked UTEP because I was only offered two football scholarships,” said Vittatoe. “I wanted to be a dentist but at the same time I wanted to be an athlete and UTEP didn’t have a dental program, so I ended up switching it to business management.”

Athletes come from all types of backgrounds, many from underprivileged backgrounds and athletic scholarships give them the opportunity to attain degrees and professional skills.

“They are looked as being role models and mentors to younger children and the example an athlete can create by getting a degree can have a great impact on the children that see them as someday wanting to be like them,” said Price.

Vittatoe said he has been playing football since he was a kid, but graduating with a business management degree in December 2010 helped him get to where he is today. After failing to make the Chicago Bears and the Indianapolis Colts roster, Vittatoe is now an independent corporate distributor for Direct TV.

“I’m a boss-man now,” Vittatoe said jokingly. “I’m putting my degree to use.”