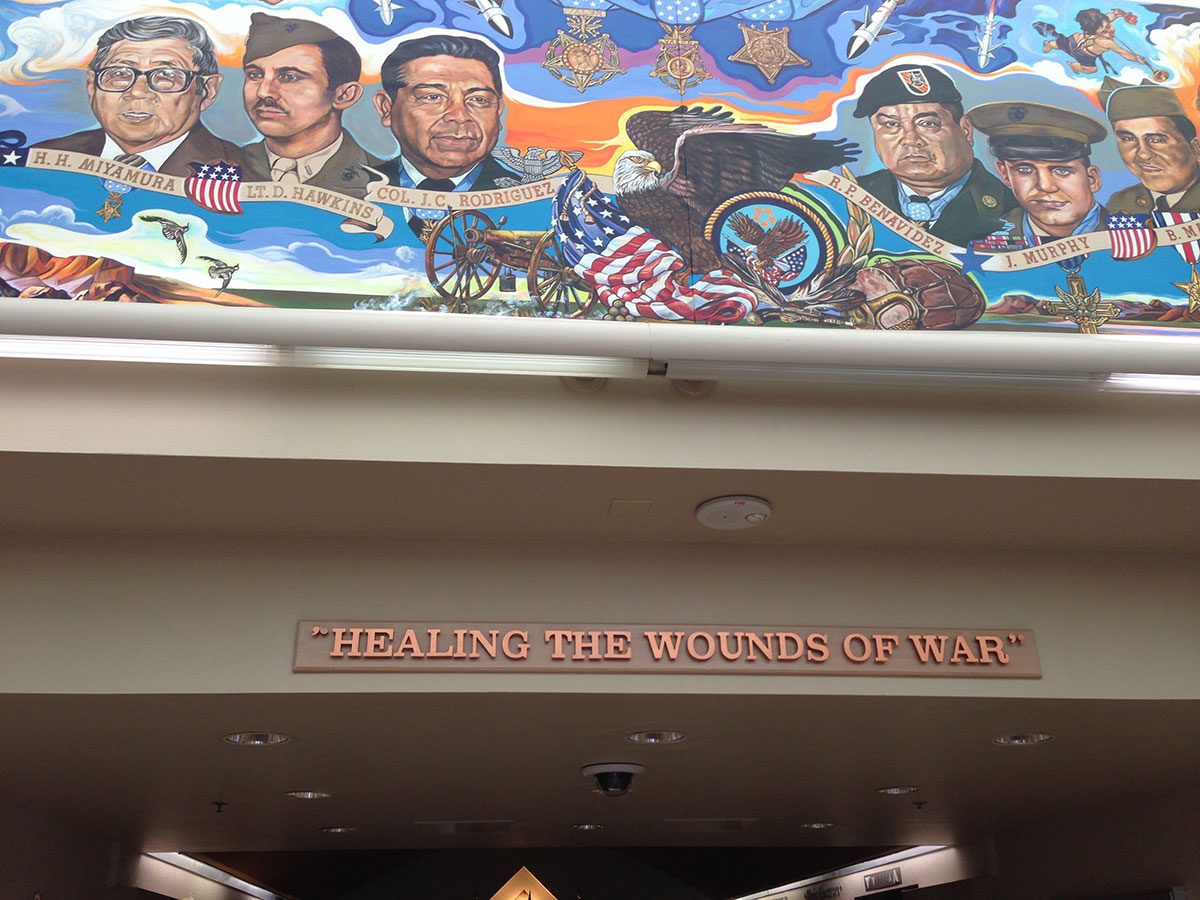 EL PASO — When Marine Sgt. Miguel Marquez returned home from fighting in Iraq and Afghanistan he realized that post-traumatic stress disorder was preventing him from adjusting to civilian life.

“I started drinking heavily to help deal with life back at home because I didn’t know what else to do,” said Marquez, 28. Thousands of soldiers coming home with mental and physical injuries from the wars of the last decade suffer from PTSD. According to the United States Army Medical Department about 10 percent to 15 percent of soldiers returning from Operation Iraqi Freedom (OIF) suffer from PTSD.

Veterans usually don’t seek medical help until an event forces them to admit that they have a problem, according to Brenda Sikorski a psychiatric nurse practitioner for the Veterans Affairs Mental Health Services at the William Beaumont Army Medical Center.

The U.S Army Medical Department estimates that about a third of all soldiers returning from OIF have received some kind of mental health care in the year right after they returned.

It is common for soldiers to deny their symptoms because most are too embarrassed to ask for the help so they resort to alternatives to cope with this disorder, such as alcohol abuse and physical violence.

“Keep it to yourself,” is what Gabriel Zubia former Marine sergeant, would always tell himself after he returned from serving in two Iraq and one Afghanistan tours. Zubia served in the U.S. Marines for eight and a half years after being honorably discharged.

Zubia, 28, said it was difficult to ask for help while serving in the Marines, because he was afraid of the consequences that he might face if he did. He explained he was trained and brought up in the “old school way,” meaning that “you never ask for help, you keep it in.” If any of his fellow marines had discovered that he had received mental help they would have made fun of him and he would have been stigmatized as weak. Veterans usually don’t seek medical help until an event forces them to admit that they have a problem, according to Brenda Sikorski a psychiatric nurse practitioner. (Joshua Gutierrez/Borderzine.com)

The procedure that each soldier in the military goes thorough after retuning from serving overseas starts weeks before they even reach U.S. soil. “Reintegration into society classes” is what Master Sergeant David Estrada, calls them.

Estrada, 46, who has served in the U.S. Army for 20 years, has been deployed overseas seven times. He explains that those classes help the soldiers slowly get back to dealing with everyday life at home.

“These classes re-gear you so that you are able to function back at home with your family and friends,” says Estrada.

After a couple weeks of those classes the soldiers are brought back home to U.S. soil where they go through multiple tests and screenings for PTSD and other complications.

Zubia explains that when soldiers return to the U.S. they are held at base for about 24 hours to make sure they are medically and physically cleared. Then they have one more week of mandatory reintegration classes followed by PTSD screenings before they are released to return to normal activities at home.

Although the soldiers go through these screenings, Zubia said that it is up to the individual to speak up about any mental issues. If nothing is said then there is no forced treatment or any tests to detect PTSD.

Both Zubia and Estrada came to the conclusion that they needed help after years of denial and dealing with PTSD problems on their own.

“I needed to do something after I realized that my relationship with the love of my life, my spouse, was falling apart,” Estrada said. “So after six years of no help I went and received therapy that I have been currently in for two years. This PTSD therapy is working wonders.”

Zubia said that he has been diagnosed with PTSD and is receiving therapy as well to try and help him deal with everyday life. “I should have done this a lot sooner, ” he said.

Estrada explains that “after you come back from real war there is an even more dangerous war that you have to fight – the mental one.”

I am a junior at the University of Texas at El Paso. My Major is in Multimedia Journalism and I want to be a sports journalist.