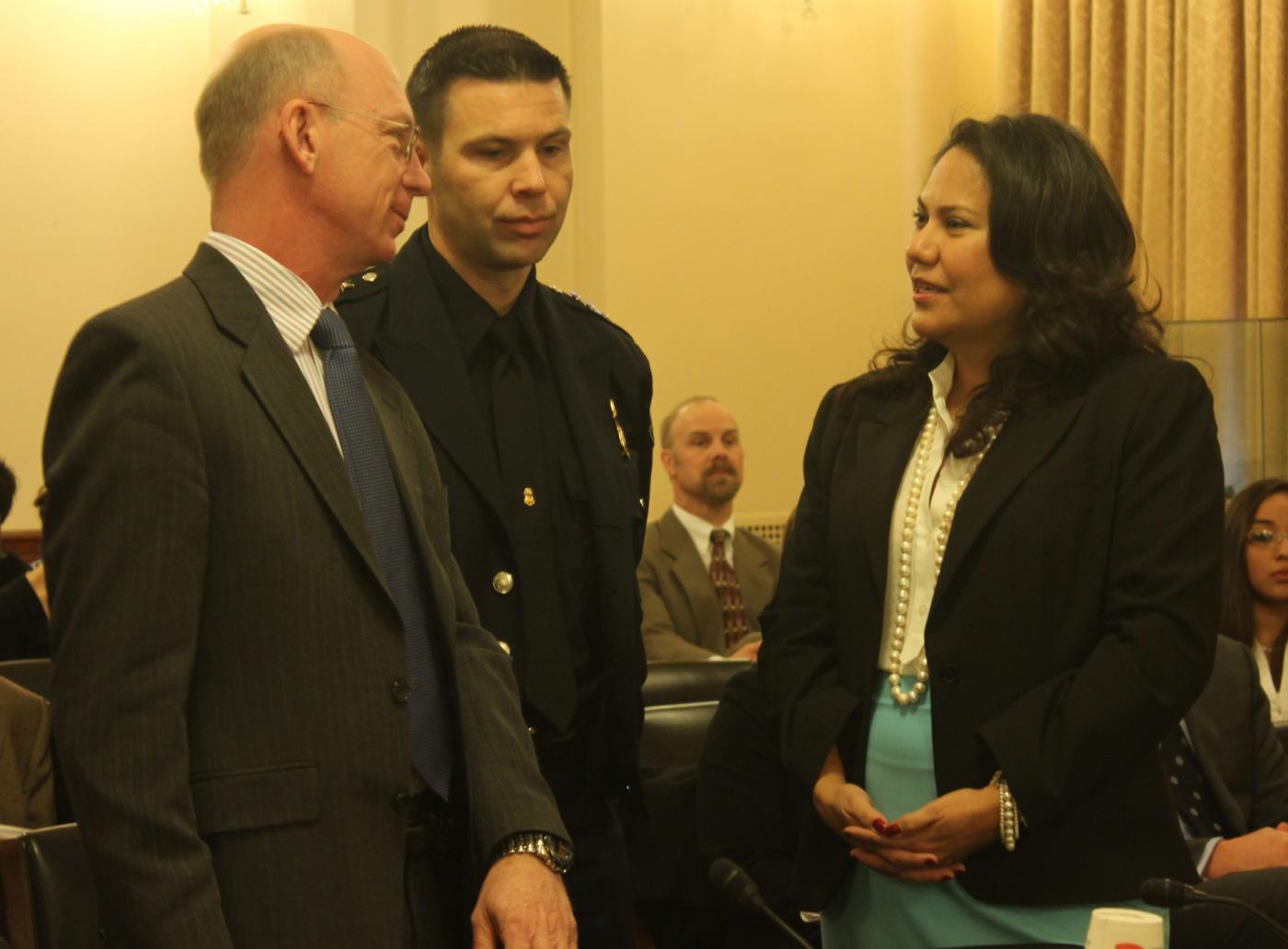 WASHINGTON – El Paso County Judge Veronica Escobar told a House subcommittee Wednesday that undocumented immigrants should get legal status without so much debate over whether U.S. borders are secure.

Her opinion runs counter to what most Republicans and many Democrats have been saying in the debate over immigration reform.

Escobar was invited to testify by Rep. Sheila Jackson Lee, D-Texas, the senior Democrat on the Subcommittee on Border and Maritime Security, because of Escobar’s outspoken push for immigration reform.

The subcommittee also heard from three witnesses from the Department of Homeland Security. The purpose of the hearing was to understand how border security should be measured.

Escobar said she is concerned about plans that put border security ahead of legalizing undocumented immigrants.

“If we deal with those people who can be addressed through policy changes – through reform – it will … declutter the environment for law enforcement,” she said.

CBP witnesses said they would release data about ports of entry within six to seven months, including staffing and traffic flow.

Escobar said she will find reports to submit to the committee that will prove that legalizing undocumented immigrants will have positive economic results.

Barletta cited the 1993 World Trade Center bombing and said one of the attackers, Mahmoud Abouhalima, was granted amnesty in during 1986 immigration reform.

“You make the argument that most migrant workers pose no threat, but one of these agricultural workers was actually an Islamist terrorist perpetrating one of the deadliest attacks in American history,” Barletta said. “If you can prevent just one terrorist from being granted legal status, wouldn’t you agree that it is worth the wait?”

Escobar said she felt the hearing went well. She said she received positive feedback from almost every committee member and the agency witnesses.

This was the first House or Senate hearing she has attended in two years. She said she chose to attend this hearing because of its relevance to immigration reform.

“I’m cautiously optimistic,” she said. “There needs to be more than just hearings, or even having your congressman as a committee member push for it. This needs to be a continued effort and our county and city has to be a constant drum beat until we get this immigration reform passed.”