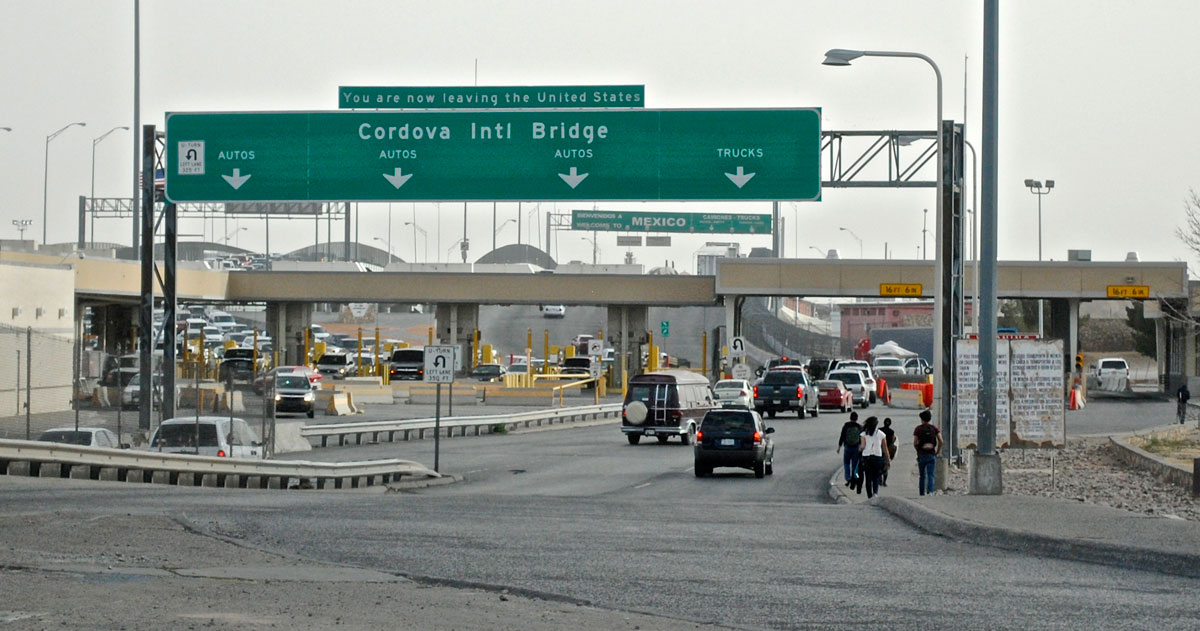 A prominent bi-national task force argued that although the U.S.-Mexico border is tighter than ever, both countries should expand cooperative law-enforcement efforts along the border to enhance security.

“As part of our border security recommendations the task force also urges a counterpart to the U.S Border Patrol on the Mexican side of the border,” said Robert Bonner, co-chair of the joint Task Force for the Pacific Council on International Policy (PCIP) and the Mexican Council on Foreign Relations (COMEXI).

According to the task force, which met Feb. 27 at the Woodrow Wilson Center  in Washington, D.C., the border is more efficient and secure now than in previous years.

In 2009 the PCIP and COMEXI, a prestigious Mexican non-governmental organization, created the bi-national Task Force to tackle pressing U.S. and Mexican cross-border issues with the principal objective to establish policy recommendations on how to strengthen border security and cooperation.

The task force includes a group of policymakers from the three levels of government, along with 30 distinguished business executives, civic leaders, and policy experts from Mexico and the U.S. Each member shares diverse knowledge and experience of the border region.

Although the task force has discussed extending cooperation with Mexican officials, an official meeting with the new administration of Mexican President Enrique Peña Nieto is yet to be scheduled.

Many of the recommendations the task force has made have been implemented. For instance, the U.S. and Mexican federal governments have made large investments in staffing, infrastructure and technology and have refocused cooperation on security efforts.

Despite investments on infrastructure, members of the task force agreed that there is a need for more improvement. Ambassador Andres Rozental, former deputy foreign minister of Mexico, said, “Our border has a 19th century infrastructure in the 21st century.”

Former Commissioner of U.S. Customs and Border Protection (CBP), Alan Bersin said, “There is a need to improve physical infrastructure but continue to cooperate on regulations that govern border reality.”

The task force says more needs to be done to fully realize the potential economic benefits of partnership. Its members suggest, for instance, that the two countries jointly develop a plan for better managing the relaxation of U.S. federally imposed restrictions on legitimate commerce between border communities.

Despite needing enhancements, every member of the bi-national task force agreed that the U.S. – Mexico border is more secure now than ever before. The task force recommended that the border not only become more secure, but lawful, efficient, and human as well.

“The United States and Mexico deserve an “A” when we measure their new shared approach to border issues,” Bersin said. “In terms of providing elements of control and reliability, the border is a success.”