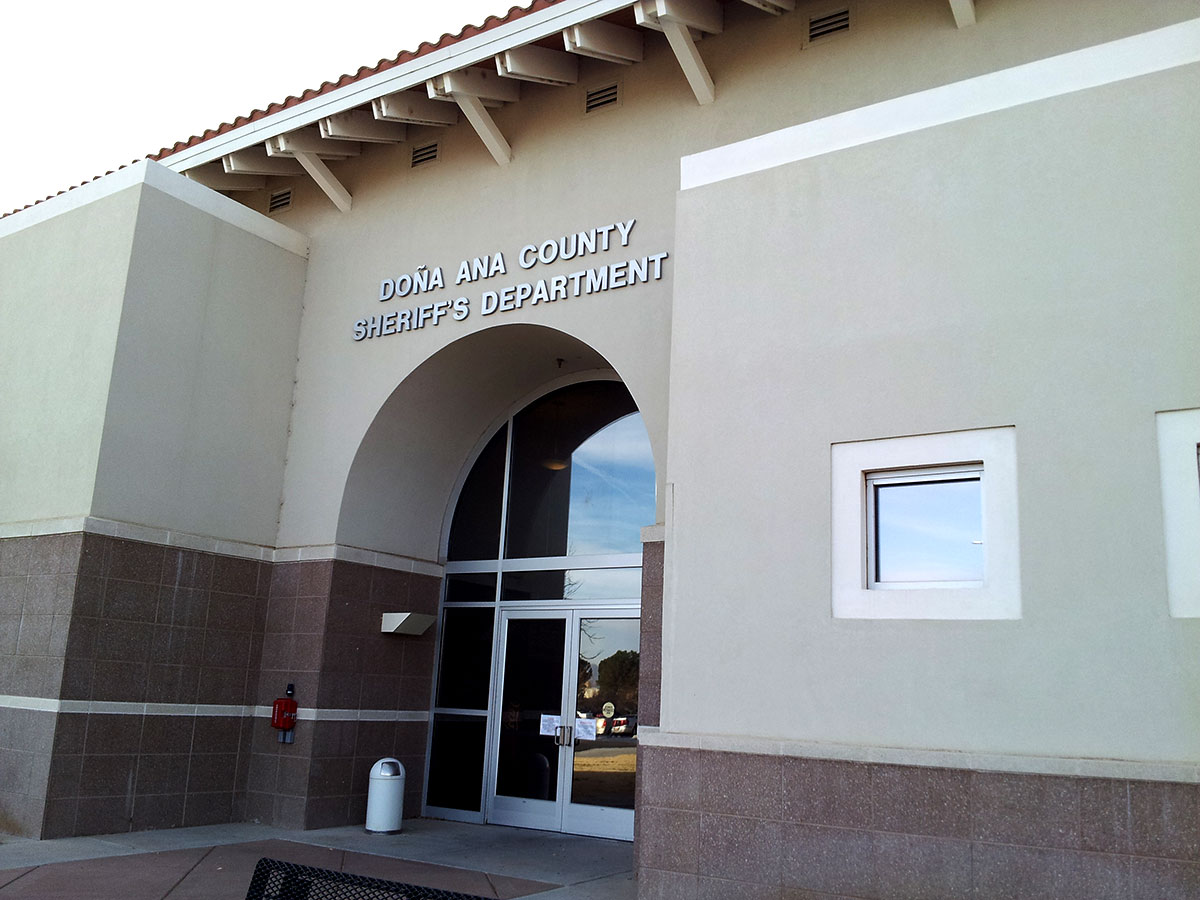 EL PASO – Speeding west on Interstate 10 with the radio at full blast through the foul smelling dusty air shed by the New Mexican dairy farms, you could be pulled over by a Doña Ana County Sheriff’s cruiser carrying Hollywood tough guy Steven Seagal. In the county where Sheriff Pat Garrett once strutted around after gaining fame for gunning down Billy the Kid, Seagal is the new lawman in town. The 60-year-old, 7th-dan black belt in Aikido was sworn in on January 24 by County Sheriff Todd Garrison at the sheriff’s headquarters in a small ceremony.

“When I first heard about this I didn’t believe it. I thought it was a joke,” said Isel Martinez, a graphic design major at New Mexico State University in Las Cruces. “Why would he want to work in this specific location?”

But don’t get your hopes too high about being pulled over by Seagal. In fact, he does not live in the county and as a reserve deputy he cannot patrol in the county unless he is accompanied by a commissioned peace officer.

“Mr. Seagal is a reserve deputy and in order to qualify as a reserve officer you must have had prior certification from another law enforcement agency which Mr. Seagal has in Louisiana, California, and Arizona,” said Kelly Jameson, the public information officer of the Doña Ana Sheriff’s Department.

Seagal, known for his roles in movies such as Above the Law and The Glimmer Man, was also deputized in Hudspeth County, Texas in 2011, but has not set patrolled there either. “He does not live here. The purpose of his visit in January was to visit with our command staff, with our sheriff and our undersheriff, about training opportunities he could provide to the department. And that is essentially the extent of his involvement in our department.  He had expressed interest in perhaps assisting some of our deputies on patrol and conversations sort of evolved for him to be deputized,” Jameson said.

According to Kelly Jameson, Seagal was involved in training officers on border security in California, which is where Doña Ana County Undersheriff Eddie Lerma first contacted him.

“For security reasons, we don’t want to talk about specific operations or specific locations where Mr. Seagal will be at, not only to protect our deputies but Mr. Seagal,” Jameson said. The actor will now be working along the U.S-Mexico border. At one point it was believed that there was a plan to have him deputized in more counties along the New Mexico and Texas region, but according to The El Paso Times, a spokeswoman for El Paso County said the Sheriff’s Office has no plans to deputize Seagal despite what neighboring counties have done.

Edward Fernandez, an employee at the Las Cruces Public Schools believes Seagal doesn’t have the skills to be a deputy in Doña Ana County because, “the Southwest is totally different from everywhere else… what would make him want to leave Hollywood?” Despite some residents being skeptical about the issue The Dona Ana County Sheriff’s Office is confident that most people are excited about having Seagal associated with this part of the country.

“I’m not exactly sure what he will be doing in his job but I know he has experience with law enforcement so I think we can trust in him,” concluded Isel Martinez.