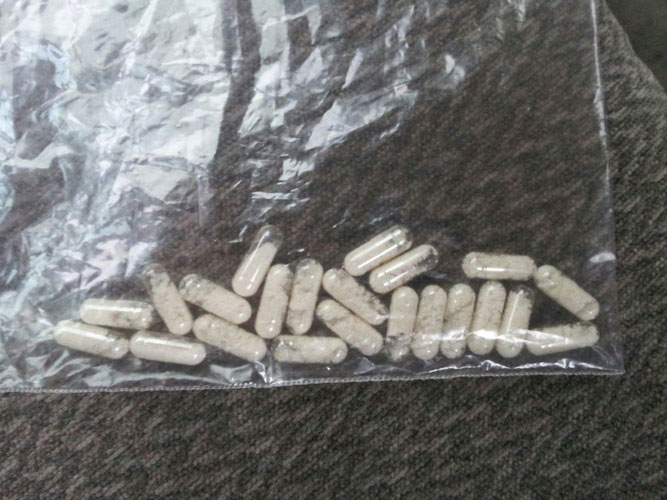 “A Molly is pure. It’s a powder." says a local drug dealer.

EL PASO – When musicians such as Kanye West, Juicy J, or Rick Ross rap about Molly, they’re referring to something much different than the beautiful woman or stripper they typically incorporate into their lyrics.

Molly, short for molecule, is the slang term for MDMA. According to the Drug Enforcement Administration, Molly is the powder or crystal form of MDMA, a chemical used in Ecstasy.

Although MDMA is considered to be a purer form of Ecstasy, it isn’t uncommon for Molly to be combined with other dangerous chemicals such as methylone, a main ingredient in “bath salts” or a much less harmful chemical such as caffeine, states the DEA. The rising popularity of the drug makes it inevitable that it will be corrupted and laced with other ingredients, which can be fatal.

“A Molly is pure. It’s a powder. But it’s a clear capsule so you never know what’s in it or what the person fills in with the powder,” says a local drug dealer who has sold Molly for several years and asked to remain anonymous.

The drug is most commonly used at nightclubs, raves or at music festivals such as Electric Zoo in New York, Ultra in Miami, and the Electric Daisy Carnival. “Molly makes you feel tipsy but not sloppy,” said Stephanie, a University of Texas at El Paso student. “It’s like taking a shot,” she said. “You don’t take a shot every day. I take a Molly on certain occasions. It’s like a recreational drug for me.” “A Molly is pure. It’s a powder." says a local drug dealer.

According to the DEA, mixing MDMA with amphetamines increases the risk of heatstroke, hypertension, heart attack and death. Molly is considered to be a Schedule I controlled substance, which means there is a high risk for addiction. Some of the long-term effects include drug craving, anxiety, depression, and paranoia.

“The chemicals mixed in Molly interferes with the brain’s neurotransmitter systems,” said Dr. David Mansfield, an orthopedic surgeon for El Paso Orthopedic. “It affects the serotonin system by increasing its quantity and creates a euphoric feeling for the person,” he said. “It begins to weaken the body’s capability to improve sadness naturally.” Many users who abuse the drug may become severely depressed, he said.

Molly has been around for several years. In his 2009 single “Empire State of Mind,” Jay-Z gave the drug the shout-out, “MDMA got you feeling like a champion.” The popularity of the drug has recently grown as more mainstream artists include the drug in their music. Trinidad James, talks about taking the drug, “Pop a Molly, I’m sweating, WHOO,” in his song  “All Gold Everything.”

Fliers asking  “Have you seen Molly?” are common at many music festivals. At Miami’s 2012 Ultra Music Festival, Madonna took the stage to introduce the next artist and asked the audience, “How many people in this crowd have seen Molly?” according to a CNN article.

Many parents, teachers and even law enforcement don’t know who or what Molly is or the rising status of the drug and the risks teens and young adults face when using Molly. “MRI’s can show the damage that is done to the brain by taking ecstasy and other hard drugs,” said Dr. Mansfield. “Some of the damage cannot be repaired.”

Despite what many teens and young adults may think about using the drug, it may or may not be pure, depending on where and when it is bought. “I had a friend who put drywall in the Molly he sold,” the drug dealer said. “The stuff I sold was pretty good because the Molly had all sorts of things in there and would make my buyers hallucinate and feel good. That left them coming back for more”.