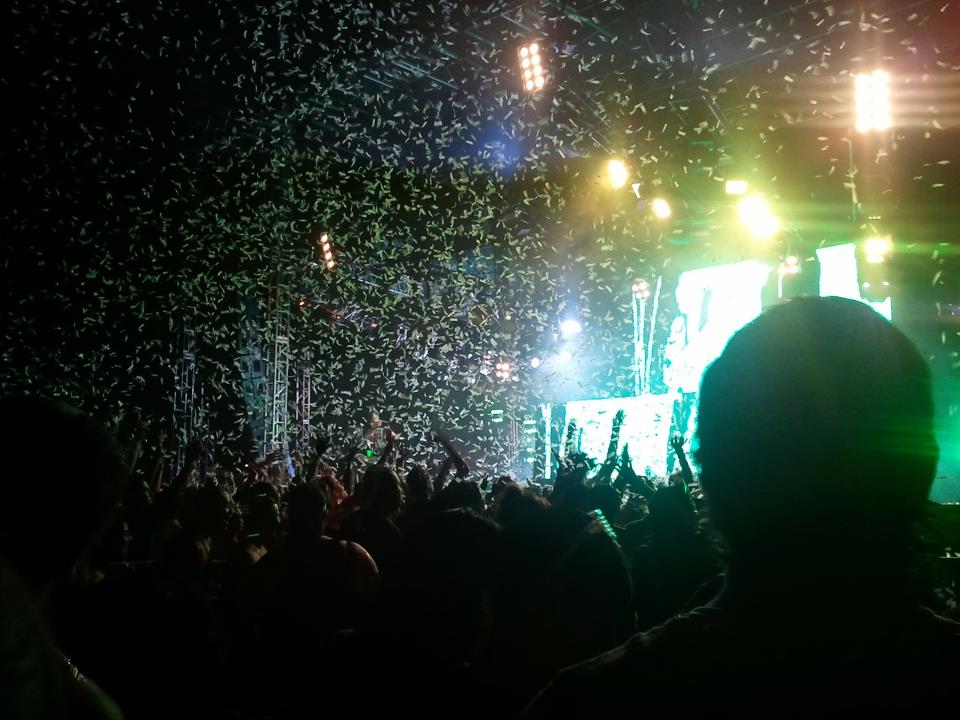 EL PASO – This city on the U.S.- Mexico border known for the strong Mexican-American culture experienced a dramatic growth spurt in music and entertainment in the past two years as nightlife fizzled in violence-plagued Cd. Juarez.

“Many people expected the Juarez violence to spill over the border, but the only thing that spilled over that border was the real electro nightlife,” said Silver IsReal, head of Estylow Junktion clothing design.

Juarez’s nightclubs such as Hardpop and Morocos concert halls were host to many shows that attracted well-known DJ’s. When the violence in Juarez began to increase, many El Pasoans stopped crossing the border to see those shows and the nightlife followed them north.

El Paso saw its biggest growth in the electronic dance music scene in the summer of 2011 when it became home to one of the largest electronic music festivals – the Sun City Festival. Since then, venues in El Paso such as The Garden, Buchannan’s event center, Tricky Falls, and Lowbrow place became hosts to some of the biggest names in electronic dance music.

Since then, El Paso hosted local music festivals that have helped local businesses grow, boosting the economy as a whole. Festivals such as Neon Desert, Sun City Music Festival, and Ohanapalooza promoted many businesses.

IsReal said he saw these festivals as a promotion opportunity for his clothing line and also as an opportunity to help other businesses around the city. “We definitely saw an increase in our sales during these music festivals. We had a higher demand for our clothes,” he said. IsReal said that the growing music scene also helped reduce some of the negativity here created by the drug war on the Mexican side of the border. With the music scene rising, the “Sun City” also saw a demand for many local promotion companies. Johnny Escalante, Co-Founder of J&K Promotions, also took this opportunity to start his own promotion company and help bring many well-known artists and DJ’s to El Paso.

“The growth has definitely helped us a lot. However, more shows means more competition. Now you have to improve the over-all quality of the event,” Escalante said.

J&K Promotions has brought in big names such as Steve Aoki, LMFAO and Dirty South. The growth of the music scene gave his business the opportunity to expand in a city that was not seen as a music destination.

“People are growing with you and you have options now. You have to give them something they remember. Make it more than the music. It keeps promoters on their toes and competition only improves the event for the city in its entirety,” Escalante said.

Mario DeSantiago, one of the many music fans who used to cross the border said he is excited to see a growth here in the music scene. “I have always been a fan of electro music and would cross the border just to enjoy the shows and even traveled to cities like Miami just to watch my favorite DJ’s. It’s great that El Paso caught on to the EDM (Electronic Dance Music) scene because I don’t have to travel so far anymore to enjoy these types of shows,” DeSantiago said.

The city of El Paso keeps on growing in many different directions, said Escalante. “We (El Paso) have the potential to be a great music destination. We are on the right path,” he said.

Iris Lopez is a Senior at The University of El Paso. She plans to graduate in the spring of 2013 with a major in Multi-media journalism and a minor in spanish. Iris currently works saturdays and sundays as an on-air personality for a local radio station, 104.3 HitFm, and goes on-air by the name 'Lily Lopez'. After graduation she plans to further pursue a career in entertainment broadcasting either in radio or television.