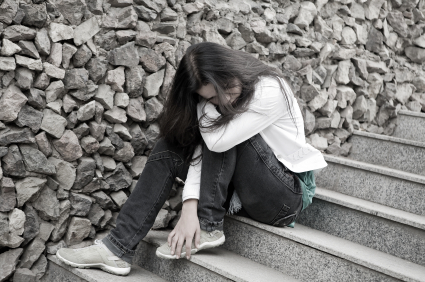 EL PASO – The woman standing in front of the audience could barely speak, signs of abuse still resonated in her voice, as she began her words became loud and clear.

“She was strangled so badly by an abusive spouse that it literally affected her ability to speak, but when she did it was obvious that she definitely had something to say,” said Shannon Osborne, coordinator of the Women’s Resource Center (WRC) at the University of Texas at El Paso (UTEP), during an interview. For the year of 2011, 3,707 cases of domestic violence against women were reported to the EPPD. (©iStockphoto)

STARS is the Sexual Trauma and Assault Response Services and is a national based program that has a branch in El Paso that assists victims of sexual assault and domestic violence.

“We have a lot of women that come to us here in El Paso, and a lot of them are fearful of coming forward because of their legal status here in the United States,” said Adriana Ponce, an immigration specialist at the Center Against Family Violence (CAFV).

According to the El Paso Police Department’s list of reasons why women do not seek assistance after domestic abuse and sexual assault, fear of being deported and having their children being taken out of the country rank high on that list.

The Federal Bureau of Investigation released a Uniform Crime report that stated that every 9 seconds a woman is physically abused by her husband. Abused women stay with their abuser due to a variety of reasons including feelings of guilt, insecurity, emotional and financial dependence but very often because of fear.

“When a case of domestic violence or sexual assault is called into the El Paso Police Department it is their number one priority to respond as quickly as possible and collect all the information available on the scene,” said Cynthia Macias, an employee of the EPPD Open Records Office.

It is against procedure to ask for their immigration status according to the officials who handle the cases. The officers take down all the information given to them by the victims involved and process the report, Macias said.

Many of the undocumented female clients that they have at the CAFV have come to the center in hopes of attaining asylum due to their situations regarding being victims of abuse and the numbers of undocumented seeking help have increased over the last fiscal year. From September 1, 2011 through March 23, 2012, 800 clients have sought out assistance from the CAFV, and 95 percent of them are women seeking assistance according to Ponce.

“These women come here to see if they qualify to gain an immigration status due to their experience with domestic violence,” Ponce said.

This fiscal year, 738 new cases have been opened pertaining to domestic violence and sexual assault at the CAFV. The initial fear of reporting a case of domestic violence because of deportation looms over the victims and in most cases and very few clients are detained by Immigration.

“Only those individuals who break the law get arrested. They go into county, and that is when they find out their documentation status, and that is when ICE (Immigration and Customs Enforcement) comes in,” Ponce said.

Those clients that are detained by ICE are referred to the CAFV when there is a domestic violence or sexual assault issue involved regarding the detainee.

Christina Garcia from the Las Americas Advocacy Center said that the center is receiving many referrals from ICE because many of the victims are being falsely accused.

“A husband will commit an act of violence against his wife, for example, then when she calls the police the husband will do something to himself to make it look like she assaulted him so they both get arrested,” Garcia said. She said she is seeing a large increase in false cases this year.

Garcia explained that it is imperative that undocumented women suffering from domestic violence and sexual assault who are afraid of reporting it because of deportation know that they have assistance available around the city.

Ali Boyd, also from Las Americas, said that this center has been around for 25 years providing assistance to those in need of help.

“Las Americas is a non-profit organization dedicated to serving the legal needs of low income immigrants, including refugees and battered women,” Boyd said.

Las Americas’ mission states that the American dream should not be for sale but should be accessible to all deserving people, regardless of their countries of origin and their financial situation according to their website. The program assists many undocumented women that have been victims of domestic and sexual abuse.

Garcia said with elections quickly approaching these programs assisting undocumented women that are victims, with attaining visas are in jeopardy.

“There are new bills that are trying to be passed to eliminate these programs because they are government funded, and they are trying to get rid of laws that advocate for these women,” Garcia said.

CAFV devotes little time to promoting its services because there are already a large number of undocumented women seeking assistance. Ponce said the ability to accommodate the women’s needs and provide legal status is becoming difficult for CAFV. There are many other centers in El Paso that can provide assistance regarding domestic abuse and sexual assault, while protecting victims and their families from deportation, Ponce said.

“I believe that immigrants become more victimized because of their status,” Garcia said.

Given El Paso’s location on the U.S.-Mexico border the numbers of undocumented women involved in these cases of domestic violence are increasing and there are services available regardless of their immigration status according to Garcia.