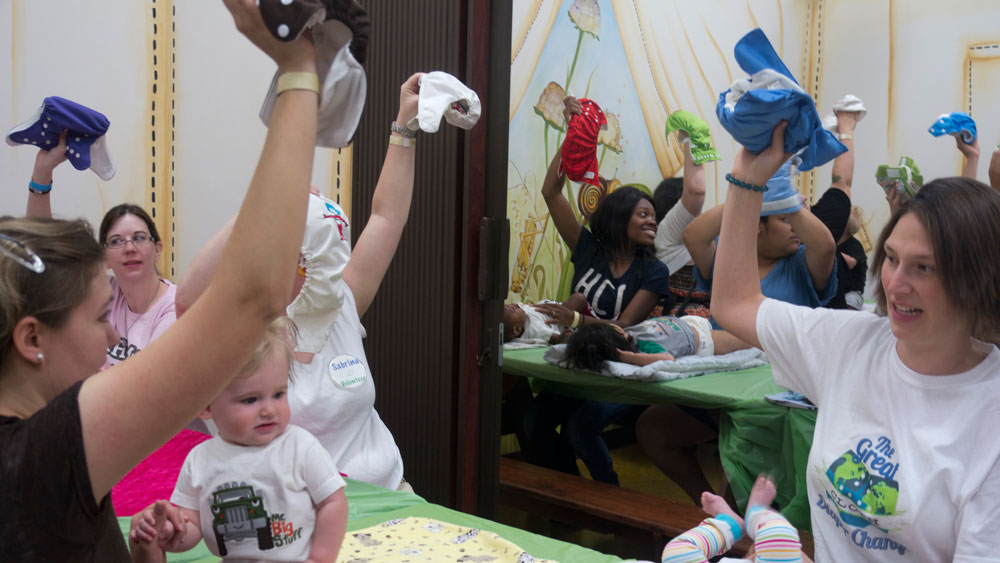 The El Paso event coordinator and owner of local cloth diaper business www.clothbottom.com, Amy Laffan, said the event was organized to create a buzz about eco-friendly alternative to disposable diapers. The event is in its second year. In 2011 a record setting of 5000 diapers were changed simultaneously around the world. This year the event took place at over 300 locations in 16 countries –200 more than last year.

The final count for 2012 is still being tallied.

Parents cited numerous benefits to cloth diapering in addition to environmental ones, including fewer rashes, less stink, lower costs, and the all important cuteness factor.

Heather McNamara, Executive Director of The Real Diaper Association, the coordinator of the worldwide effort, said “Building off the success of last year’s event with 127 locations in five countries, we hope to show the entire world that cloth diapers are a real option for today’s modern families, particularly catching the eye of expecting and new parents who may be seeking more planet-friendly and affordable alternatives to disposable diapers.”