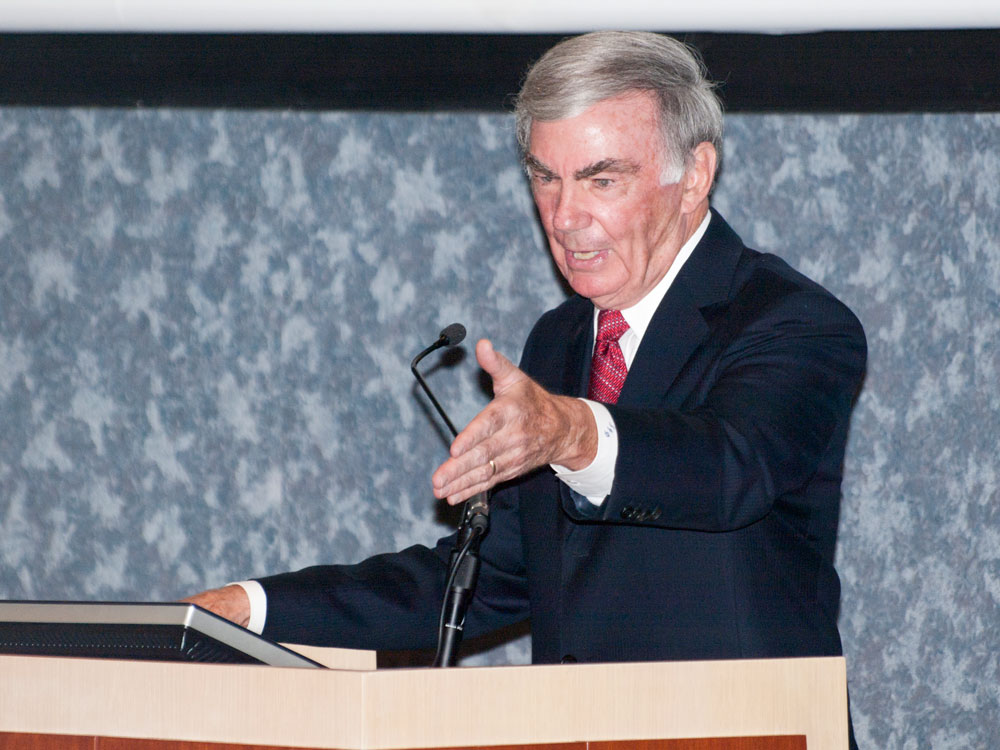 EL PASO — The legendary, the tenacious, the former White House correspondent Sam Donaldson has earned many titles along his successful trek in journalism, but it all began in this southwestern border city.

Donaldson, 78, is a veteran reporter for ABC news who does not hesitate at the opportunity to visit his former University of Texas at El Paso to talk about his passion for journalism and politics.

Donaldson is best known for serving three times as ABC’s White House Correspondent covering presidents Carter, Reagan and Clinton. He covered the war in Vietnam, the Watergate trials and was the first anchor of ABC’s Sunday Evening News.

“I enjoy talking to people who are interested in the news business and interested in the things that I have done from the stand point of learning about those,” Donaldson told Borderzine before taking the stage of UTEP’s Centennial Lecture Series on March 26.

During the day Donaldson paid surprise visits to a couple of classrooms where he spent time sharing stories with students about standing only six feet away from President Reagan during the assassination attempt in 1981 and about the importance of journalism’s role in society.

Hearing Donaldson speak is a living history lesson. He speaks in a dynamic range, flailing his arms and hands as if trying to rattle your mind into paying attention. He is blunt and direct and does not hesitate to tell it as it is.

During his lecture in front of some 250 people he referred to the current political gridlock in Washington as “stupid” and said the Chinese are “eating our lunch while we are sitting there hating each other.” A large crowd with people from several generations gathered at the Undergraduate Learning Center to listen to Sam Donaldson's talk about journalism and politics. (Robert Brown/Borderzine.com)

Donaldson also explained how media has changed over the years and that politicians are more trained to deal with journalists like him who ask the hard questions.

He explained that in his day, “Politicians would come and you would ask them a direct question and they would dodge, they weaved, they would give you a bunch of flim-flam or what have you, today they just flat out lie,” Donaldson said.

Although he credited young journalists as being “intelligent,” Donaldson believes younger generations do not fully understand their history and are not paying enough attention to lessons learned by preceding generations.

Donaldson expresses these concerns when he quotes George Santayana, “Those who cannot remember the past are condemned to repeat it.”