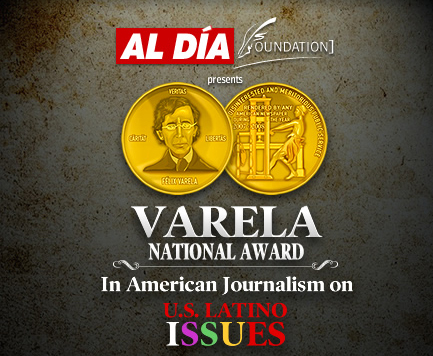 The Varela Awards for Journalism will award up to $40,000 dollars in cash prices.

PHILADELPHIA – The Félix Varela Awards for Excellence in American Journalism, the awards established 4 years ago by the AL DIA Foundation, will be, for 2012, also a celebration of one of the pillars of the US Constitution, the First Amendment.

The Varela Awards will recognize the best feature writing, best blogging, best documentary, and best photojournalism on Latino and Multicultural Issues in America.

The VARELA Awards, offers the largest cash prize in its category, giving $10,000 per award, along with a golden medal of Father Félix Varela, an American intellectual of Latino origin who had a great impact on 19th Century America.

The Awards honor the legacy of Father Varela, who published, in the City of Philadelphia, one of the first Spanish-language newspapers in the U.S.