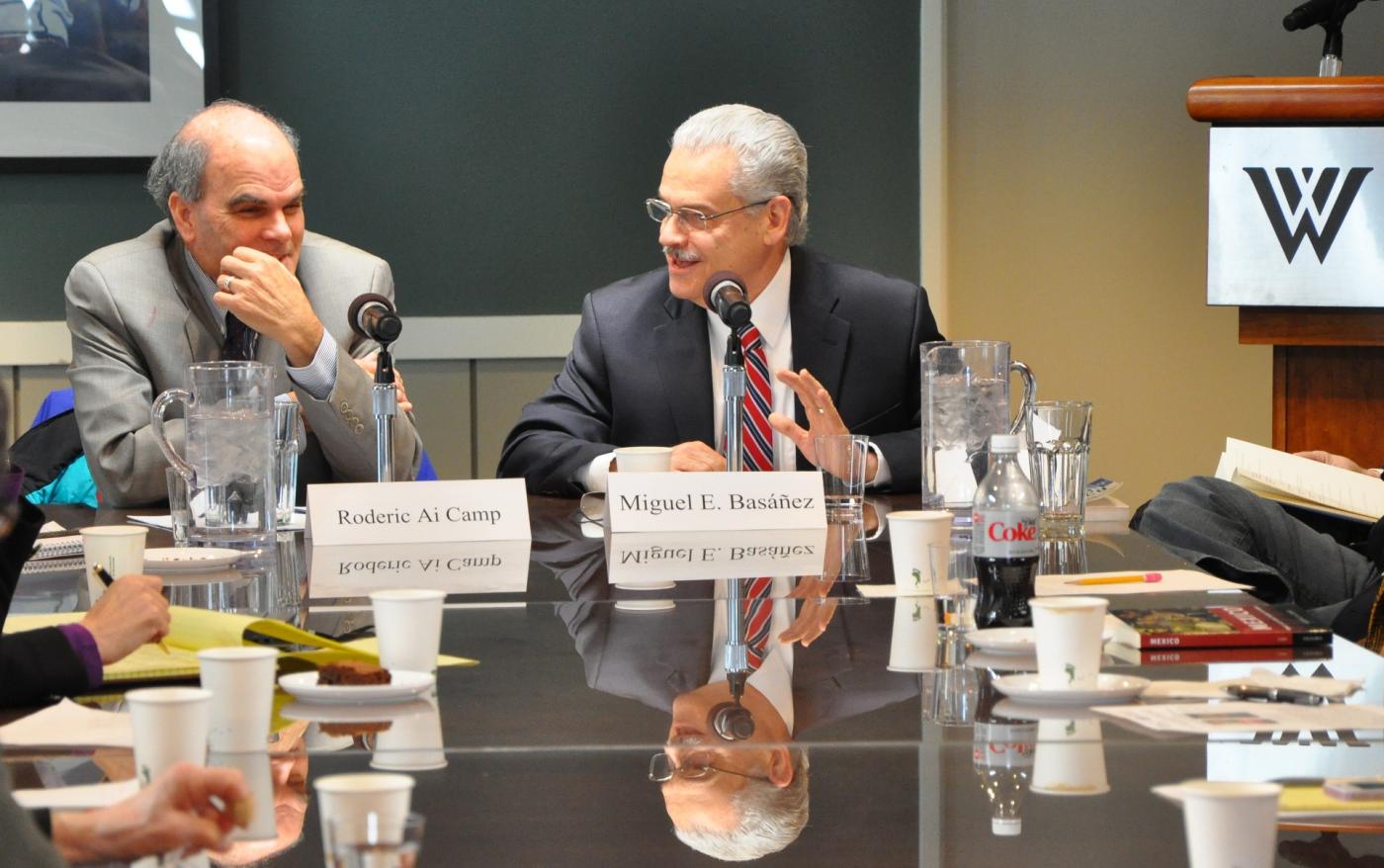 WASHINGTON – The United States isn’t the only country facing a contentious presidential election this year.

Mexico will elect a new president in July, and some experts think the National Action Party (PAN) will be ousted from office by the Institutional Revolutionary Party (PRI), which held power for 71 years before the PAN took over in 2000.

Roderic Ai Camp, professor of the Pacific Rim at Claremont McKenna College, said Friday that two issues are likely to be important to voters: increasing family income and  reducing violence.

He spoke at a forum sponsored by the Woodrow Wilson Center for Scholars Mexico Institute and the Hispanic Division of the Library of Congress.

Religion may be a third issue, Camp said. The Catholic Church has played a major role in politics, coming under fire at times when it has spoken out against officials and pushed democracy in the last 15 years.

He said there is little academic work done on the relationship between politics and religion in Mexico because scholars choose not to explore the subject.

“The church plays two roles. It has always been a critic of neoliberalism,” Camp said. “There is an agreement on human rights. They would stand up for human rights, and they actually practiced this in the ‘90s. … What is interesting to me is they haven’t been outspoken as they have been. Only a few selective bishops have made very clear statements.”

The country has been plagued by a drug war that has taken thousands of lives. Camp said the problem does not arise just from Mexico but stems from the drug consumption of Americans.

He said 9 percent of all Americans over the age of 12 use some type of illegal drug.

“Why don’t members of Congress talk about this? Because it is so much easier to say the problem is next door rather than to admit it is a social problem,” Camp said. “Why are people consuming the drugs? That is a much more common message.”

The political atmosphere in Mexico has been a tumultuous one the last few decades, with the drug war and the shakeup in presidential elections.

Camp is one of the foremost experts on politics in Mexico and is frequently consulted in the areas of comparative elites, church-state relations and civil-military affairs. Last year, he released three books, Oxford Handbook of Mexican Politics, Mexican Political Biographies and Mexico, What Everyone Needs to Know, that discuss the lives of politicians and topics relating to political institutions.

“He in a way is a synthesis of so much knowledge of Mexico,” Miguel E. Basáñez, professor at the Fletcher School of Tufts University, said. “When you look at the structure of the handbook, you can see what is Rod’s brilliance.”