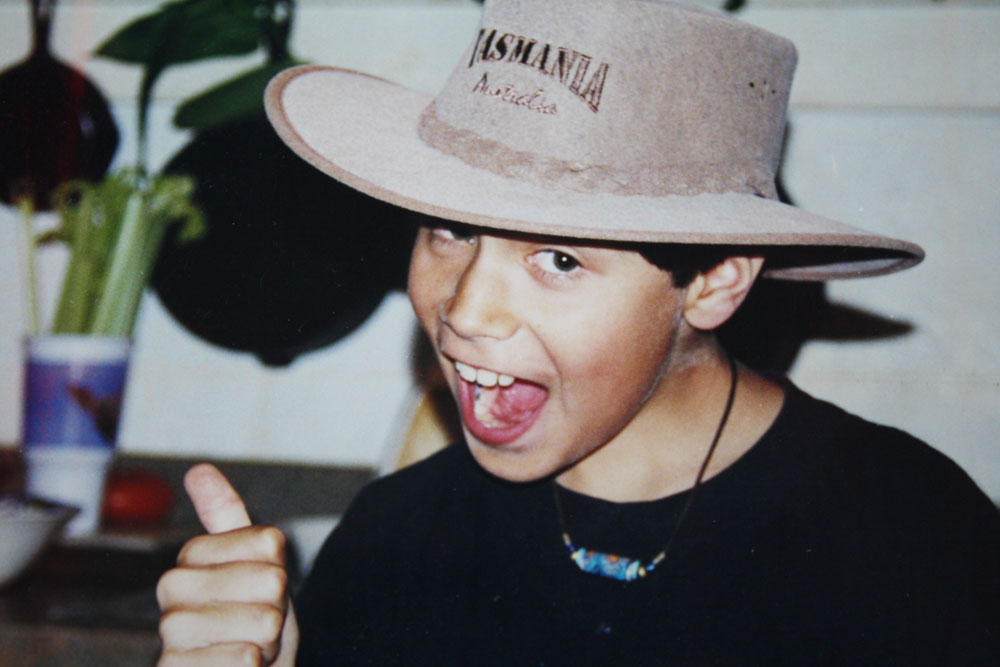 Kids are always up for fun. Julian Jimaréz-Howard around age 8. (Photo courtesy of Cheryl Howard)

EL PASO – I think we always knew that boys wanted to have fun, but it took Cyndy Lauper to tell us that girls did too. When the song “Girls Just Wanna Have Fun” came out, I fell in love with it.  I was a serious college professor, a divorced mother of two kids, pushing 50, and declaring myself a “girl.” I could hear the commercial, “Silly rabbit, Trix are for kids” rattling around in my head along with the song. But not feeling particularly guilty. Kids are always up for fun. Julian Jimaréz-Howard around age 8. (Photo courtesy of Cheryl Howard)

So why is it we think that fun is for kids only, that it is something juvenile, inherently not adult? When somebody says, “Grow up,” they mean, stop playing around and get serious, the fun stops here, at adulthood. I think this is hooey. (Hooey, by the way, means malarkey, baloney, drivel, bunk, silly, nonsense. Miriam Webster doesn’t know the origin of the word, but its first recorded usage was in 1912. It is a fine silly word, and I like the sound of it.)

OK.  I am serious now, and I believe that play and fun are serious business. Abraham Maslow, famous psychologist, says that “almost all creativity involves purposeful play.” His fellow psychologist, Carl Jung says: “The creation of something new is not accomplished by the intellect but by the play instinct.” And if you think psychologists are full of hooey, physicist Richard Feynman (Surely You’re Joking, Mr. Feynman) says: “Play is hard to maintain as you get older. You get less playful. You shouldn’t of course.” It was when he was playing and amusing himself that he was most creative. His Nobel Prize resulted from an idea he got seeing a man throw a plate in the air and watching it wobble. Feynman also picked locks, painted naked women and played bongos. We learn almost effortlessly through play, in games, in rhymes, in silliness. Our curiosity is piqued when we are amused by something, even the sound of words. Conversely, it is very difficult to learn what we dislike or find boring. Fun is never boring. Rote learning may still have a place in our brains, but once you have learned your times tables (assuming you have) then they aren’t very interesting. Once patterns are established, we are eager for new ones. It is the unexpected that makes us sit up and take notice. Fun delights us, makes us laugh. Professor Gina Nuñez, up for fun, the theory and the application too! (Photo courtesy of Cheryl Howard)

And, so we have been told that laughter is the best medicine. Surely you don’t think psychologists and physicists and physicians are all full of hooey, do you? Physicians say it boosts our immune system, reduces stress, promotes bonding and friendship, prevents heart disease, relaxes our muscles, and other wonderful things. Plus, it is one sure fire way to know you are having fun!

With the blessings of psychologists, physicists and physicians, why not ask a poet and a painter as well? They weigh in, heavyweights both. The Chilean poet Pablo Neruda: “A child who does not play is not a child, but the man who does not play has lost forever the child who lived in him.” And painter Pablo Picasso: “Every child is an artist. The problem is how to remain an artist once he grows up.”

Cyndy Lauper may be a light weight, but she has some formidable backing. There are so many serious problems in the world, and we have so many serious people not solving them, I think it’s time we gave humor a chance. You never know what might happen… if we stopped taking ourselves so seriously, if adulthood didn’t have to be defended so adamantly, if we stopped thinking of fun as foolishness. I personally refuse to let any Daddy take my T-Bird away.