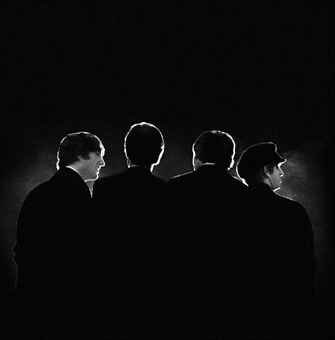 Phtographs from “The Beatles Illuminated: The Discovered Works of Mike Mitchell” were auctioned by Christie's on the 20th of July, 2011. (Photo courtesy of Mike Mitchell) Phtographs from “The Beatles Illuminated: The Discovered Works of Mike Mitchell” were auctioned by Christie's on the 20th of July, 2011. (Photo courtesy of Mike Mitchell)

EL PASO – A sense of adventure, a camera and a little bit of luck marked the beginning of a young photographer’s career, tools that paid off nearly 50 years later for Mike Mitchell.

At the age of 18, Mitchell was living in Washington, D.C, and starting his career as a photojournalist. Having already developed a love for photography in his early teens, he set off to do what naturally comes next –find a way to get paid for doing what he loved.

In 1964 he began an internship at the Washington Star newspaper and also did freelance photography for magazines and other publications.

That year also saw the first Beatles U.S. concert tour. Their first stop was the Washington, D.C. Coliseum on February 11, where they were greeted and adored by thousands of screaming fans.

“The reason I went to that particular concert was that I had heard their music before,” Mitchell recently told a photography class at the University of Texas at El Paso, “and I had just barely discovered that the camera was really a ticket to places that I could never go otherwise.”

Mitchell was lucky enough to obtain press credentials from a magazine he worked in at the time, but he recalls that he wasn’t really covering it for anybody, He was shooting it for himself.

“Shooting for your self as oppose to some outlet is a profoundly valuable thing to do,” he added.

Seizing the moment, Mitchell got up close and personal to the Beatles during a press conference hours before the concert and began to snap away. Mike Mitchell talks about his recent body of work, Lumi-Gnosis, to a photography class at UTEP. (David Smith-Soto/Borderzine.com)

“No photographers were up on the stage, so I just got up there and nobody stopped me and I got the picture,” he said.

A couple of Mitchell’s photos were published in a magazine he worked for at the time and he kept the negatives and stored them away in a box in his basement.

“I never forgot I had them, I took them out around the 80’s. By then The Beatles had become The Beatles.”

Around that time he explored the possibility that the negatives might have accrued some monetary value. “I contacted a company and they told me that they would love to have the negatives and offered me $125 a piece for them.” Mitchell refused that deal.

“What really motivated me to dig them out was that I was broke, I had lost my house and a pretty big chunk of my life and I was looking for a lifeboat,” he added.

“I had to go in with Photoshop tools and despeckle them, and as I was doing that to one of the pictures I noticed this fairly large chuck of crud on somebodies shoe and I zoomed in to get rid of it and low and behold it wasn’t crud it was a reflection in the shape of a little heart.” Something he considered to be very meaningful and later replicated on the rest of the prints as a subtle watermark.

Initially his work was intended to be shown to Yoko Ono’s lawyer with the purpose of gaining some notoriety, but instead found its way into the hands of an employee for Christie’s auction house, a renowned company that auctions art and other valuable objects to clients around the world.

Mitchell recounts that period of his life as a “two month ride on a space shuttle,” he described the feeling of leaving the planet for an extended period of time and then having to get his feet back on the ground when it was over.

The auction of the prints was titled “The Beatles Illuminated: The Discovered Works of Mike Mitchell” and was held on the 20th of July, 2011 in Christie’s auction house in New York city. “The people at Christie’s have a way of amping up things to draw some attention to them,” said Mitchell. He describes how the last piece that was auctioned off that night fetched the sum of $68,500 and felt like a “seven-minute rocket trip.”

A total of 43 gelatin-silver prints depicting the historical moment in rock history were collectively sold for nearly $400,000 dollars.

Unfazed by his newfound fame, Mitchell continues to hone his photography and continues to experiment with light. “My photography, for many years now has been all about light,” he added.

“Lumi-Gnosis,” his latest body of work, derives from the idea that light is the messenger of life, and in his work he lets light speak for itself. For Mitchell a light source is a living entity that contains vast amounts of information.

Mitchell made the necessary accommodations to his home studio in order to find way of inviting the light and allowing it to do what it does best. “Light adds a spiritual contribution to the meaning of the picture, and everybody who see the pictures has a different interpretation. Some see the human soul, and other see Donald Duck.”

Mitchell’s Lumi-Gnosis photographs can be seen on his website: http://www.mikemitchell.us