EL PASO – The aroma of freshly waxed lowriders saturated the Riverside High School parking lot as car clubs harkening back to their Chicano roots came together to honk and holler and rock and bounce.

Hundreds of people enjoyed the nacho stands and the Mexican bands as they marveled at the customized cars remodeled into a homage to Chicano history, part of a series of celebrations in March honoring the memory of César Chávez. Radio El Paso Community College broadcast the festivities. The César Chávez Celebration Car Show hosted by the Riverside Youth Activists and the Cultural Artists United for Social Change showcased vehicles of all different types brought to the meet by different car clubs from El Paso.

Wikked Customs Car Club started eight months ago by siblings, Adrienne Novotny, 25, and J.R. Maldonado, 19, proudly showcased three of the cars — a 1994 Camaro, a 1989 Firebird and a Marvin the Martian Themed 2004 Mazda RX8, all from Wikked Customs.

“Us being here today is about showing support to the public, being together and having fun,” said Novotny, co-president of Wikked Customs.

Not only was the car show held in honor of Cesar Chavez, it was also meant to raise money for Riverside High School.

Larry Primera and Alex Hernandez of the non-profit Our Story Car Club, started in 2007, put their 1949 Chevrolet truck, 1940 Pontiac Silver Streak and other cars from the 30’s, 40’s and 50’s on display during the show. Hernandez said he spent seven years customizing his Chevy truck. “When I got it, it was nothing. I rebuilt it from scratch.”

“We are definitely here to show support for César Chávez, but we also wanted to help Riverside raise some money,” said Primera. The vice-president of the Sun City Car Club started in June 2010, who goes by the name of Capone, said he is pro-Raza. “I’m all for the movement, so being in a car show in memory of César Chávez just felt like the right thing to do.” Capone, along with the president of Sun City, Elias Jordan and other members also brought out their custom cars for Jordan’s daughter, who attends Riverside high School.

“We want to promote eptcruising.com and to represent César Chávez as best as we can,” said Mando Espinoza, administrator and owner of the El Paso website, which features pictures of local car shows and concerts.

During the four hour-long car show, there were contests and performances for entertainment throughout the afternoon. Almost every kind of vehicle was featured in the show, from a Pink Panther themed SUV to Novotny’s Puerto Rican and Bikini themed 1994 Camaro. 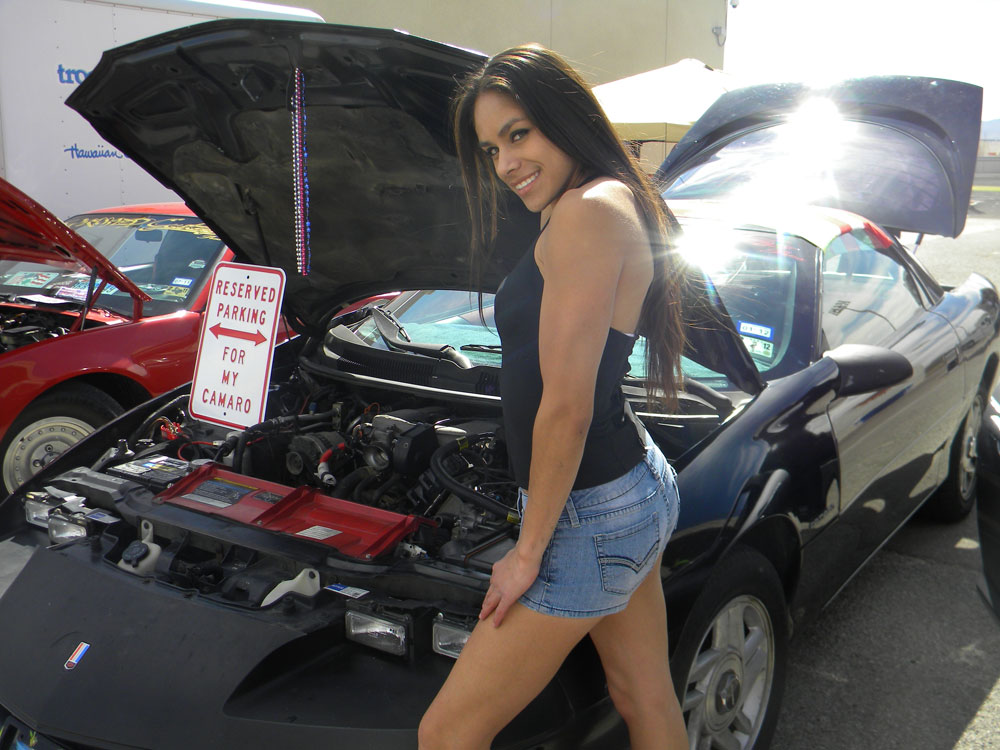 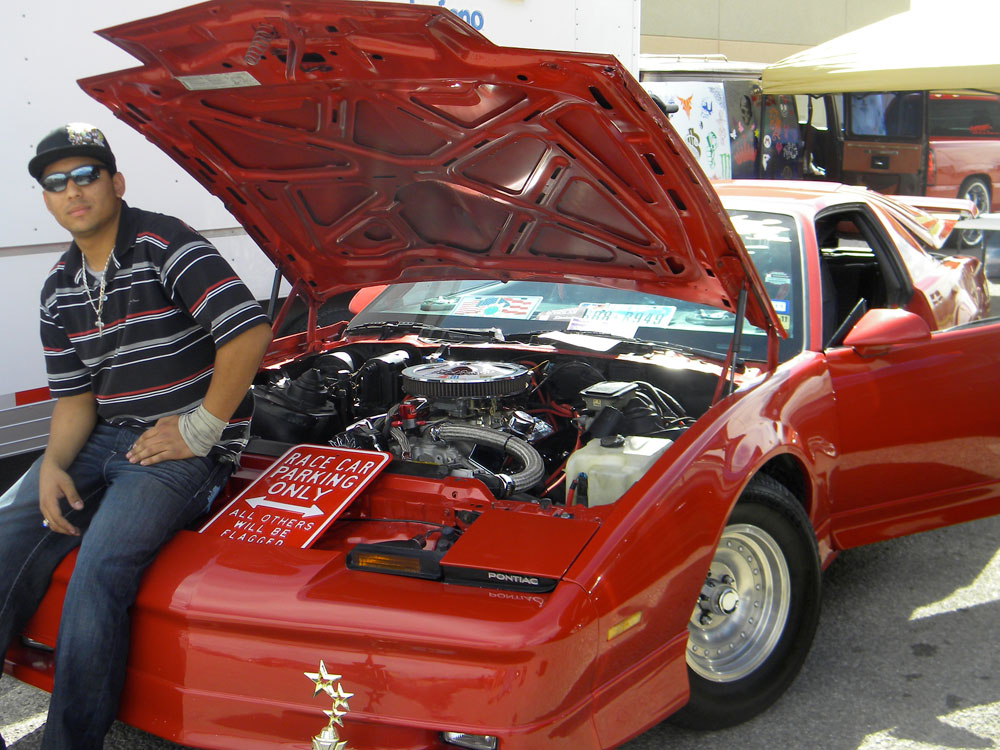 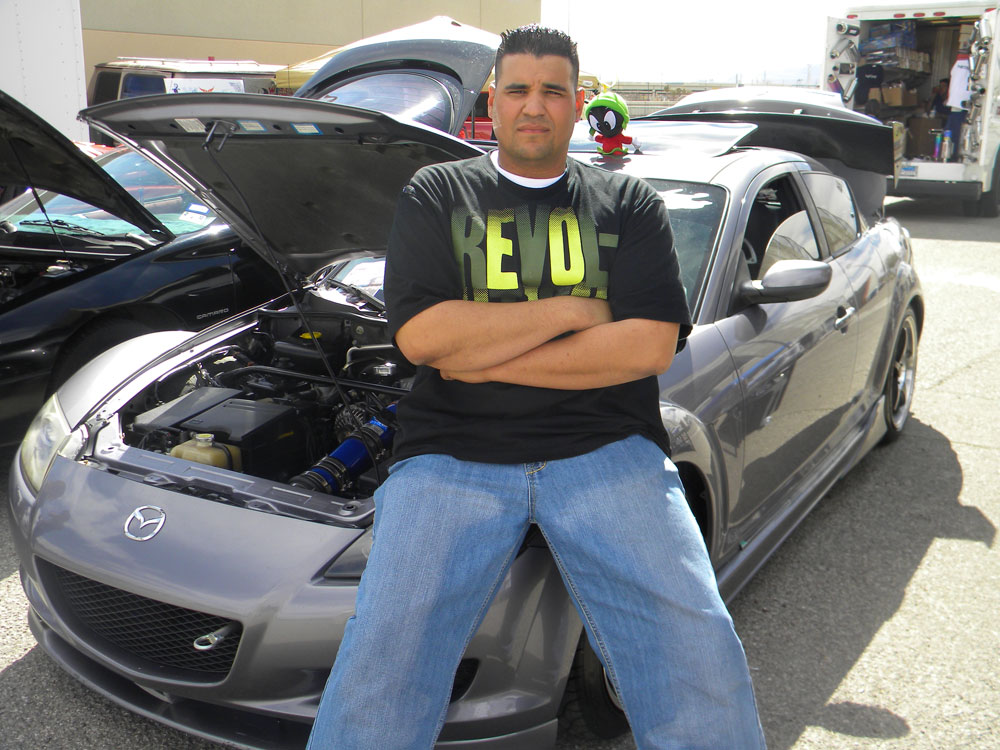 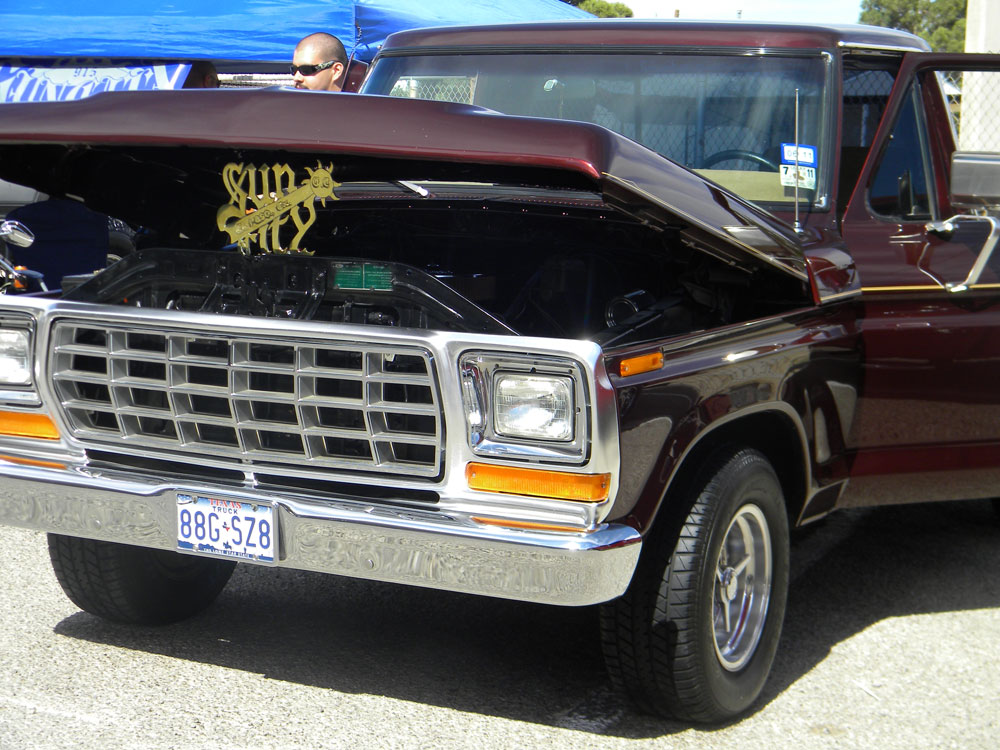 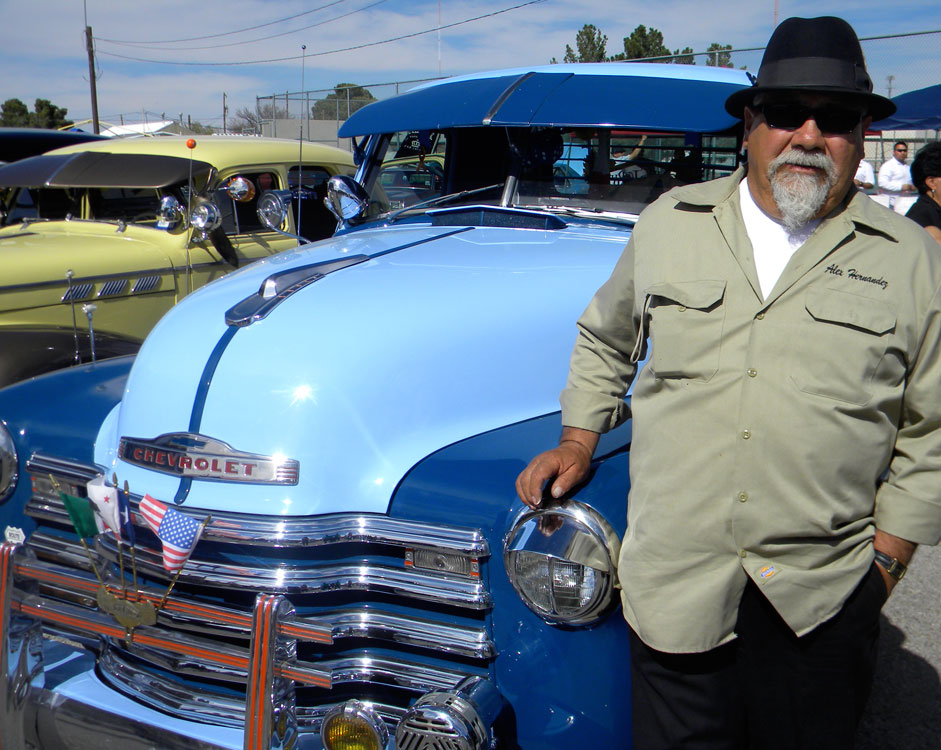 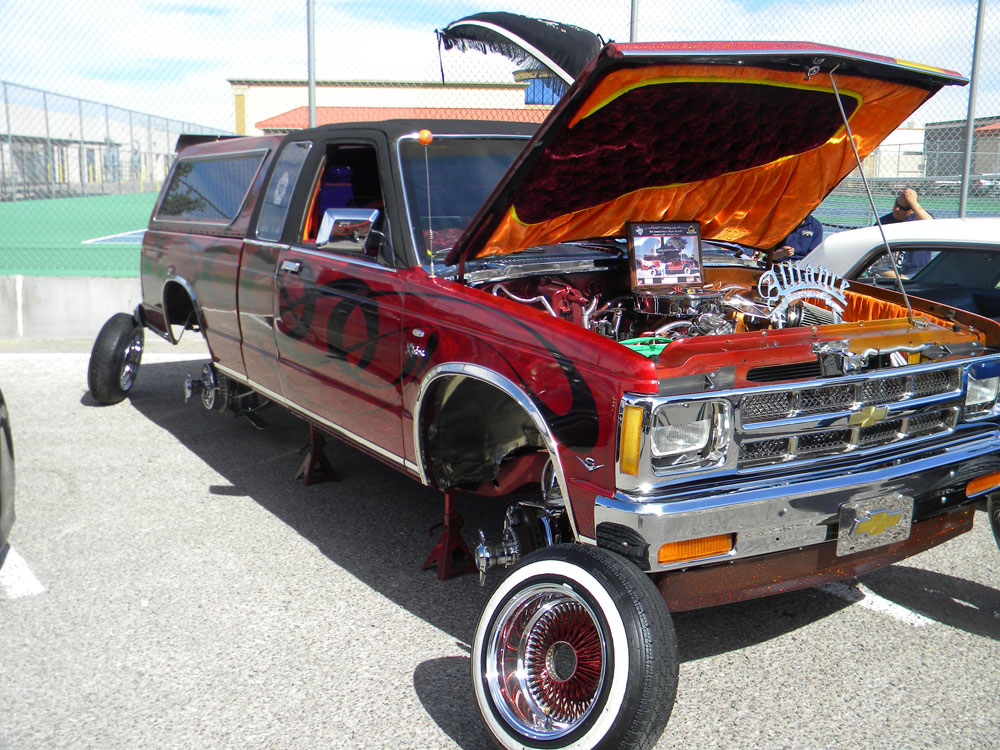 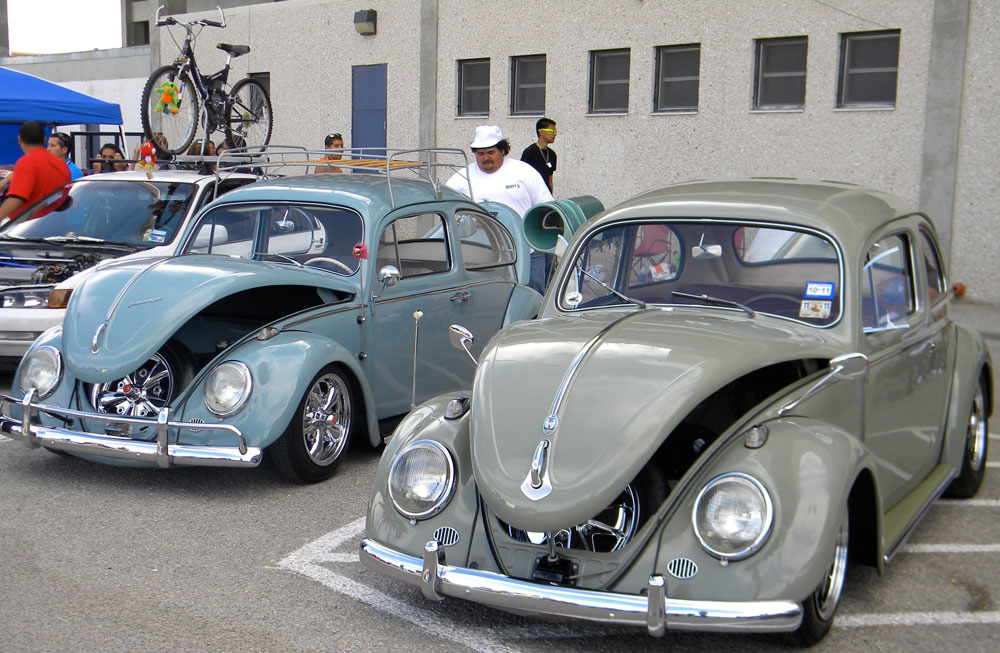 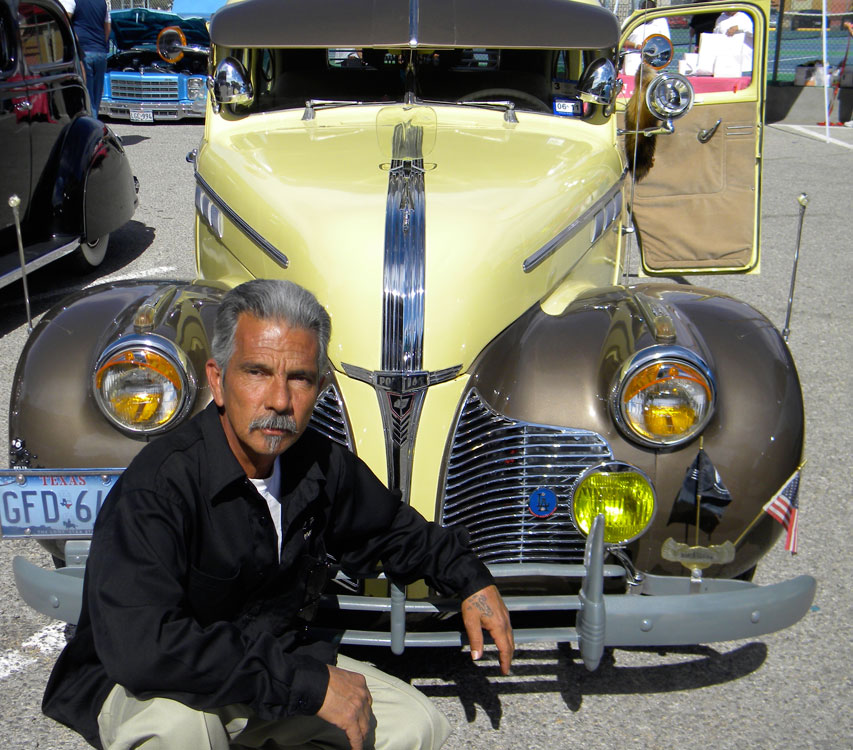 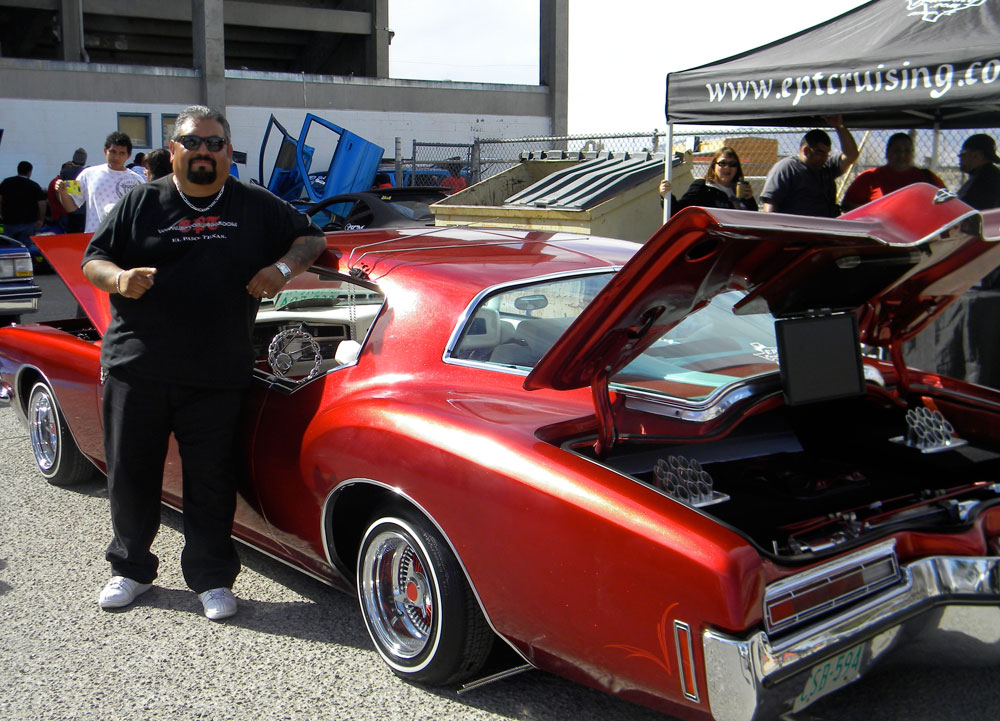 One thought on “Lowriders unite to honk for César Chávez”