AUSTIN  – More than 1,000 persons gathered Tuesday at the Texas Capitol in hopes that legislators would hear and consider their plea for respect and equality when passing immigration laws.

“Texas Can Do Better,” was chanted, overpowering the downtown streets of Austin from Waterloo Park to the Texas Capitol.

Texas legislators have proposed 60 anti-immigration bills at the federal and state level.  Some of this proposed legislation would allow law enforcement agents to deport immigrants without establishing a reasonable doubt of the legality of their immigration status. The new laws could take education away from immigrant children, depriving them from a shot at the American dream. “Not only am I here for my two children, but to push for our rights, a better quality of living in an honest way,” said Christy Villegas a participant in the protest.

Villegas is one of many mothers living in Texas with the fear that education will be taken away from their children. This proposal specifically states that every school official must report undocumented students. The possibility that such a proposal could become law affecting the future of a new generation, prompted students to overwhelm the streets chanting, “Up, up with education down, down with deportation.”

Laura Martinez a student at Boston Collegiate Charter School drove with her classmates to Austin with the confidence that together their voices could be heard.

“My motivation for coming is to let the legislators know I as well as my peers want education not deportation,” Martinez said. With the help of her colleagues they gathered four buses to transport community activists and student activists from the University of Texas at El Paso (UTEP) to Austin. As an organization BNHR has also been fighting for labor rights, education, permanent residency and health care for the El Paso community.

“This experience was vibrant never before had I felt so close to my people, to know we were all united for the same cause overwhelmed me,” said Guerrero Garcia a Multimedia student from UTEP who also accompanied BNHR to the rally.

Felipa Fernandez and her family drove from San Jose, Texas to take part in the demonstration. Fernandez’s husband was a migrant farm worker and an activist who had been fighting for equality since the early 1960’s alongside Cesar Chavez.

“Mi esposo falleció hace cinco años, por él es que estoy aquí, por él me creció una pasión por ayudar a mi gente”, stated Fernandez. “Por Cesar Chavez nos hicimos ciudadanos y vivo por el día que todos tengan la oportunidad que nosotros tuvimos”.  (My husband died five years ago, but I am here for him. He nurtured in me a passion to help my people. Because of Cesar Chavez we became citizens and I live for the day that all will have the same opportunity we had.”)

The march came to a pause when all arrived to the front steps of the capitol; the acoustic guitars and chants took over the rally electrifying the crowd. Demonstrators expressed their emotions, anger and devastation. Among those speakers were Texas Senator Jose Rodriguez from the 29th senatorial district in El Paso and Roberto R. Alonzo from district 104 in Dallas. Both senators emphasized their disappointment in the bills proposed and congratulated the people for taking a stand.

“People might think this doesn’t make a difference but it does,” said Senator Rodriguez, “I am especially proud of my UTEP students, what I’ve learned to know is that UTEP has always made their presence known, if it isn’t on the basketball court it’s here fighting for social justice.” The protesters separated into teams and made their way into the capitol. Each team scattered throughout sections of the capitol to meet with senators and representatives. One by one they defended immigration reform in Texas.

These Texans have raised awareness nationwide that Texas is not Arizona. They say they are blazing their own path and re-writing a history where Mexican-Americans have a voice. They say a new generation has taken over unfinished business creating a brighter journey and a better way of living.

“I went to the principal’s office and apologized for not being able to attend school, I told him I had to come here to support my brothers and sisters and to stop this law from passing,” said David Martinez a nine-year-old student who marched with his father, he said, with pride and hope. 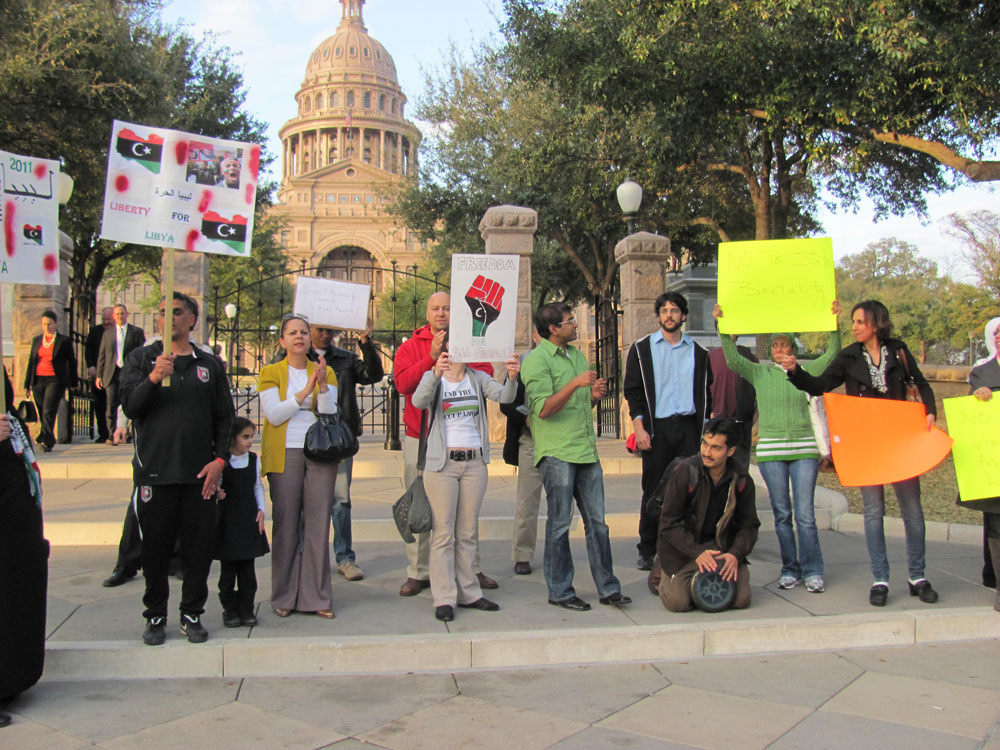 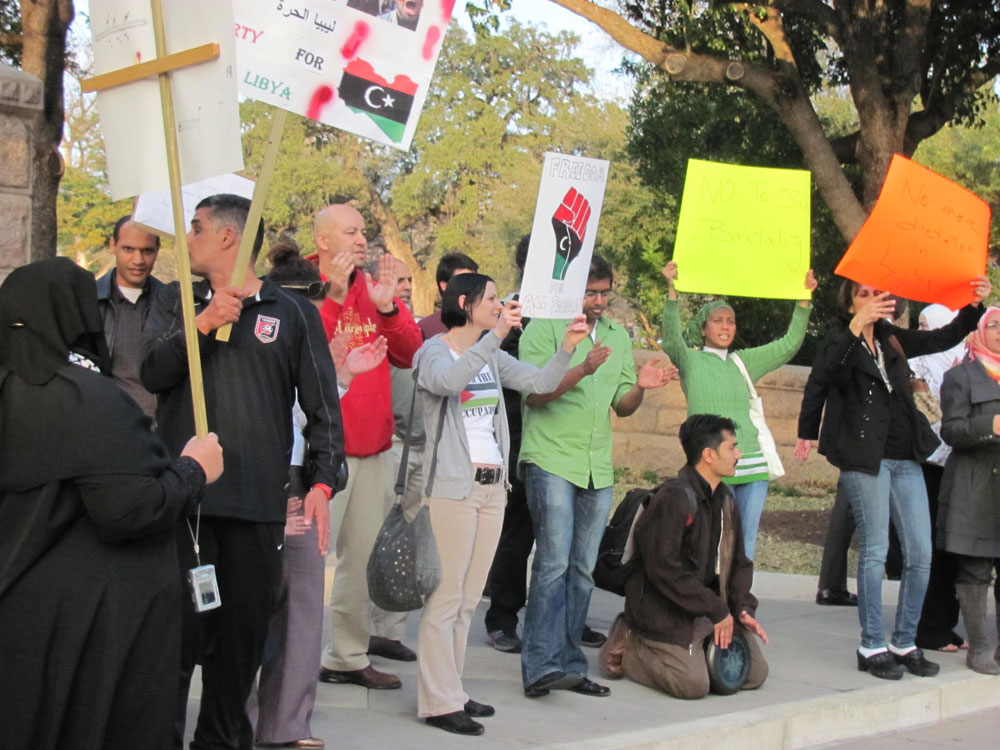 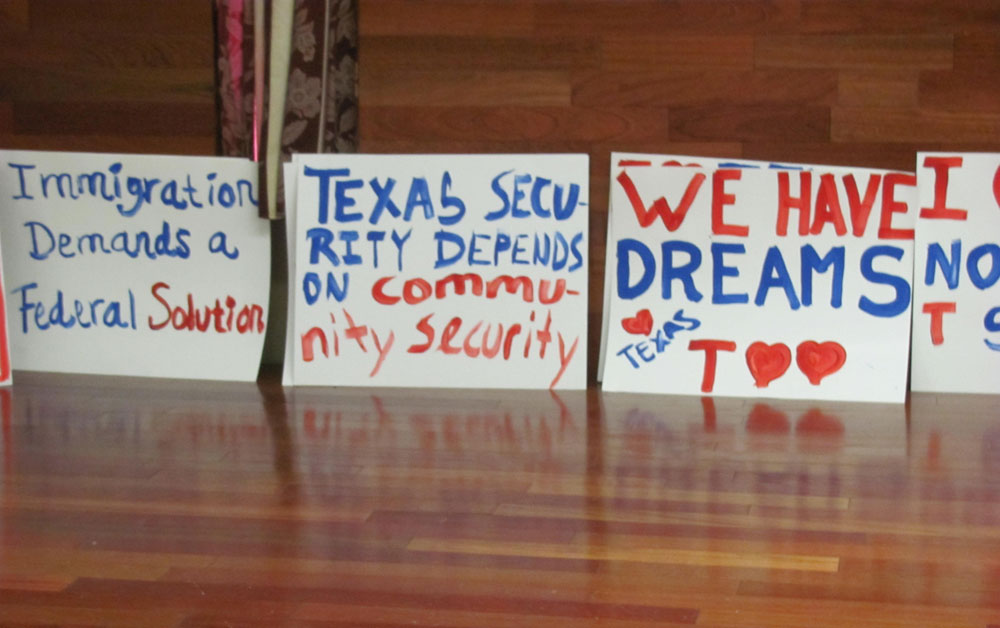 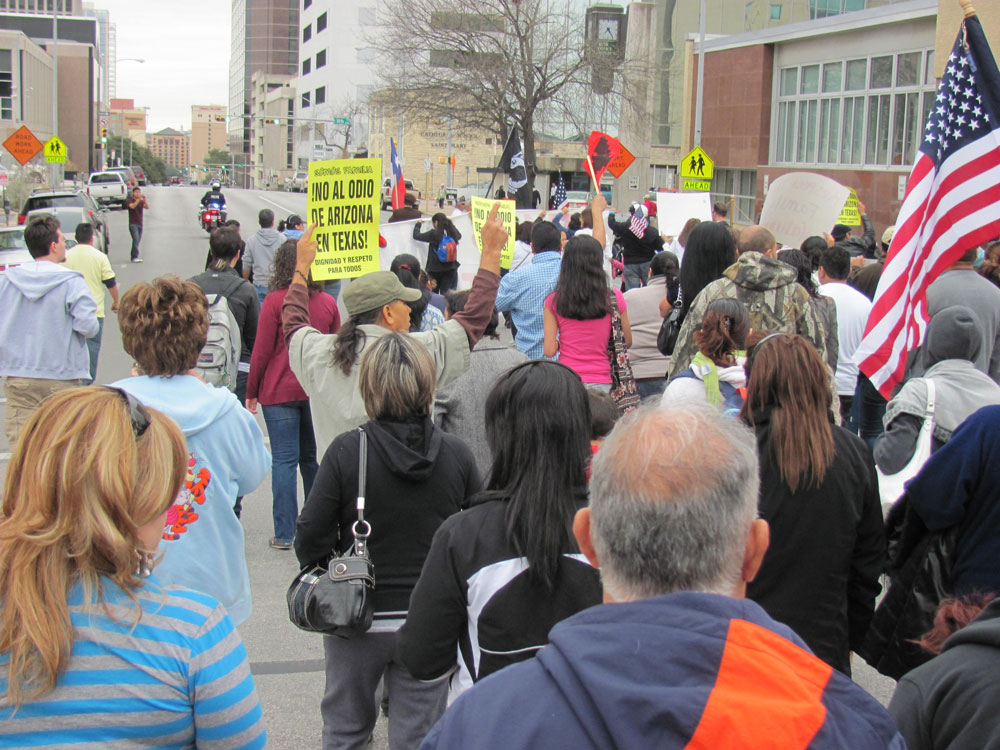 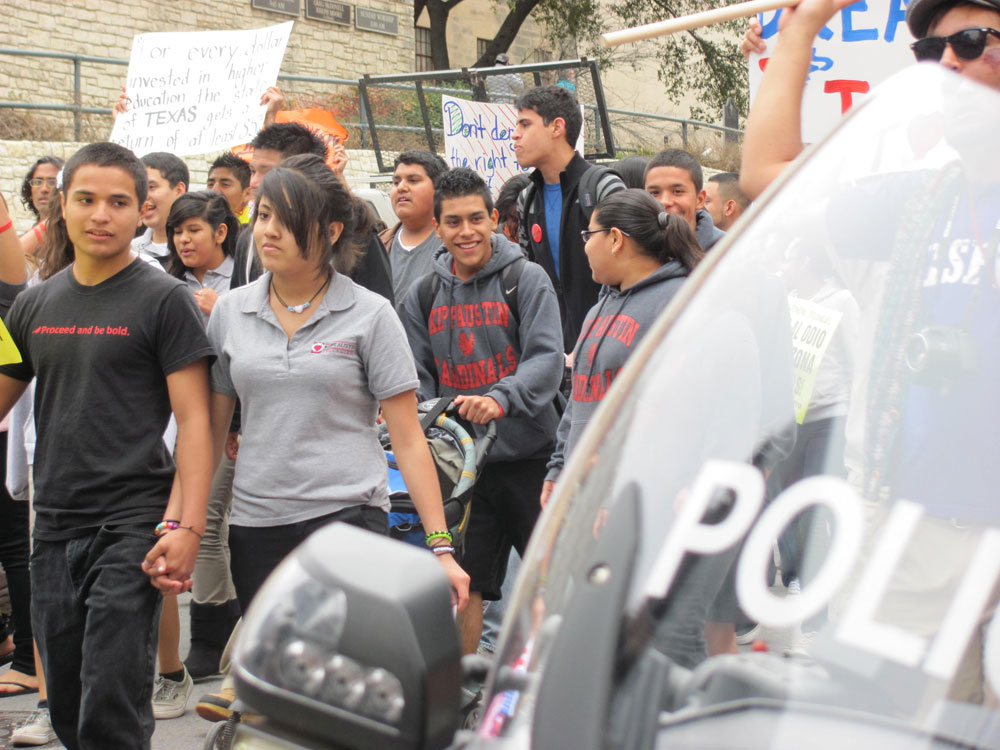 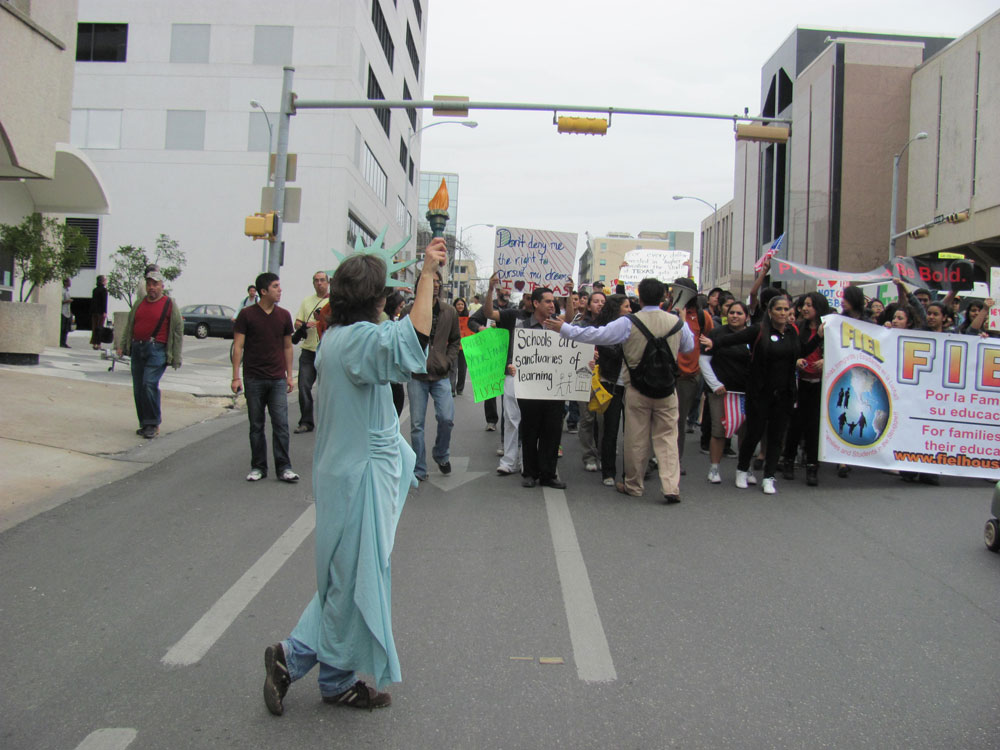 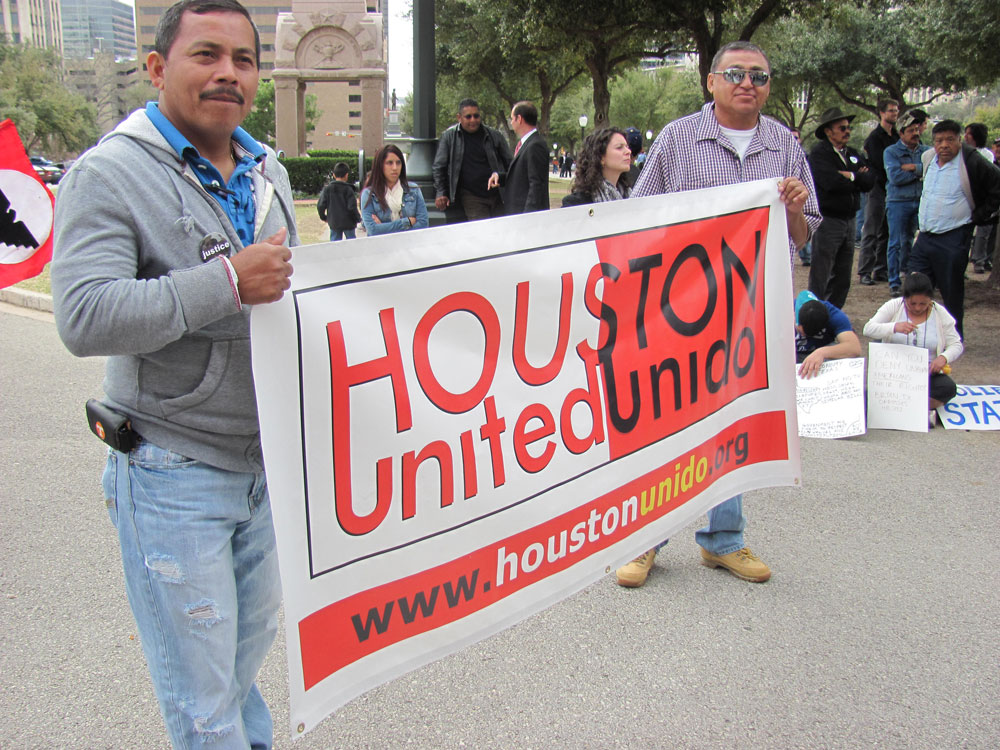 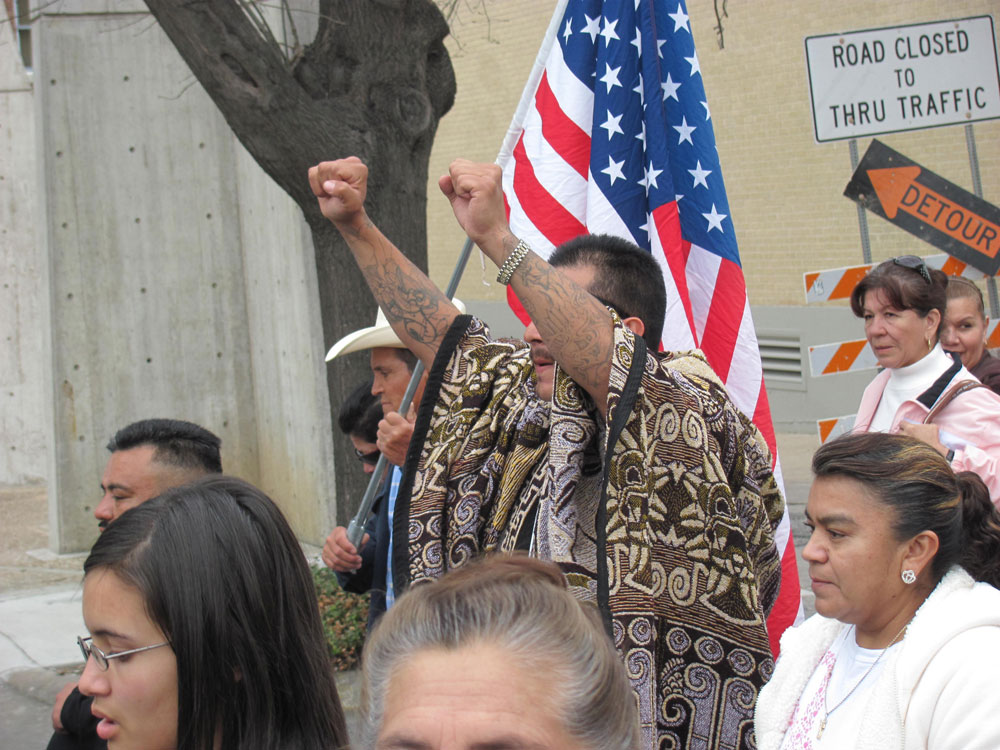 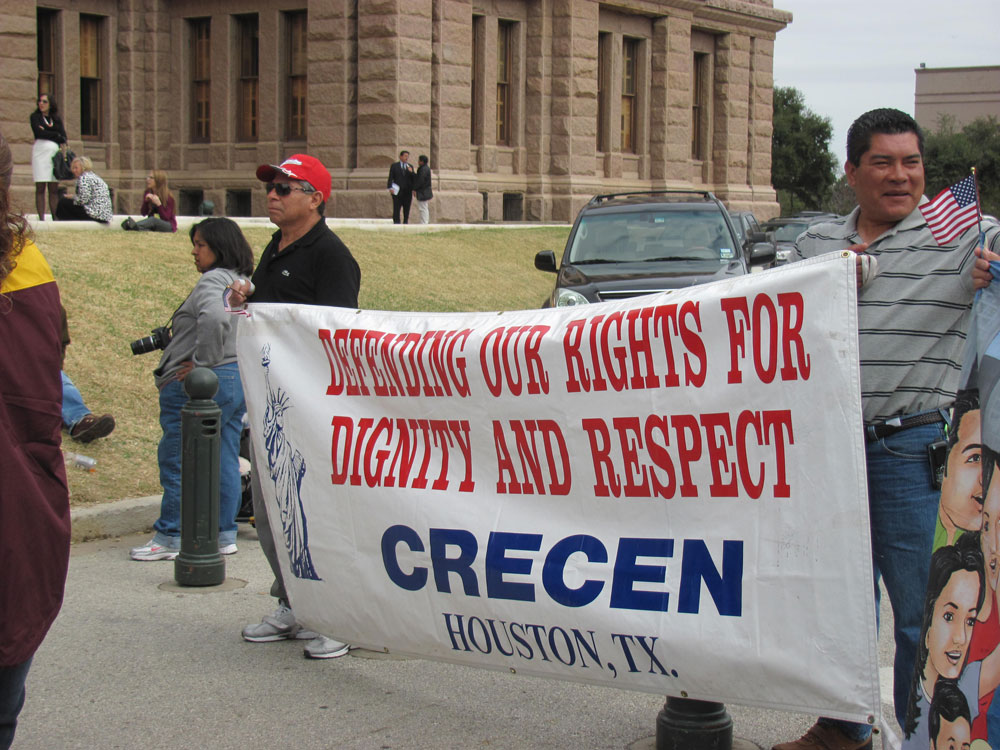 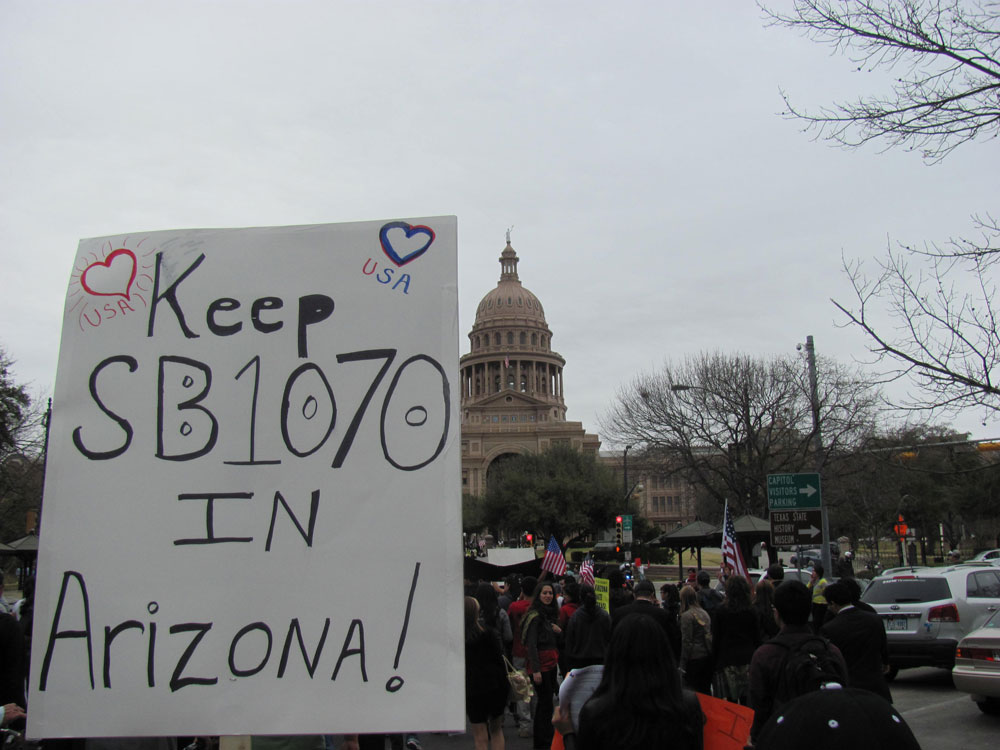 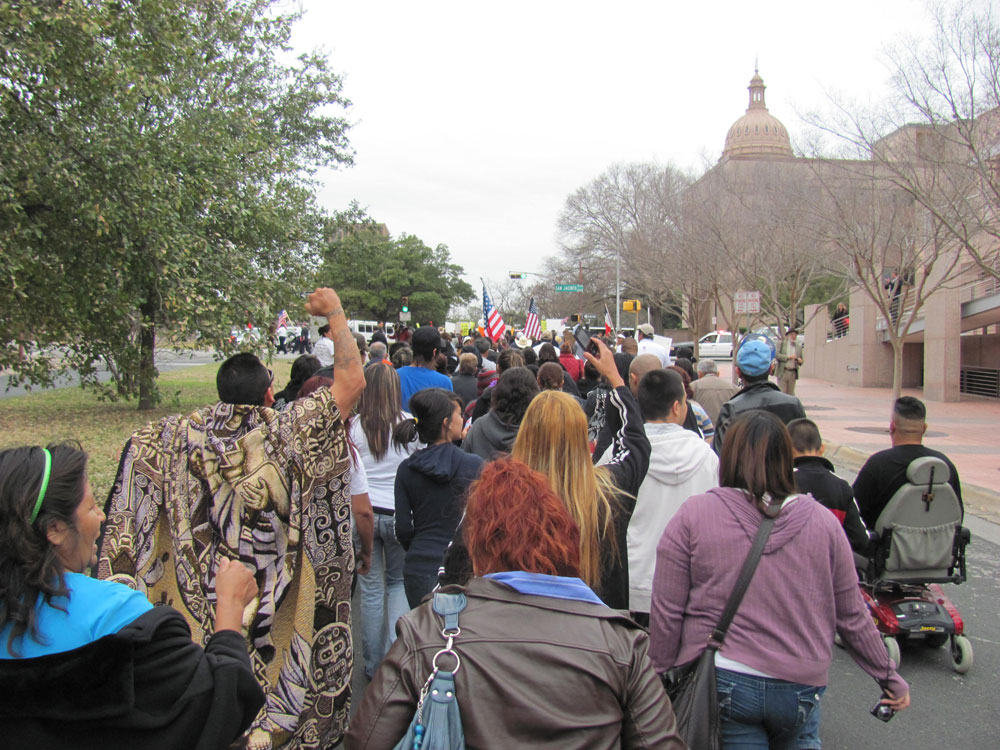