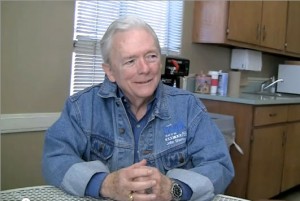 EL PASO – America’s first billionaire Howard Hughes was a very reclusive man whose life was brought into the spotlight by great wealth and controversy. John Harris Sheridan, an El Pasoan who works for Chanel 9 news as a producer, brings Hughes’ secrets to light in his book Howard Hughes. The Las Vegas Years: The Women, The Mormons, The Mafia. Sheridan, who worked for Hughes in 1968 as a film editor, writes about the experiences he had with Hughes and his encounters with other characters in the hotels Hughes owned in Las Vegas. Sheridan picks up where the movie Aviator left off going deeply into the life of the man who “decided to keep himself hidden from the news and most people”.

Few UTEP athletes come from El Paso, but not for lack of recruiting effort

EL PASO – Less than 10 per cent of the athletes at the University of Texas at El Paso – a division one university that offers most of the collegiate sports – are from El Paso, yet the coaching staff recruits here first. There are 32 high schools in El Paso with plenty of good athletes graduating every year, yet only 10 of UTEP’s football team of 110 players are from El Paso. “We usually take the kids from El Paso and give them a chance to sign with us,” said Coach Robert Rodriguez, the UTEP football recruiting coach for El Paso. That means El Paso players of division one caliber are the first to get an opportunity to sign with the Miners. When looking at some of the players that UTEP has tried to get in the past, it appears that “UTEP loses players to bigger BCS [Bowl Championship Series] schools,” said UTEP football coach Jeff Banks.