The barrier that divides: One city, dos lenguas

EL PASO – Blue-eyed, brunette, and light-complexioned Michael Alden has called El Paso his home for nearly all his life. Alden, 24, was born and raised in El Paso, graduated from Franklin High in 2007 and attended UTEP before leaving to live in California. Although El Paso is recognized as a bilingual and bicultural community, Alden does not speak fluent Spanish, the language that many of us hear on a daily basis. While he is not Hispanic, he has on more than one occasion been in a situation where Spanish speakers assumed he spoke Spanish. “It is difficult sometimes,” Alden said. 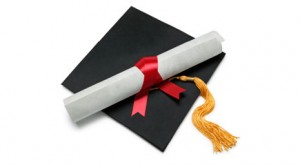 EL PASO – When Toni Johnson graduated from high school in Coronado, California, in 2008 she was optimistic that finishing college was going to take four years and she prepared herself for a 2012 graduation. However, like many other students who are juggling jobs, families or unexpected circumstances, she found out that it often takes much longer than four years to get that college diploma. Although she enrolled at San Diego City College, a community college near her home, immediately after completing high school, she struggled academically and had to drop out for one semester before resuming her studies. “Every situation is different and I feel like the era of the four year degree is done,” said Johnson, 22, who is now at San Diego Mesa College studying Animal Health Technology. “I never had a solid idea of what I wanted to do; it took me a while to find my niche.”

Johnson recalls the uneasiness she felt at times about having to delay graduation.