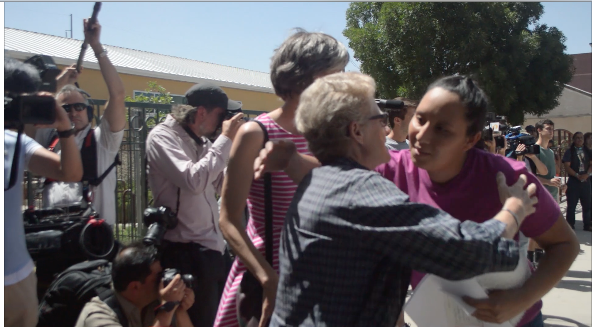 Volunteers at Casa Vides, a shelter for migrants in El Paso, explain how the non-profit provides comfort for people trying to navigate the U.S. immigration system. Casa Vides is one shelter in a sanctuary network for refugees and homeless poor managed by the faith-based Annunciation House. This video story was produced as part of a collaborative reporting project with Borderzine staff and Youth Radio. http://borderzine.com/2018/06/summer-job-at-el-paso-migrant-shelter-proves-vastly-different-experience-for-notre-dame-students/ 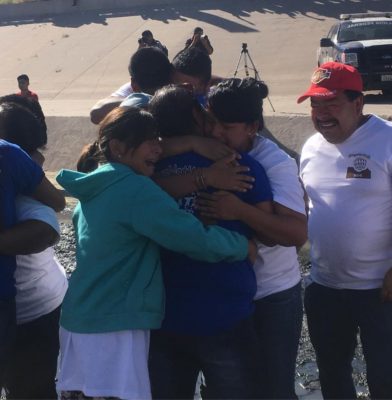 Maria De Jesus leans against the metal fence that blocks the Rio Grande, a river that for centuries has marked the division between El Paso, Texas and Ciudad Juarez, Mexico. A native of Durango, Mexico, Maria, 82, has traveled more than 600 miles by bus for the chance to see her only son and 15-year-old granddaughter. She saw them last 12 years ago when they emigrated from Durango to El Paso. “I didn’t know my granddaughter; I hadn’t seen her since she was 3 years old, and it’s not the same watching them grow in pictures,” De Jesus said in Spanish. On a recent sunny October day, De Jesus was among the 300 families, or more than 1000 people, waiting in line on the Juarez side of the river for a chance to spend three minutes with their loved ones on the U.S. side. 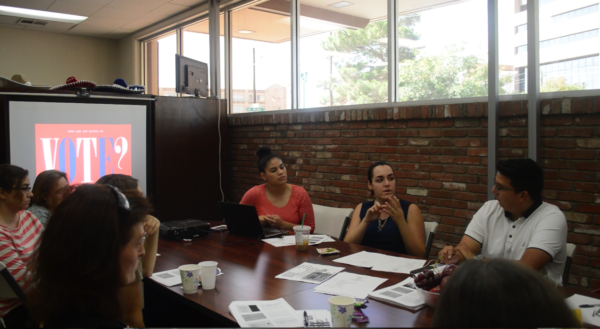 EL PASO – Like millennials elsewhere, young El Pasoans are distinguished by their historic low levels of civic and electoral participation. But a group of local political leaders and others have spent the last year in an aggressive campaign inside high school classrooms and auditoriums to help sign up 18-year-olds and get them to cast a ballot November 8. Spearheaded by the office of State Sen. José Rodriguez, the Student Voter Initiative deployed volunteers to 26 high schools in nine school districts over the last 11 months to talk to about 7,000 teenagers about the political process, civic engagement and the importance of voting. As a result of the high school campaign, 650 El Paso area students age 18 years and older are now registered to vote, according to Samantha Romero, office coordinator for Sen. Rodriguez

Claudia Yoli, Director of Community Affairs for Sen. Rodriguez, said of the initiative: “We wanted to let students know that Texas overall has a very low voter participation rate and,in our community, it can go as low as 10 percent during non presidential elections, so we want students to know that and change it.”

According to VoteTexas.gov, during the 2012 presidential election, there were 383, 737 registered voters In El Paso, County, and out of those only 171,070, or 44.58 percent actually voted. At the national level, Pew Research Center data shows that as April 2016 an estimated 69.2 million millennials (people between the ages of 18 – 35) were voting age U.S. citizens.