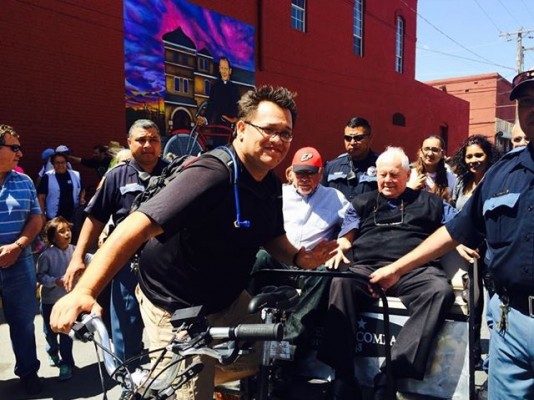 Pedicab owner Cesar Martinez’ favorite fare was not a movie star nor a local politician. It was revered Father Harold Rahm, who had recently returned to his former parish in Segundo Barrio as person of the year at a cycling parade. “When I was there the public who were seeing Father Rahm again or meeting him for the first time were very respectful of him riding through the neighborhood again. He used to ride his bike though Segundo Barrio to do mission work,” said Martinez, who owns Mesilla Pedicab Company. Martinez, 42, gives rides to local school children, the elderly and visiting tourists for $1 per person, per city block.