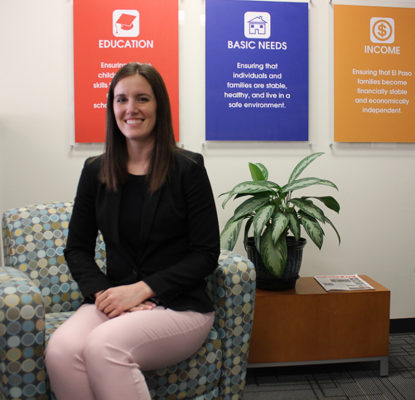 United Way helps millennials give back to the Borderland through RISE

When Hollie Jacobson accepted the job of marketing and communications manager for United Way’s Rise program six months ago, she was so excited about the program’s mission of engaging millennials in community volunteer activities that she recruited her boyfriend, Saul Williams.

The 25-year-old intern for the CEO of the El Paso Children’s Hospital says he didn’t think twice.

“I was raised in El Paso and really care about the city so being able to give back to the community that helped mold me into the young man I am today is a great opportunity,” said Williams, who joined four months ago. “The volunteer projects and speaker series are a great way to get involved as well as stay updated with the growth of El Paso,” he added. The United Way’s extension program called RISE is a unique way for millennials to connect with the El Paso community through hands-on volunteer projects such as RISE for Hunger and informal hangouts. The program took off September 2017 when Stephanie Gorman was hired to run RISE. 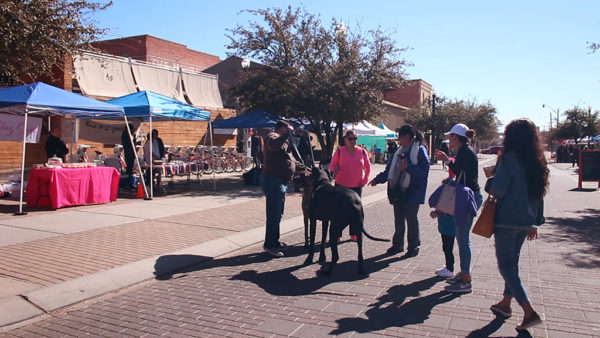 Farmer’s market vendors said they set up booths in El Paso in response to efforts trying to stem preventable diseases, such as diabetes and heart disease – the leading causes of death in the county. “We cater to a lot of people that have diabetes, cancer, and high blood pressure,” said Ulises Cordova, owner of The Green Ingredient, a business that sells health food at a local gym. “We teach them how to eat right and give them different alternatives.”

Heart disease and cancer are the leading causes of death in El Paso County, according to the 2013 El Paso Community Health Assessment. Cordova and his wife started The Green Ingredient after several family members contracted cancer. They have been vendors at the Saturday El Paso Downtown Art and Farmers Market for the past 5 years.