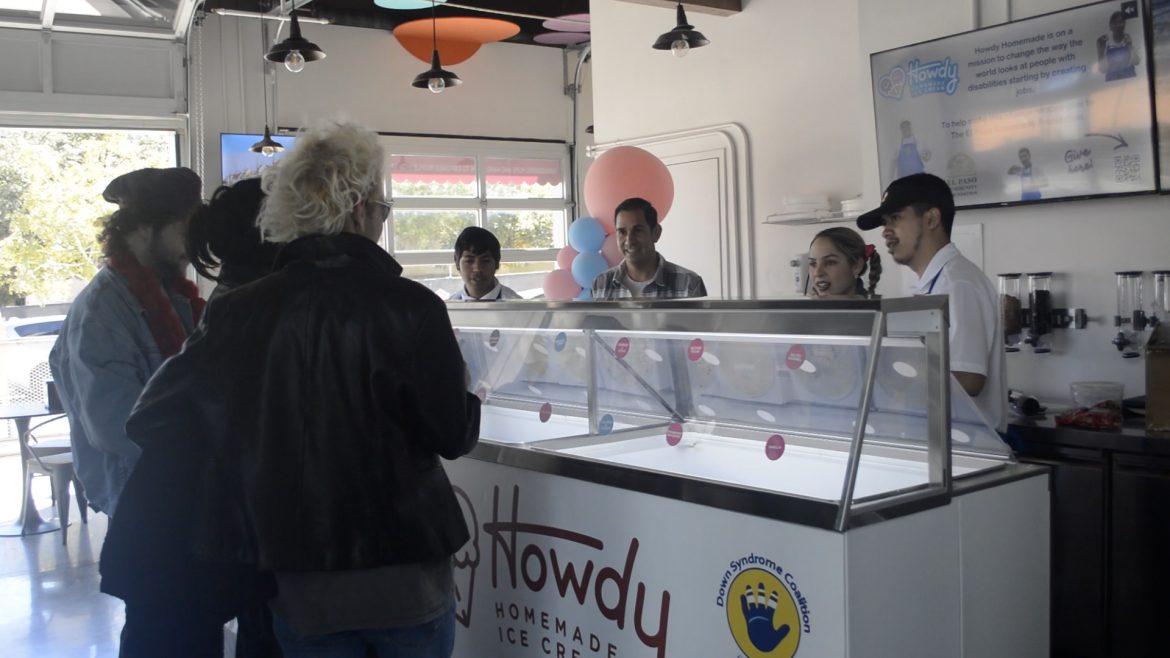 A new Downtown ice cream shop is serving up unique flavors along with work opportunities for El Pasoans with special needs.

Howdy Homemade ice cream opened this November on the first floor of the Roderick Artspace at the intersection of Missouri and Oregon. The Dallas-based franchise is staffed primarily by teens and adults with intellectual and developmental disabilities (IDD).

According to the Bureau of Labor Statistics, only 23% of people with disabilities in the U.S. are employed, compared to 68% of people without disabilities. After almost seven years since its opening, Howdy Homemade now has 10 franchisees across the country, four of which are in Texas. 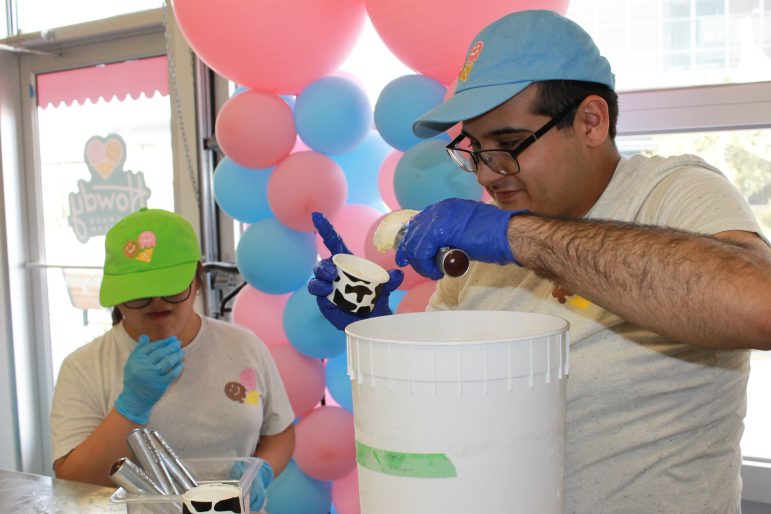 The employees with IDDs, or heroes, as Howdy Homemade calls them, are the pillars of the ice cream shop. At the El Paso location, they make up 80% of the staff or 17 out of the 21 employees, Tirres said. The remaining four employees are non-disabled staff that faciliate all activities.

The heroes are involved in making the ice cream from scratch, serving it at the scoop shop, cleaning the dining and seating area at the shop and creating new local flavors, like prickly pear jalapeno and tamarindo lime sorbet, Tirres said.

“The business wouldn’t be run without them,” Adam Tirres said. “They break barriers, and they sort of shatter expectations that people for so long have sort of kept.”

Tom Laing, president of the Arc of El Paso, the local chapter of a national organization that helps people with IDDs participate in all aspects of society, said the stereotype that people with disabilities are incapable of doing a job is incorrect and limits the employment options they have.

These obstacles have made this job the first for many of the heroes here in El Paso, Tirres said.

That is the case for Harley Leach.

“I was pretty lost at first,” Leach said, “No jobs out there would hire me or accept me.”

Now, she said she looks forward to getting out of her house and interacting with other workers and customers.

Another employee, Marcie Tirres, who is Adam Tirres’s sister, is also eager to interact with the community.

“I’ll do my best to make them laugh,” she said. 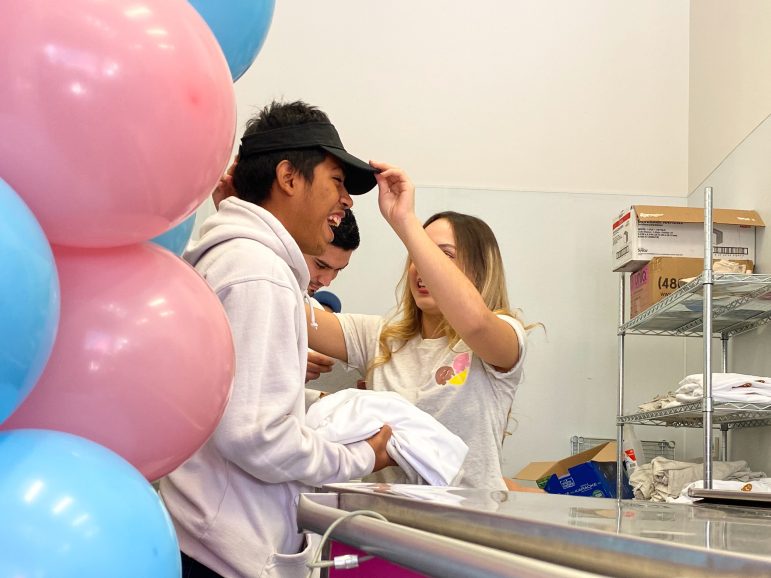 It’s not uncommon for people with disabilities to stay home isolated once they exit high school at the age of 21 or 22, Laign said.

He explained that once school graduation comes, they no longer receive special education services and stop having activities to attend. He said this isolation can lead to mental illness issues for some people.

According to the Hogg Foundation for Mental Health, research indicates that people with IDDs are two-to-three times more likely to develop a mental health condition than the general population.

Although Howdy Homemade gives its employees the opportunity to thrive at work, the ice cream shop is only employing a small portion of the IDD population in El Paso.

This is why the El Paso Community Foundation hopes to open more locations throughout the city in the future, Adam Tirres said.

This would allow younger people with special needs to see themselves represented in the workforce and have something to look forwards to in the future, Laign said. 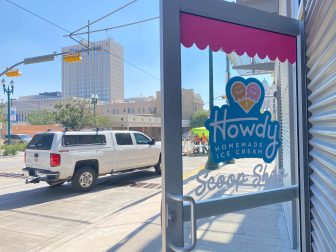 In the meantime, though, he said they want to set an example for other businesses to start employing people with disabilities. If businesses are interested, he said they are happy to share what they have learned along the journey.

“It’s not just about Howdy Homemade,” Adam Tirres said. “We want to create that change throughout the community.”

Howdy Homemade is open Monday through Thursday from noon to 8 p.m. and Friday and Saturday from noon to 9 p.m. Read more about the program at https://www.howdyhomemade.com/ElPaso/.

Elizabeth Cervantes studied multimedia journalism at UT El Paso. She served on the Borderzine staff in the fall of 2022.