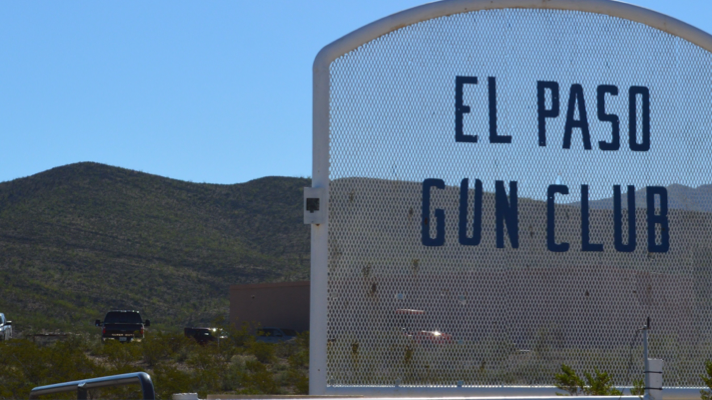 A remnant of the original El Paso Gun Club greets visitors to the El Paso Gun and Marksmanship outdoor range in the desert foothills of the Franklin Mountains in Anthony, Texas. Photo credit: Isabela Martinez

A rustic gun range on the western edge of El Paso County may evoke romantic ideas of the Old West, but modern problems of rising expenses called for new approaches to make sure it has a future.

“You look at it now and you see we’ve done a lot of improvements and that’s what we’re proud of,” said Mike Haslacker, 65, president of El Paso Gun & Marksmanship.

The range has been operating since 1974, but after Haslacker became president in 2018 he led the organization through some key changes for sustainability and growth opportunities. The organization (formerly known as El Paso Gun Club) switched from a for-profit club to a nonprofit association and expanded marketing and digital outreach efforts.

Since 2018, as El Paso Gun & Marksmanship, membership increased from 300 members to its current roster of 561. 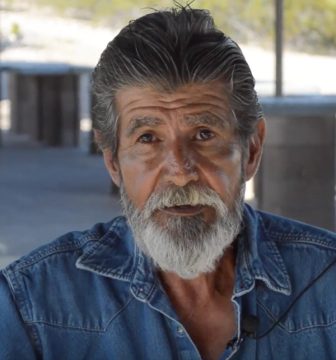 “We’re not painted camo, we’re not wearing camo, I’m not wearing camo, that’s not what we’re about. We’re a marksmanship association, “ said Haslacker, a Vietnam veteran who has worked as a police officer and an engineer for NASA.

The gun range is located in the desert near the foothills of the Franklin Mountains in Anthony, Texas. Steel targets shaped like pigs and chickens are laid out on the rage as close as 100 yards and as far as a 1,000 yards.

Members use the Centerfire Range for target practice to either shoot at a cardboard box with a yellow bullseye at close proximity, or to go as far as to shoot a steel goat sitting atop of a hill.

Other bays include Rimfire Range for rifle and pistol that’s one step lower than the Centerfire, and the lower Pistol Bay for closer proximity shooting.

The range itself was hard to maintain at $3,000 a month to cover expenses including rent, insurance, taxes and range supplies. Expenses for targets and signs soared when the pandemic hit.

“Ever since COVID, material has just been atrocious. Steel went up almost fifty percent,” Haslacker said. 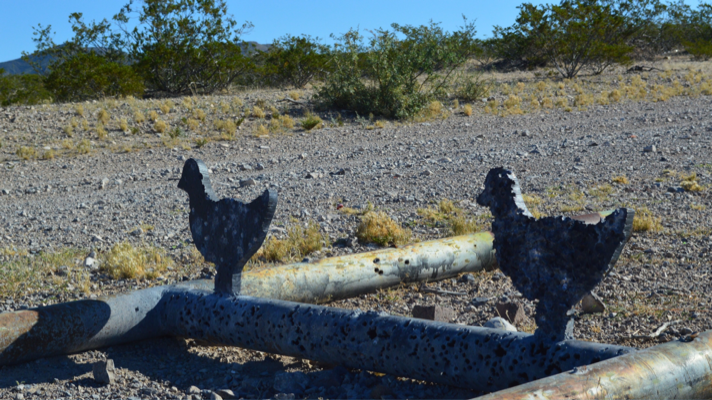 Despite these setbacks, Haslacker persevered to sustain the range he has been a member of for 14 years. His experience as an engineer and growing up on a cattle ranch in Chaparral, gave him the welding and mechanic skills for maintaining the range. After a brief shutdown during the height of the COVID-19 pandemic, Haslacker and volunteers worked on virus safety protocols.

Because it was outdoors recreation where people could socially distance from each other, the range was deemed essential to remain open during the pandemic.

Haslacker said range members have a variety of backgrounds. Many are soldiers from Fort Bliss looking for a place to practice. Others are law enforcement groups and hobbyists.

“I have three heart surgeons that are at Providence, here on Transmountain, and they come down at lunch time, and they’ll put off 20-30 rounds of pistol, and then they leave,” Haslacker said.

Haslacker took the opportunity of re-opening and welcoming newcomers to implement new policies, starting with membership.

Applicants must be at least 21 and undergo a one-on-one interview with Haslacker, as well as go through a background check by the range’s legal team. If there is any indication of legal trouble an applicant is denied membership.

If approved, members pay an annual $100 fee. Members age 23 and over are able to attend the range by themselves. Members between the ages of 21-22 are required to have sponsor, such as a parent or guardian, with them at the range for safety purposes.

Membership also includes unlimited access to License to Train courses taught by Haslacker and other range instructors. A guest visiting the range can also attend one of these classes as a trial run and still decide whether they would want to apply for a membership or not.

Once approved, a member is assigned an ID badge that must be worn at all times. The organization monitors who comes in and out of the range for security purposes.

All are expected to follow the rules and guidelines of the range—including no alcohol, drugs, or glass targets or anything else that can fragment. Membership will be immediately revoked for violations of policy. 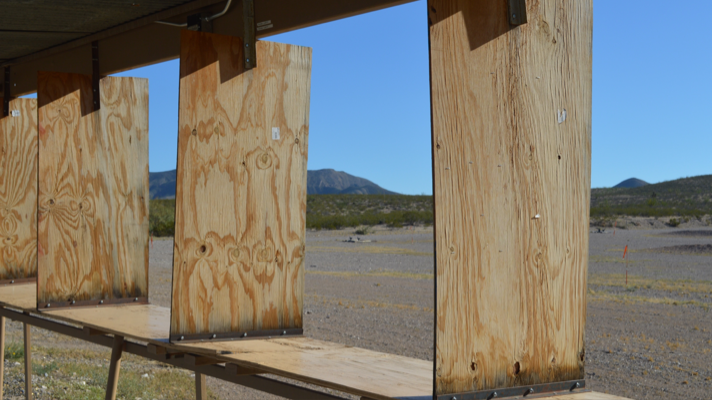 While safety is a priority at the range, everyone still needs to watch out for snakes, Haslaker said.

“I removed about 12 snakes from that big building in the last two weeks,” he said, referring to his office sitting on top of a hill.

In addition to members, the range is also used by law enforcement groups for training. Haslaker said high school clubs and the El Paso Sheriff’s Office S.W.A.T Team are planning to train there as well.

The organization hosts a number of charity shootouts at the range where participants pay an entry fee. Donations have been made to groups including Toys for Tots, Operation Santa, Rescue Mission of El Paso and the U.S. Marine Corps.

“It’s relaxed, the best part is the friendship, the camaraderie you get with people here. There’s a lot of respect, believe it or not, between the members,” said member Jose Sanchez, 59.

Haslacker was recently re-elected and starts serving his next term in December. He’s already working on more improvements.

“This’ll be my fifth year as president and I’m anxious to see how this year’s gonna take off. I got lots of plans for that place, lots of plans,” he said.