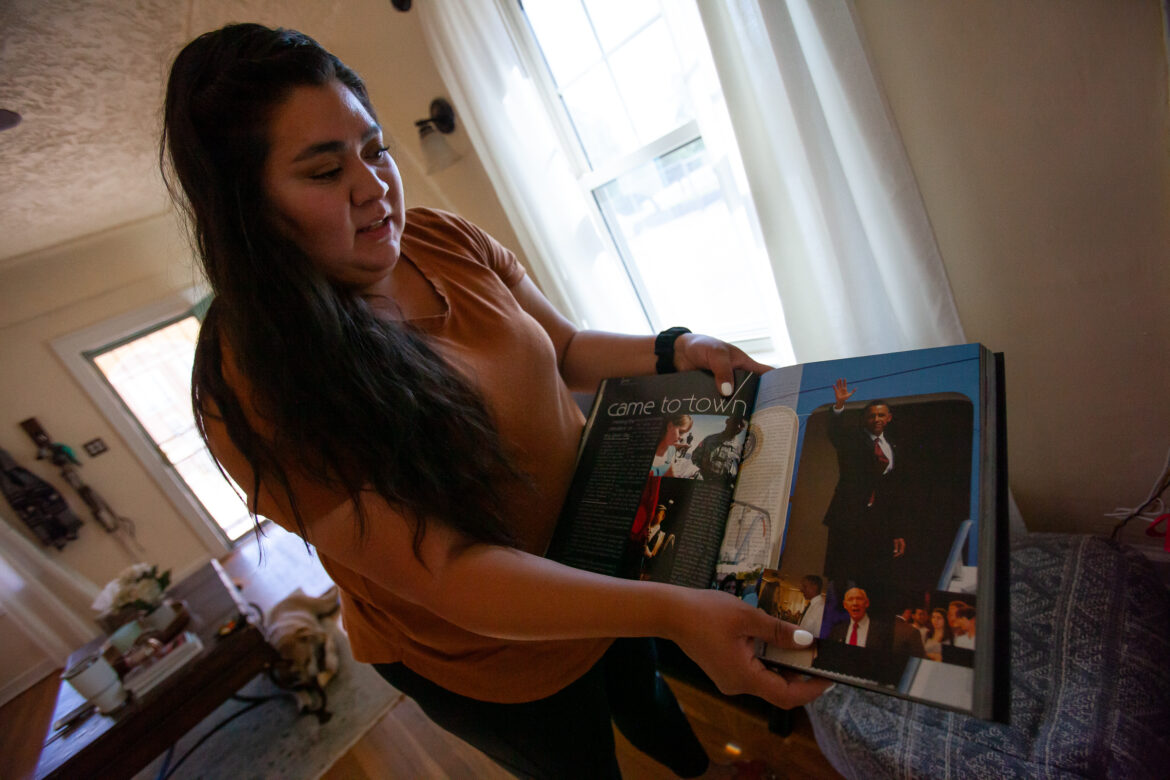 Briana Sanchez frowns at the images on her computer screen.

“I need to add some happier photos in here,” she says.

Sanchez, lead photojournalist at the El Paso Times, knows better than anyone the difficult times that the border has been through in the last two years. After spending eight years away, first in college in Georgia and Arizona and then working at newspapers in the Midwest, Sanchez returned home to El Paso in the spring of 2019.

Not all of the challenges Sanchez faces in El Paso come from the events she covers. As a child of Mexican immigrants who themselves came to the United States at a young age, Sanchez never learned to speak Spanish even though she closely identifies with her Mexican heritage.

“When I took the job in El Paso, some people were like, ‘Oh, I just assumed you spoke Spanish,’ Sanchez says. “It’s literally the underlining theme of my entire life. I do think it is an identity that I put on myself. I truly want to be able to communicate with people who have a similar background to me. But at the same time, it’s just been kind of rooted in my siblings and I (that) we’re American.”

Sitting in front of her digital gallery of images, Sanchez finally stops scrolling and points at a little girl on the screen. The picture is from February of 2020.

“She was just dancing her heart out. It was so cool. Just the smoke and the colors and everything,” she smiles. “That was fun.”

Corrie Boudreaux is a lecturer in the Department of Communication at The University of Texas at El Paso and a photojournalist in the El Paso-Ciudad Juárez border region. She holds a Ph.D. in Latin American Studies from Tulane University. Corrie is originally from Louisiana but has loved learning about Latin America and the Spanish language since her high school days. She has published academic and journalistic writing (in English and Spanish) and photos, mainly focused on violence, public space, memorialization, and immigration in the border region. She is currently a regular freelancer for the non-profit investigative outlet El Paso Matters. For Corrie, making an emotional connection with her audience is one of the most important factors in telling stories for impact, a skill that she strives to pass on to her students at UTEP.