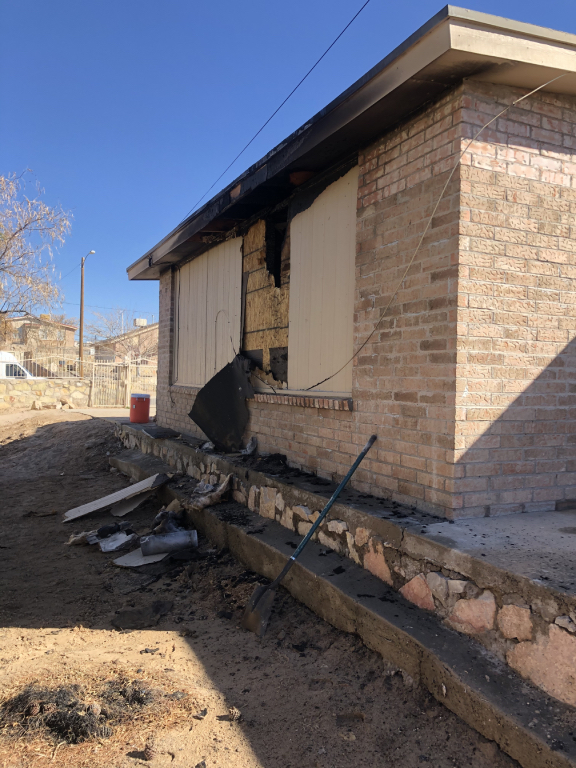 The COVID-19 pandemic, quarantine, online classes, isolation. UTEP students had a rough year and are looking forward to a fresh start.

Previously anxious times have calmed down a bit and students have a handle on just how online classes work. They may be hoping for a smoother upcoming academic year. We know life can change on a dime and stress levels can rise once more, but for the most part it’s not a big deal anymore.

I wish I could say the same.

Like other students I felt the same pain of a rough year since the pandemic struck. I also wanted a fresh start and better days. It’s been an especially tough year.

On Feb. 21, I was up late as usual finishing schoolwork and just relaxing. I went to bed and began to fall asleep. About 1 a.m., while I was in a light sleep, I was awakened by a loud noise, like things falling on the floor.

I didn’t think much of it and I heard my mom ask if it I was making the noise. I replied it was not.

She then assumed it was my brother, so she went to go ask him if he dropped something. He was unaware of the loud noise. She went in the living room, and I heard her yell my name. I thought she had fallen, so I quickly jumped out of bed.

As I’m walked through the hallway, I see the house looked foggy, but I still didn’t make much of it. When I arrived at the living room, my mom told me that the clock that was on top of the fireplace had fallen and that there was smoke coming out of the power outlets.

I’m confused at this point to which my mom said she thought something might be burning outside.

She asked me to call my brother to check to see if the neighbors were burning something. For a moment. I thought it could be any of my neighbors burning trash and that’s why there was so much smoke filling the house.

My brother checked outside and told my mom that a wall of our home was on fire. We briefly panicked, but my mom told us to call 9-1-1. I ran to my room to get my phone and grab my dogs to call the fire department.

My mom and my brother quickly moved the cars out of the driveway while I was on the phone with the operator who told us to wait outside.

Fire Department personnel arrived about eight minutes later, but it seemed like an eternity. 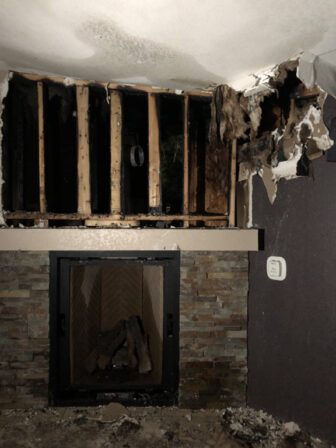 We waited outside and watched as our house filled with smoke and flames grew larger. Soon, there were fire trucks and police cars all around the block and they quickly began to fight the flames.

I thought about all our personal belongings and memories inside our home. You know how sometimes you think what is the first thing you would grab if you ever found yourself in a fire and you come up with your answers. Well, you never think it can happen to you but when it does you don’t even have time to think about that.

We’re waiting outside, leaning against my brother’s car in the freezing cold. I looked into the house, and I saw the massive stream of water cross all the way to the other side of the house.

I was in shock. My mom was in shock and in that moment, we just knew the house was going to be flooded. As I saw the stream of water, which could easily be a waterfall with the amount of water being splashed in there, the first thing that came to mind was the photographs we left in a table next to the entrance.

These were photographs that were given to my mom a few days prior when we went to California for my grandpa’s funeral. Those were single copies of photos of my grandpa with my mom when she was young as well as one that I sent to him that we took together on my quinceanera. I was more concerned about losing those photographs. Those memories can’t be replaced.

it took firefighters hours to extinguish the flames. The fire was out, but firefighters stayed behind to extinguish any hot spots. Police and fire investigators, in addition to electric and gas company officials, asked questions.

We are anxious and nervous at this point. About 4 a.m., officials let us inside the house to grab some clothes and a few other essential items. The house is flooded and we are in shock. The fireplace was burned and the ceiling was falling apart.

The fire didn’t spread to other rooms. We were sad, depressed and stressed to see our home.

We grabbed a change of clothes and important documents, and off we went to rest for a bit so we could start taking care of everything in the morning.

A few months after the fire I was still living in a hotel with my family and my dogs. It has been a stressful time for all of us, but we try to make the best of it. I remember I told my mom that night that if I graduated this semester, it would be a miracle. I felt very depressed and stressed with my grandpa’s passing and then having a house fire within days of coming back from the funeral.

I was stressed and lost my motivation to continue my studies. I struggled to get through the last weeks of school.

I’ve dealt with unexpected situations before. But nothing like this.

My mom and I have have moved from the house to the hotel, then from that hotel into another hotel. I lost a lot of my equipment I needed for school, the hotel wi-fi sometimes doesn’t work or was too slow. It’s been a challenge.

The fire and our loss has taken a toll on me mentally, emotionally, and academically as I am still trying to push through these last weeks and I just hope to be able to say I did it despite the circumstances.

Karen Carrasco is a graduate of the UTEP multimedia journalism program. She served on the Spring 2021 staff of Borderzine.