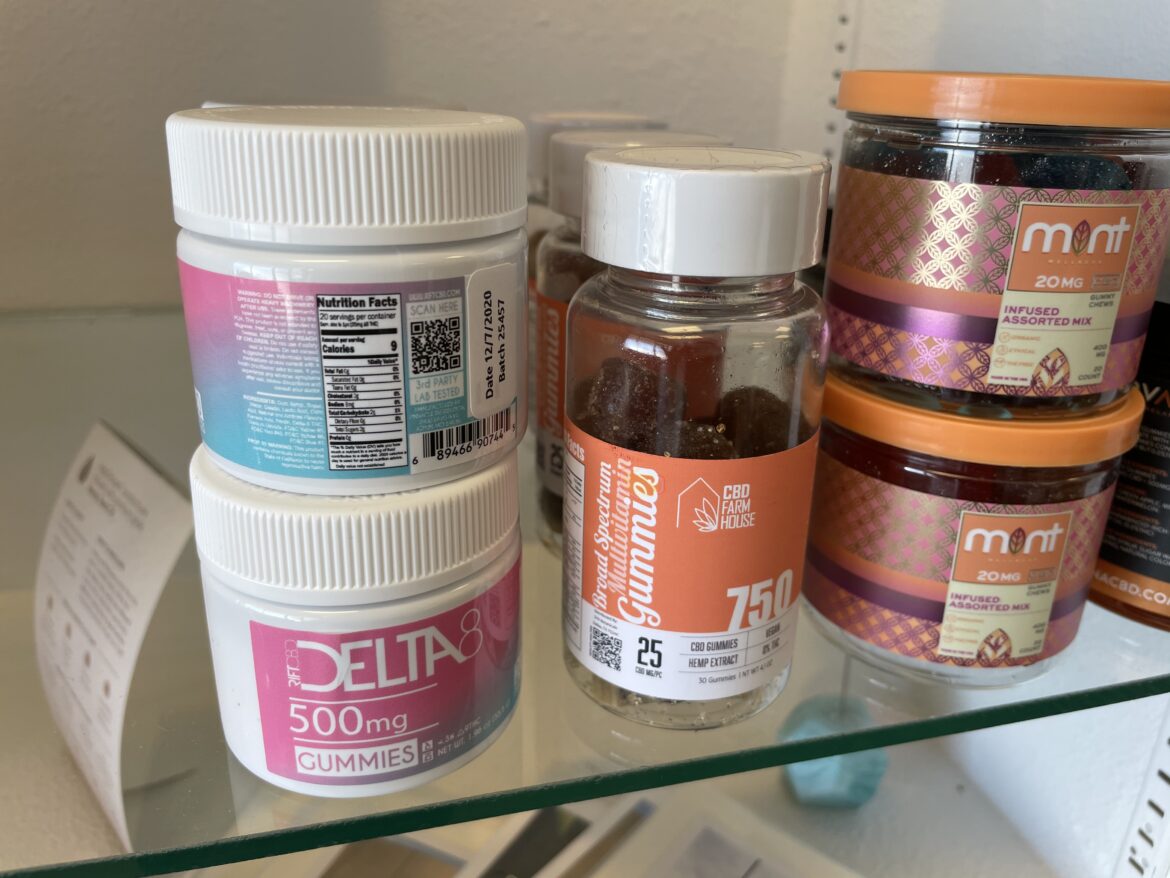 Delta 8 is available in all shapes and forms

Delta-8 – a legal compound similar to THC from cannabis – has arrived in the Borderland and one CBD shop owner says its popularity is sure to rise among El Paso-area residents seeking to explore its medicinal qualities.

May Leach, owner of Whole Health CBD, says the compound is thought to relieve pain, emotional unrest and produce a slight sense of euphoria. It is marketed in different form such as oils, lotions and even edibles.

And unlike marijuana, it is legal in Texas, Leach said.

Like CBD, short for cannabidoil, Delta-8 comes from the hemp plant and is legal in the Lone Star state after Texas Bill 1325 legalized hemp products in 2019.

Nayeli Granados, 28, an El Pasoan who regularly consumes Delta-8, said she found it gave her more energy. “I was ready to do my work very focused and relaxed. Without any stress.”

CBD is widely available, and its products are made from the hemp plant, which makes it legal to consume and sell in Texas, Leach said. The hemp plant might look like a cannabis plant and is related to it, but it will not get users high like the marijuana plant, according to online health magazine, healthline.com.

Leach sells Delta-8 in her store and said Delta-8 can produce a psychoactive reaction, meaning there might be a soft “high” feeling when consuming the product.

THC is the main component associated with a high-like feeling in cannabis products. CBD and THC have the same chemical components, but they have different structures, which makes the reaction of the body to CBD or THC different, researchers said.

Social media, like TikTok or Facebook, are full of reviews on the products. Many users talk about taking Delta-8 for their anxiety and relaxation. There are entire Reddit threads for users exchanging information about how to consume it and reviews of gummies, vapes, or tinctures.

Toni Chops, the owner of Piercing Poli’s, sells both CBD and Delta-8. He said that the federal legalization of marijuana is becoming more of a possibility and hopes that Delta-8 remains legal, but recognizes there are some issues that come with easy access to the products.

“I believe that individuals who abuse products, use them underage, or distribute them to minors, do ruin it for everyone who follows the appropriate laws,” Chops said. The legal age to buy Delta-8 is 21, the same legal age to buy alcohol and cigarettes.

Product labels indicate not to drive while under the influence, just like when drinking alcohol. The consumer must be aware, like full-spectrum CBD, Delta-8 can be detectable in employer drug tests.

Leach said that the hemp product’s chemical components will attach to body fats and stay in the system for 30 days. Drug tests will detect Delta-8 or full-spectrum CBD as marijuana.

“I usually tell my customers right away, that if they are likely to get tested, they maybe should use other CBD products,” she said.

Unlike Delta-8, CBD is available as topical creams, which means CBD can be used to target a specific problem, for example, back pain or joint pains like arthritis. Some research shows that there’s also a potential healing effect of CBD for pets.

El Paso’s history with cannabis products is long. In 1915 was among the first cities in the U.S. to ban marijuana use after a local sheriff pushed the idea that it provoked violent crimes. On June 4, 1915, an El Paso Times article praised the city for taking “a stand against the traffic in marijuana, known to be the deadliest drug on the market.”

Much has changed through the years. El Paso City Council last year approved a “cite-and-release” policy for people found with small amounts of marijuana. Possession of the drug at a Class A or B misdemeanor level will no longer lead to an arrest but a citation, much like a traffic ticket, will be issued.

Alison Alber studied multimedia journalism at UT El Paso. She served as a reporter on Borderzine staff in spring 2021.