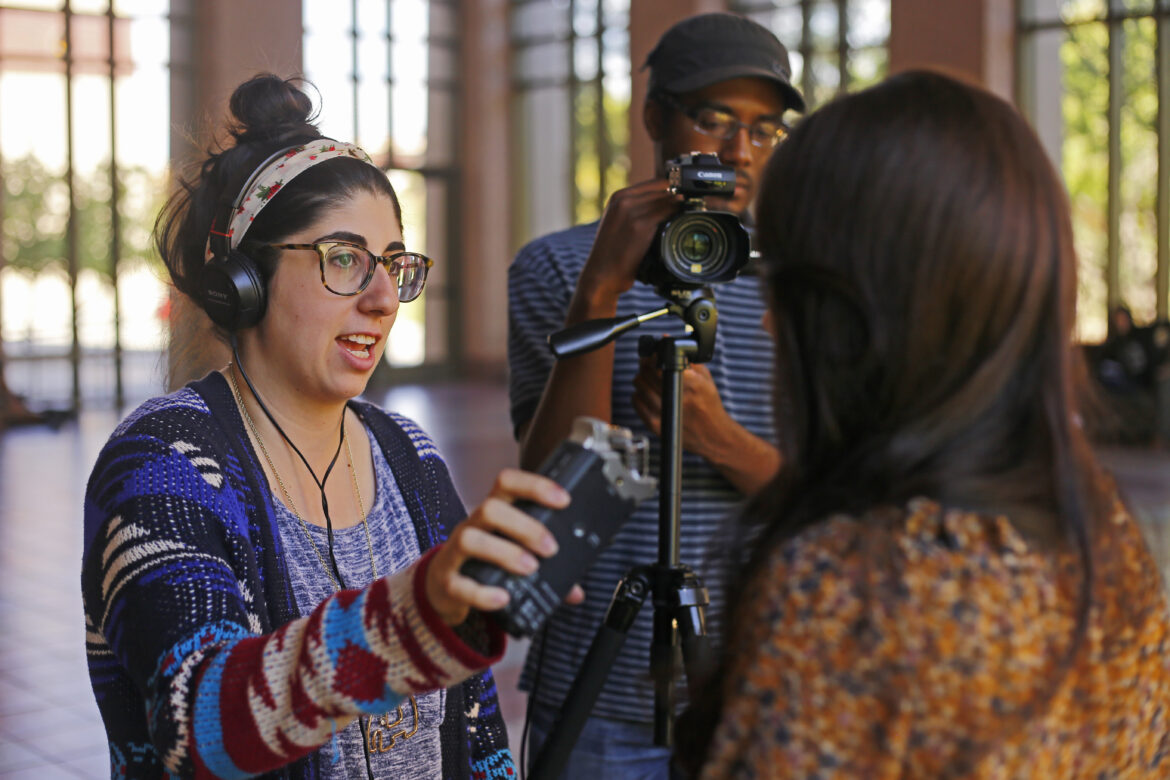 Students in the multimedia journalism program at UTEP learn real-life skills by reporting on life in the borderland.

Microsoft is providing money and technology support to news organizations in El Paso-Ciudad Juárez and three other communities as part of an effort to bolster journalism, the company announced Wednesday.

“The first focus area of the initiative is to work in partnership with local community foundations to help  support local newsrooms. We hope we can support these newsrooms and journalists as they use the  latest tools and technology to tell stories in new ways, experiment with new revenue streams and  funding models, and work together with community organizations,” said Mary Snapp, vice president of strategic initiatives for Microsoft. “We will bring technical expertise to  the pilot community newsrooms and will partner with other industry organizations and foundations to  share expertise and experience that will further expand the reach and impact of the initiative.”

The details of the program are still in development, but will include a grant to the El Paso Community Foundation to support nonprofit news organizations, including El Paso Matters, KTEP public radio, the University of Texas at El Paso multimedia journalism program and La Verdad. The amount of the grant hasn’t been announced.

Microsoft also will offer a variety of pro bono and discounted technology assistance to nonprofit and for-profit news organizations in El Paso-Juárez and the other three communities it has chosen for the project — Fresno, California; Yakima, Washington; and Jackson, Mississippi, and the nearby Delta region.

“This effort is part of our overall corporate and social responsibility efforts,” Snapp said in an interview with El Paso Matters. “As you know, we’re very engaged broadly in topics like sustainability, support for people with disabilities, humanitarian relief with U.N. agencies and those kinds of things. So as we started six or eight months ago, we became more increasingly aware of the state that journalism was in, in the United States.”

She said Microsoft looked at 20 to 30 communities for its new program before settling on the four it chose. The company also chose El Paso-Juárez in 2019 as one of six communities for its TechSpark program, which seeks to bring transformational technologies into local economies.

She said El Paso had a variety of news outlets — digital, print and broadcast.

One other asset for El Paso was the journalism program at UTEP. Media organizations across the country have emphasized the need to diversify their newsrooms in recent months, and UTEP journalism students are predominately Hispanic.

“We thought it could really help serve as a lab potentially for some of this modern storytelling and getting more people interested in being journalists,” Snapp said.

Eric Pearson, the CEO of the El Paso Community Foundation, said Microsoft’s support of El Paso-Juárez journalism is an important investment in the community.

Microsoft said in its announcement that it would be working with community foundations to bolster local journalism. Pearson said that’s a good fit.

“A good, solid journalism ecosystem and a good, solid community foundation are partners, their cousins, because they’re committed to public service and they are reflective of the community at every turn,” he said.

This article first appeared on El Paso Matters and is republished here under a Creative Commons license.” data-src=”https://elpasomatters.org/?republication-pixel=true&post=7028&ga=UA-158587614-1″ />