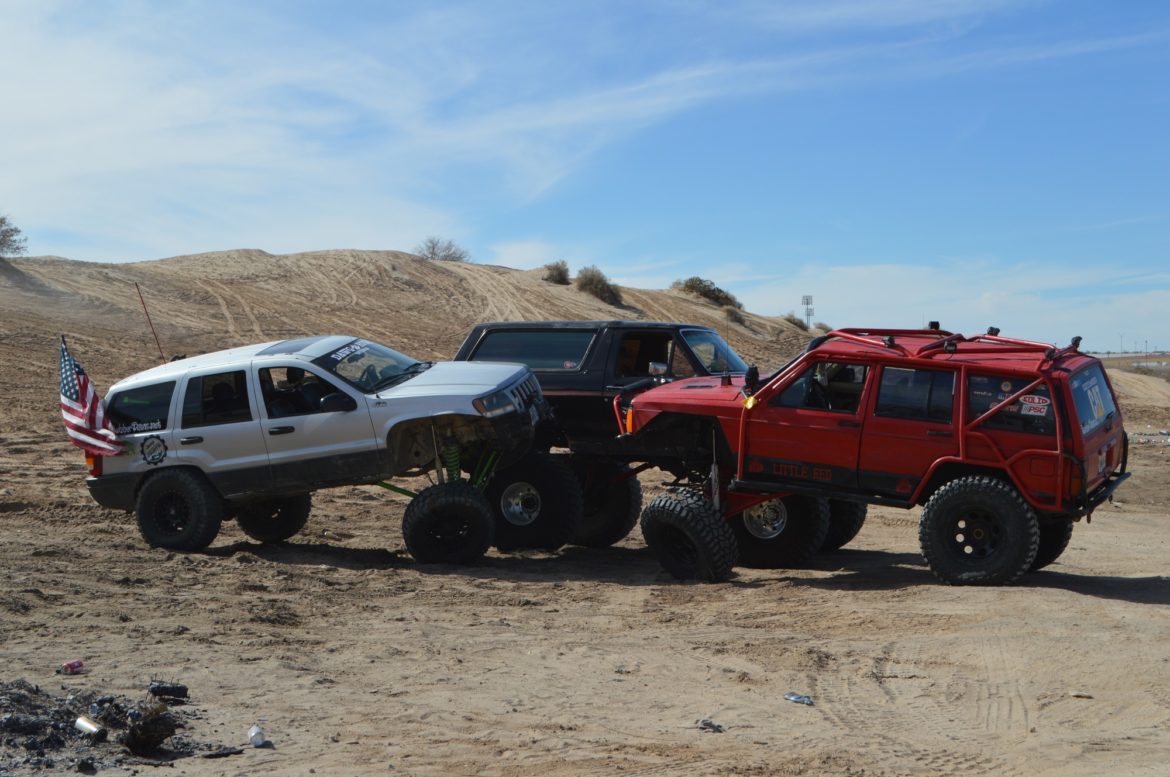 The sounds of off-road vehicles grinding through the desert in east El Paso County are mostly just a memory now. The sprawling dunes area known as Red Sands is closed and Sheriff’s patrols are turning off-road enthusiasts away to limit the potential for public contact over coronavirus concerns.

But, before the closure, the sounds of 4x4s filled Red Sands day and night as groups of vehicles roamed the rugged terrain, climbing over dunes and sometimes getting stuck in the soft sands. That’s when the Texas Rescue Patrol might come to the rescue.

The Texas Rescue Patrol is a group of volunteers who are part of the off-roading community who respond to calls for help and try to do whatever they can for stranded vehicles or accident cases, especially in the hard-to-reach areas of the desert. According to its website, The Texas Rescue Patrol has about 40 members, who volunteer their time and personal resources to help out a potential 4,500 square mile response area in the Chihuahuan desert. The group has access to ATV’s, horses, drones and other equipment that helps them respond to accidents. In addition to rescue efforts, the Texas Rescue Patrol conducts safety trainings and workshops for the public.

“Some people just don’t, uh, how do I say it? They just go crazy, with no concern for safety and that’s what causes the accidents,” said Rick Peinado, 41, a Texas Rescue Patrol volunteer. Peinado has been off-roading the desert since he moved to the Montana Vista area of El Paso at age 13. He has been volunteering with the patrol since 2017, a year after they formed.

He said volunteers are committed to supporting a safe off-roading community.

“If we need the horses they bring them same thing with the drones. It’s a team, if we need them they come, all volunteers,” Peinado said.

Jamil Moutran is the creator and chief of the Texas Rescue Patrol. He is also the owner of Rent-A-UTV Off-Road Adventures, a UTV rental place located at the entryway to the Red Sands area.

“Jamil and those guys are great they pretty much saw a need and they filled it, they filled that need very well,” said Martin Arellano, 35, a frequent off roader.

The group responds to many incidents ranging from minor injuries to major roll overs. Recently, Polaris donated a Ranger Crew 1000XP rescue vehicle to the Texas Rescue Patrol. It can transport seven first responders and one patient across the most difficult to reach off-road settings. Arellano said this sort of equipment is essential for desert rescues.

“I’m sure you’ve seen an ambulance or firetruck, they’re all big heavy vehicles that couldn’t handle the terrain. The Texas Rescue Patrol have an EMT prepped jeep that can make it out here just fine,” he said.

Arellano and Peinado are both active on a popular off-roading Facebook group called Dirt Alert El Paso. The members of Dirt Alert help each other out when they’re stuck in the dunes. Anyone that finds themselves stuck in the middle of nowhere can pin their location, post it on the Facebook group and soon one of over 13,000 members will respond.

“I’ve used it a couple of times, had a flat tire posted it on there and someone comes out to help you,” said Christian Slaughter, 27. He is an Army soldier, stationed in El Paso and often goes off-roading with his 4-year-old son. “I’m just glad that there is something like that, that people would volunteer, that there’s people like that, that will help. It’s all good.”

To demonstrate how the community works together, Arellano posted pictures of a mess left behind from a party in the desert. By the end of the day the post was shared and commented on enough that the culprits went back and cleaned up their mess.

“That’s the exact response we were looking for,” Arellano said.

Now, many members of Dirt Alert El Paso are responding to concerns over the spread of coronavirus by urging people not to go out to the desert where they’re risking their own safety and that of anyone who would come to their rescue. 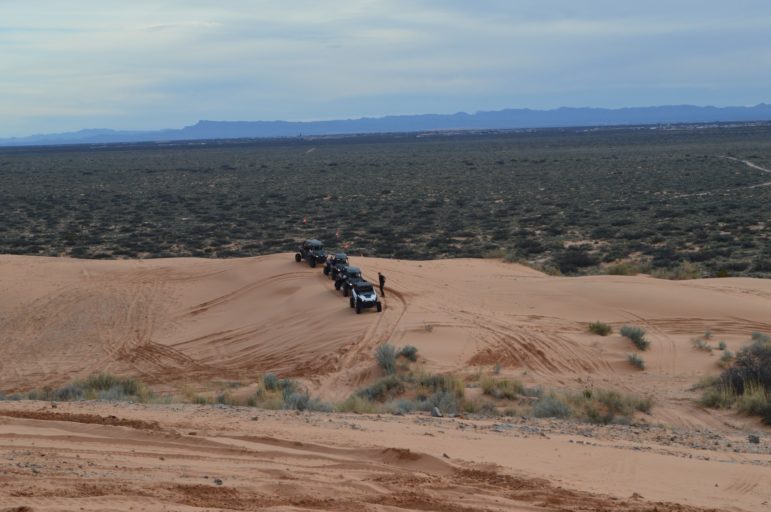 While off-roaders have built up a self-policing community and support each other on the trails, Roger Esparza, fire marshal for El Paso County Emergency Services District 2 said they are largely operating on private properties. Montana Vista Fire Department has the gear and training for desert rescues, but is concerned that off-roaders shouldn’t be rolling through Red Sands in the first place.

The dangers of off-roading can lead to serious injury from rollovers or being ejected from the vehicle. Esparza said rescue efforts should be led by professional, official first responders.

“If people were allowed to do that how many people would want to create their own little rescue patrol to bypass the government? We don’t want people freelancing because what happens when those people get hurt,” he said.

Michael O’Connor, a member of the Texas Rescue Patrol, is a combat medic currently stationed at Fort Bliss. He says several other members of the patrol have similar medical training.

“It doesn’t get more professional than that,” O’Connor said.